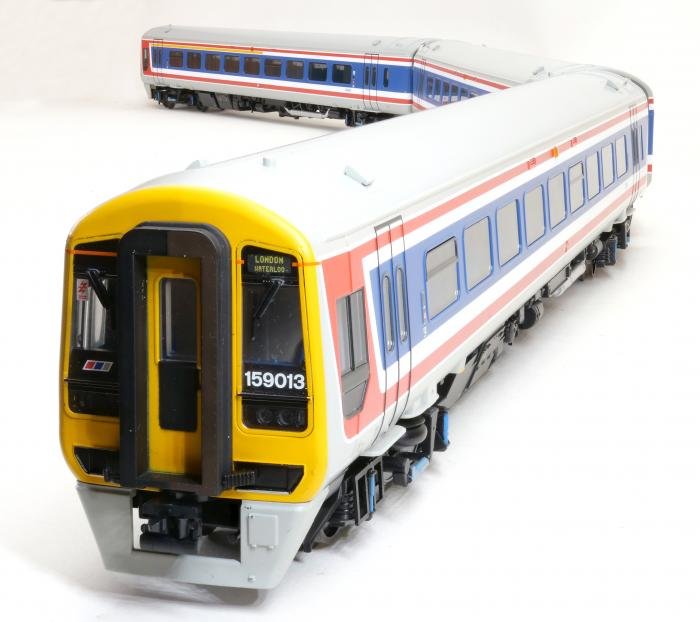 The new Class 159 is worlds apart from the previous release in every respect. Highlights include twin speakers, a single decoder, low-profile mechanism and function controlled interior lighting.

SOMETIMES it takes longer to produce a model than might be first expected. It might be a lack of drawings, a change of direction or to improve on the breed and enhance a model’s specification.

Bachmann’s new models of the Class 158 and 159 secondgeneration Diesel Multiple Units (DMUs) fall into the latter two categories. Originally the previous Bachmann 158 was to receive a new chassis to prepare it for Digital Command Control. Partway through that project the decision was made to start from scratch instead. That led to new thinking which could make this one of the best ready-to-run multiple units we have seen for British outline ‘OO’ gauge yet.