If you’re building a 1/35 Panzer and want to make it look busy, MiniArt’s new five-strong Totenkopf figure set could be just the ticket. 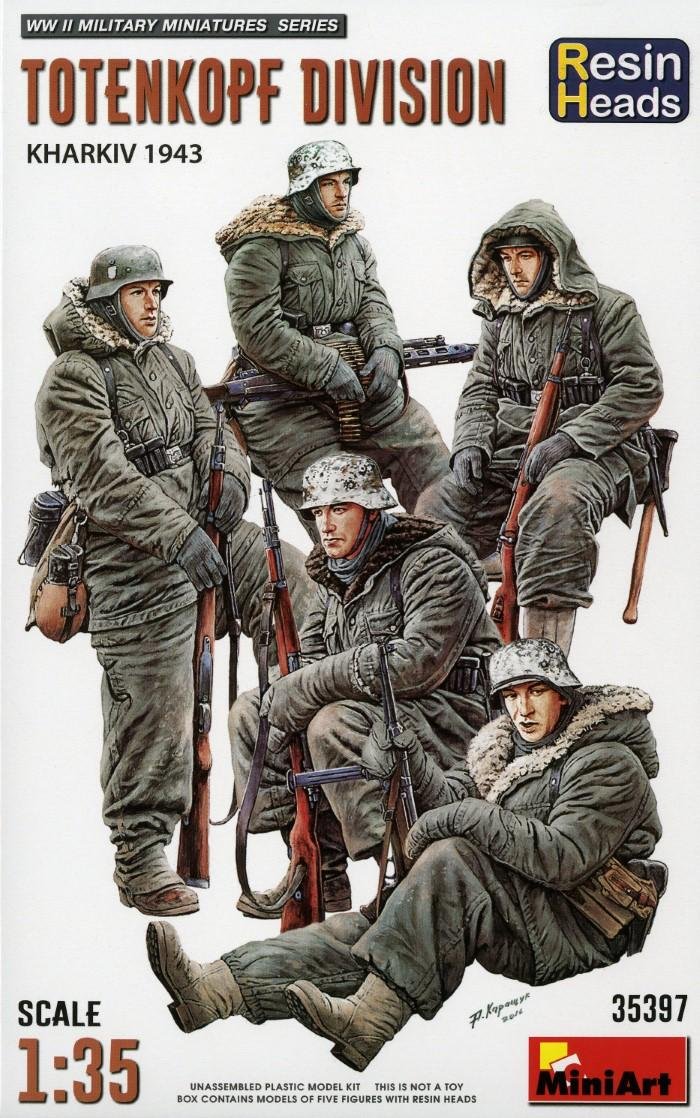 Ukraine’s MiniArt has long offered sets of figures. The early products were renowned for having plenty of definable character sculpted into the faces, but a change of sculptor along the way meant these superb features were lost. After this, the faces were still good for styrene… just not quite as impressive as before.

The company’s figures have always been worthy overall, though, with convincing creases and folds in the clothing, and accurate-looking equipment. However, MiniArt has chosen to up the ante with its latest set, 35397, branded Totenkopf Division Kharkiv 1943. Here, resin heads are supplied besides the great many styrene body components (there are also styrene heads), and the detail on the former is certainly sharper than the styrene. The demeanour of the troops’ faces is seemingly tired and serious, although one example has a hint of a lopsided smile. 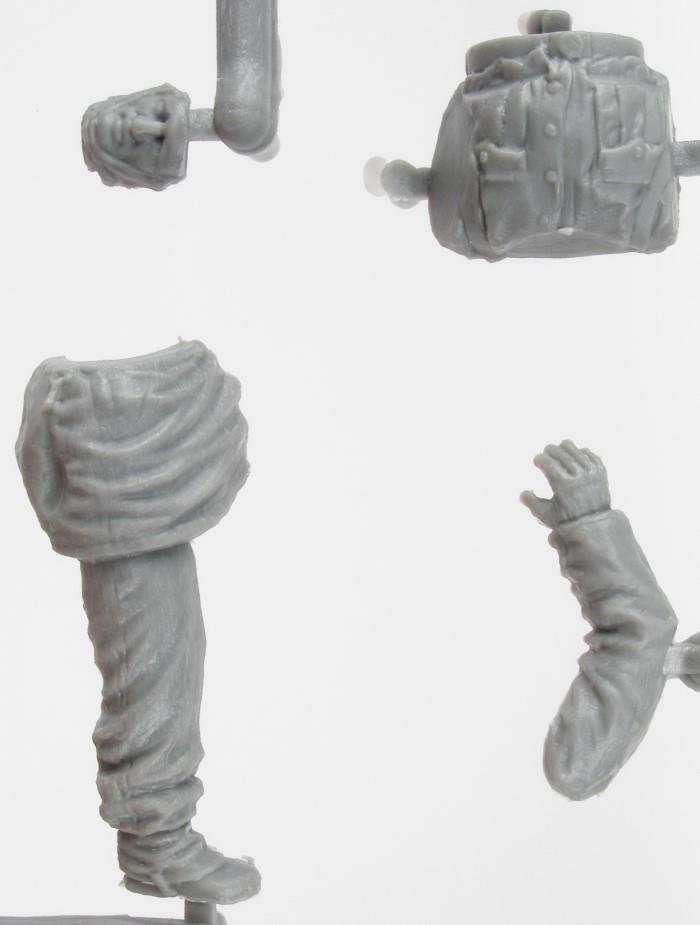 All the soldiers, members of the 3. SS-Panzergrenadier Division Totenkopf on the Eastern Front (Battle of Kharkov – note the alternative, more common spelling), are moulded in slightly different sitting positions, ideal for placement on a tank. However, they could also, with a little thought, simply be placed in their own scene relaxing on boxes, logs, or even hard on the ground with one of the subjects. 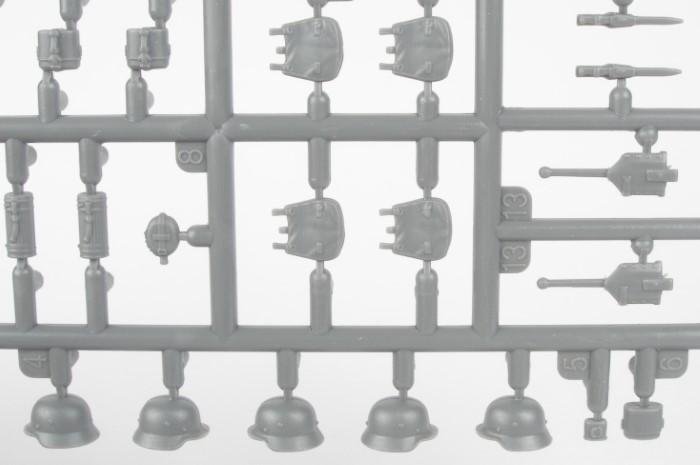 Winter gear is worn by every soldier, with reversible fleece-lined hooded pullover smocks and quilted trousers, and cold-weather boots. Each subject wears an M1943 helmet and standard belt gear, but the ammunition pouches differ depending on the weapon carried. Three men have Model 1911 cartridge pouches to accompany their K98k rifles, while another has the longer pouches associated with MP 40 magazines (this weapon is included). The last soldier, with the most ‘punch’, is armed with an MG 42 machine-gun, which comes with optional folded or deployed bipods, a drum magazine and spare barrel carrier, and a straight length of cartridges. The last item is not mentioned on the instructions, but may catch out the novice who doesn’t know what it is. The machine-gunner also wears a dedicated toolbox for his weapon. 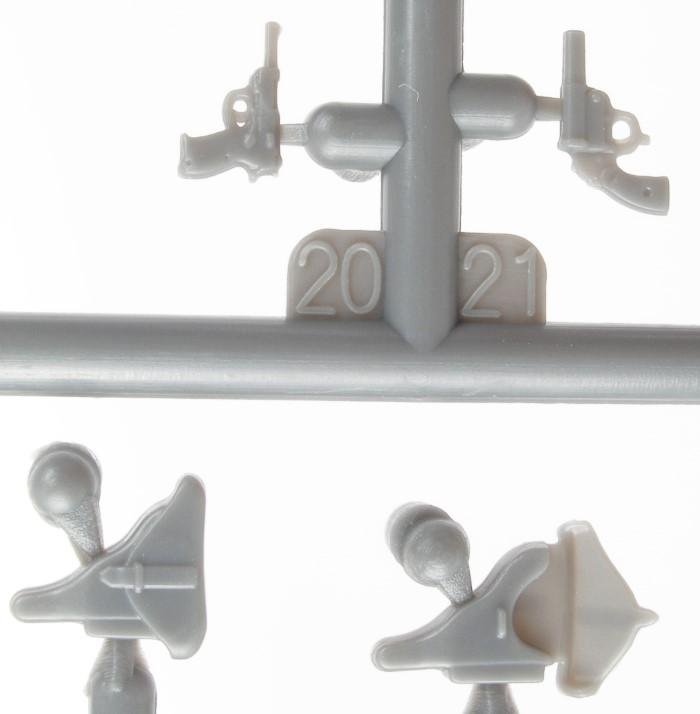 There is a wealth of other personal equipment here, including entrenching tools, map cases with pencil sleeves, Brotbeutel bags, water bottles, gas mask cannisters, a flare pistol and Walther P38, closed and open holsters, bayonets, ammunition boxes, an oil can and other items. Other pleasing points are that one man has his hood up over his helmet, and all wear winter snoods.

Diorama modellers, those just wanting to enliven a smaller scene or give more life to a Panzer will find this set useful. Some of the parts have a modicum of flash and large mould stubs, but once these are removed, little neatening is required. It costs £13.99 and is available via the UK importer Creative Models: www.creativemodels.co.uk