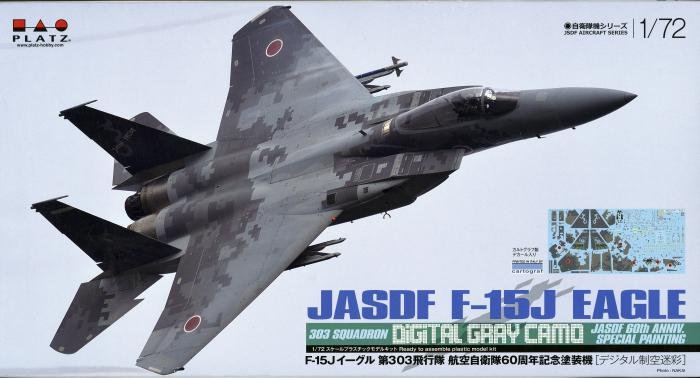 Japanese manufacturer Platz has certainly got the most from its 1/72 F-15J Eagle tooling, which first hit the shelves in 2015. Twelve boxings have been released so far, with differing colour schemes (including special liveries), but a new iteration is now available. Kit 3980 offers a JASDF 303 Squadron machine in digital grey camouflage, painted specially to mark the 60th anniversary of the Japan Air Self Defense Force, in 2014.