It’s the 80th anniversary of the Battle of Midway this year – and in commemoration, manufacturer Academy is set to release up to eight relevant kits in the coming month. Here we highlight the first two… 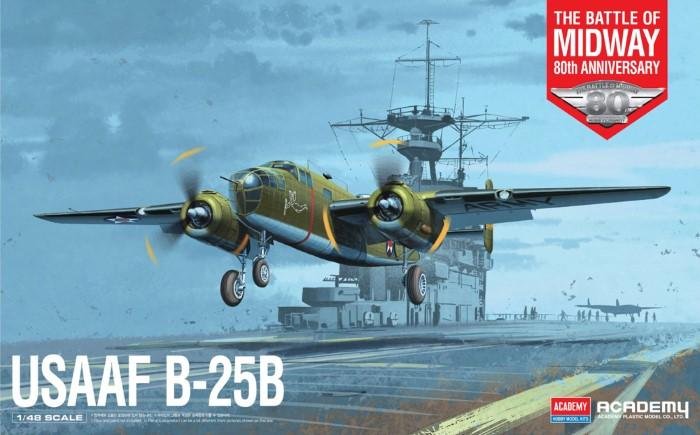 The pivotal Battle of Midway, in June 1942, is a fine subject for building on a theme, and the fact is obviously not lost on South Korea’s Academy, which is releasing two thus-branded aircraft this April/May.

The first is a 1/48 USAAF B-25B Mitchell (PKAY12336) - actually the excellent Accurate Miniatures kit - but it’s a Doolittle Raid package with decals for all the 16 participating aircraft. Supposedly, the Doolittle attack on Tokyo was the catalyst for the Japanese plan to lure US carriers into a trap and invade Midway. It’s a slightly thin link, but at least it’s a chance to again obtain AM’s superbly detailed tooling. This is great value at £35.99, and it also includes canopy masks. 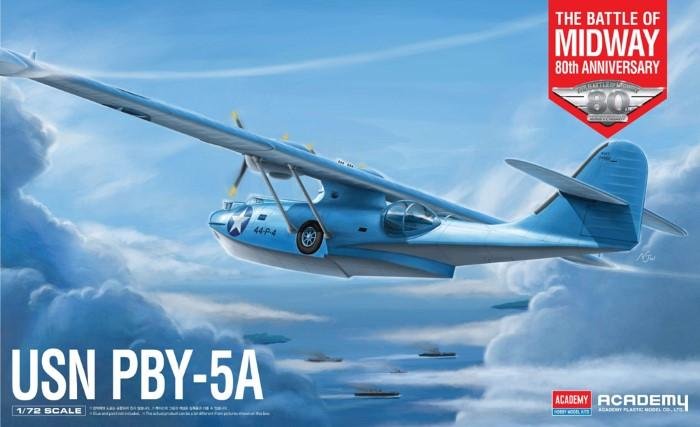 In 1/72 scale, we can also expect kit PKAY12573, which is a US Navy PBY-5A flying boat from the Battle of Midway. There are two sets of markings:

This also represents decent value at £23.99, with the addition of a canopy mask sheet.

The kits are being imported by Bachmann Europe: www.bachmann.co.uk and the other Midway releases will follow later in the year.