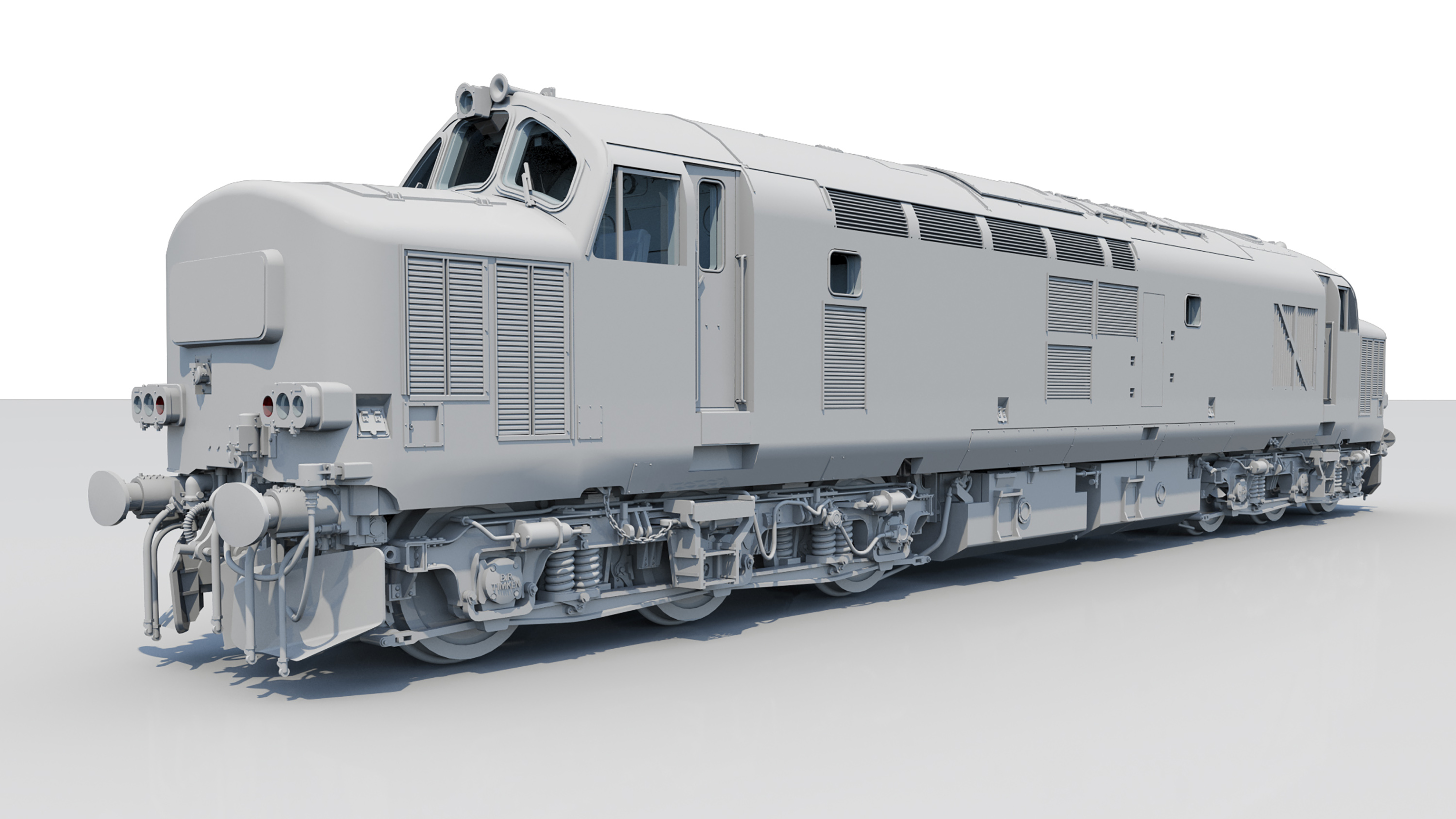 Accurascale’s series of Class 37 sub-class models is shaping up nicely, offering additional choice for modellers. This is a 3D render of the CAD drawings for 37423.

CONTEMPORARY ERA Class 37/4s are being modelled for ‘OO’ following Accurascale’s announcement of its fifth and final Class 37 variant for its first production run. The series of four locomotives all model Class 37/4s which are currently running on the national network in a variety of colour schemes which haven’t been modelled before accurately.

The fleet of 31 refurbished Class 37/4s was completed at Crewe Works in 1985-1986 with the most significant upgrade being the addition of Electric Train Heat (ETH) to allow them to work with more modern coaching stock. Withdrawals through DB Schenker started in the late 2000s, but Direct Rail Services acquired 13 engines to join its existing two and rebuilt eight for further use.

The DRS overhauled locomotives have a number of detail differences which haven’t been modelled before including 37423 which is unique in the sub-class for having WIPAC light clusters, a cab top headlight, nose end multiple working sockets and numerous other details. All this is being modelled by Accurascale for its version of 37423 Spirit of the Lakes in DRS Compass livery. It will be joined by models of DRS operated 37409 Lord Hinton in BR large logo blue, 37419 Carl Haviland 19542012 in InterCity Mainline colours and 37425 Sir Robert McAlpine in Regional Railways colours. These locomotives will also feature unique details including large LED taillights and plated bodyside windows.

The specification for the new Class 37/4s matches that announced for the previous Class 37/0 and 37/6 sub-classes with a choice of formats – the latter with a twin speaker set up and ESU LokSound V5 decoder. The drive systems will consist of a centrally mounted five-pole motor, all-wheel drive, helical gearing, accurate lighting, stay-alive power pack and a die-cast chassis for weight.

Prices are set at £169.99 DCC ready and £259.99 DCC sound fitted. Delivery is due in early 2021 and models can be ordered direct from Accurascale and its stockists.