The collection of HYA coded bogie hoppers from Accurascale for ‘OO’ gauge is expanding with announcement of the shortened version. Around half of the 368 strong HYA fleet was reduced in length between 2016 and 2021 to make the vehicles better suited to the high density aggregate traffic they are now used for.

Rebuilding was prompted by the doubling of the UK’s carbon tax from April 2015 which saw vast number of coal hoppers placed into store. Many were moved to aggregate traffic, but their length and carrying capacity weren’t suited to their new role. VTG started the shortening process by commissioning WH Davis to remove the centre bay from HYA hopper wagons which are operated by GB Railfreight.

In service the shortened HYAs are mainly hauled by GBRf Class 66/7s on traffic flows for Aggregate Industries from Bardon Hill, Coton Hilland Grain, with Cemex from Peak Forest and Tarmac from Arcow and Rylstone. The Accurascale cut down HYA is already at the decoration stage – alongside the full length HYA and IIA wagons – with Tarmac, Cemex and unpainted NACCO liveries planned for the first production run.

The specification includes provision for conversion to finescale track gauges, prototype specific details, detailed printing and a working tail lamp on one wagon in Tarmac and Cemex colour schemes. The price per twin pack is £74.95 with release planned in late quarter two of 2021 alongside the previously announced HYA and IIA wagons. 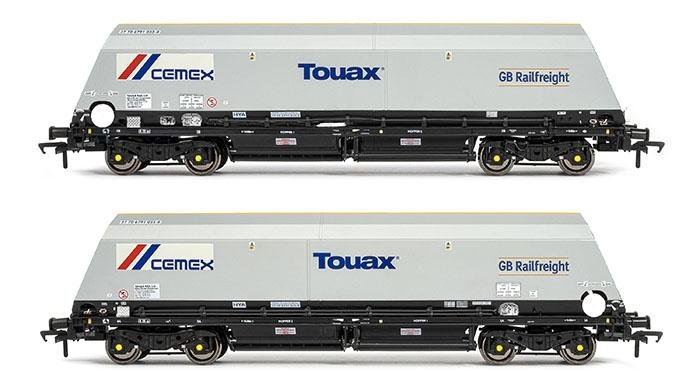