One of the most revolutionary trains ever to take to the rails in the UK was the Advanced Passenger Train – Experimental, which was taken out of service 40 years ago this year. EVAN GREEN-HUGHES looks at the development of this pioneering machine. 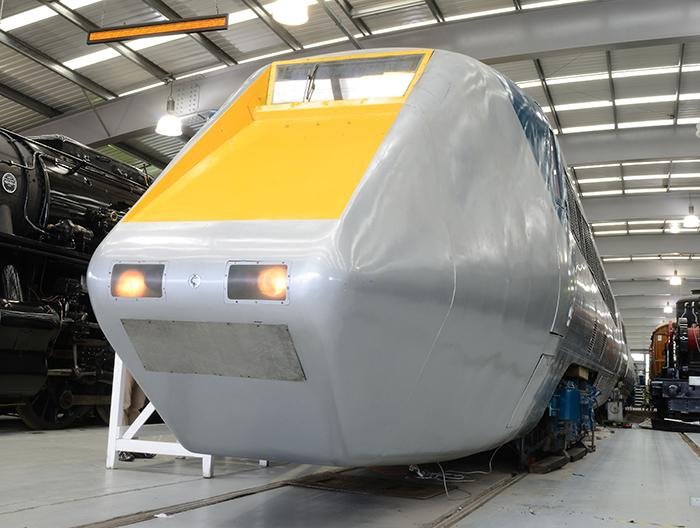 Above: The Advanced Passenger Train - Experimental forms part of the National Collection and is displayed at Locomotion in Shildon as a static exhibit.

Only four years after the last of Britain’s steam engines was removed from service a remarkable train began trials on the railway around Derby. Powered by gas turbines, streamlined like nothing else on the rails, built like an aircraft and designed for cruising speeds of more than 150mph this four-car unit was genuinely revolutionary. Its ability to tilt into corners promised journey times unthinkable only a decade previously and its futuristic construction promised fuel savings that could have transformed the economics of railway operation.