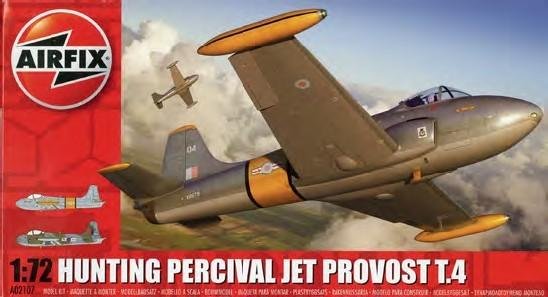 For the third iteration of its 2016 kit, Airfix has supplied new markings to accompany the four styrene runners, with options for a two-tone grey or camouflaged airframe. This means there’s a combination of raised and engraved surface detail on the exterior and acceptable renditions of the type’s Martin- Baker Mk.4 ejection seats, while the complex shapes of the exhaust nozzle/rear fuselage are captured faithfully. This is a great kit straight from the box; easy to assemble and the perfect canvas for those seeking greater refinement via aftermarket parts. The schemes depict the same airframe at different times during its RAF service, but note just the fuselage band for the first choice is supplied on the decal sheet – all other yellow areas must be masked and painted: 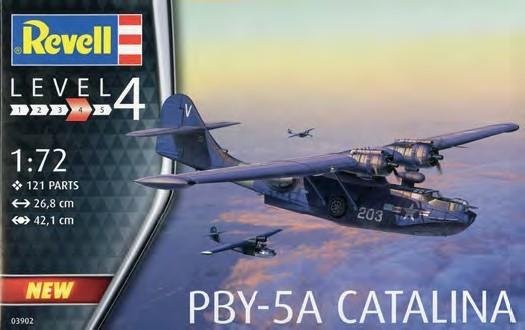 Re-packaging other manufacturer’s kits seems all the rage and this is Academy’s delightful Catalina in a Revell box, with new decal schemes. It depicts the amphibious PBY-5A variant, with tricycle undercarriage, early/late batch nose-turret armament and underwing stores provision, but the highlight must be the surface detail, with delicate engraved panel lines and rivets. Despite the original moulds being more than 25 years old, there’s a surprisingly busy interior, with detailed cockpit and mid-fuselage gunners’ positions, plus optional raised/lowered undercarriage and wing-tip floats, while the type’s ‘plank-style’ wing is rendered in three sections. There are two liveries, one overall Glossy Sea Blue, and the other in wartime Blue Gray/Light Gray 602: 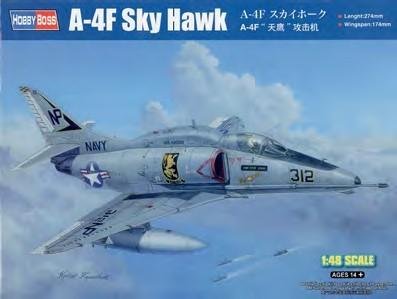 Despite the subject’s popularity, the A-4 Skyhawk hasn’t received much attention in 1/48 scale, so Hobby Boss’ ‘scooters’ have filled a major market gap. It comprises ten styrene runners, with options for open/closed canopy and airbrakes, and an airframe with/ without the dorsal avionics ‘hump’; chaff dispensers are moulded integrally with the fuselage, but references should be checked for the correct configuration. The cockpit has pleasing moulded detail, but unfortunately the instrument panel doesn’t appear accurate. Other (arguably minor) shortfalls include the lack of a cranked refuelling probe (for a late airframe) and extended slats (common on parked A-4s). Three markings options are included, although those for the aggressor machine are coloured incorrectly: 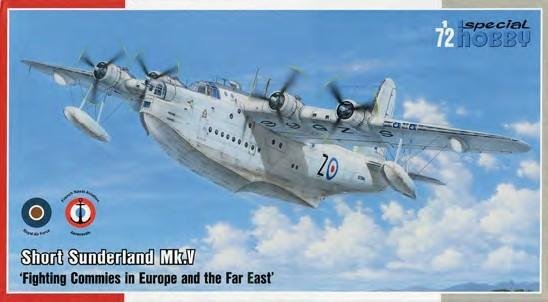 There have been kits of Bristol Pegasus-powered Sunderlands, but Special Hobby’s offering is the first of the Pratt & Whitney Twin Wasp configured Mk.V. Comparisons with Italeri’s 2012 release are perhaps inevitable, but this newly tooled Sunderland (which comprises 12 styrene runners, all packed with superbly moulded parts), boasts a fully furnished interior, with crew rest stations, upper-fuselage beam gun positions and convincing floor plating. The exterior is similarly impressive with engraved panel lines and cut-outs for mid-upper, nose turret and planing hull sections. Best of all, the unused parts give a strong hint that earlier variants will follow in future. There are four schemes: 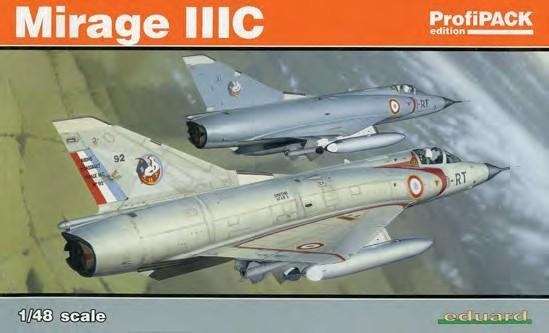 Eduard’s Mirage III makes a return in ProfiPACK format, complementing the nine runners of beautifully moulded parts with a pre-painted photo-etched (PE) metal fret and pre-cut masks for the canopy and paint schemes. There’s a busy cockpit, with optional styrene, PE or decal side consoles and instrument panel plus full-length exhaust nozzle and detailed undercarriage bays. The canopy can be fixed open/closed and there’s a selection of weaponry to adorn the underwing and fuselage pylons. Five schemes are provided: 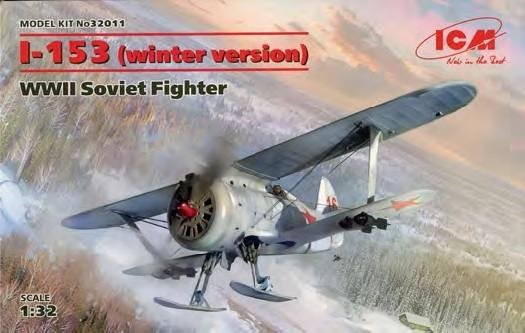 ICM has been quick to capitalise on its delightful 1/32 I-153 (see Reviews, July 2019), with the skiequipped version the subject of this boxing. It shares the same four styrene runners as its predecessor, but adds a fifth frame for the new landing gear, plus a new decal sheet. Modellers will be able to enjoy the lovely interior, complete with a full tubular framework ‘tub’ and associated controls, gauges and oxygen bottles. The type’s stubby fuselage is captured faithfully, as is the upper gull wing, while all control surfaces are poseable. A choice of underwing armament is supplied, while the engine is a veritable miniature kit. Three schemes are provided on the well-printed decal sheet; note the Finnish insignia are supplied as five-piece items: 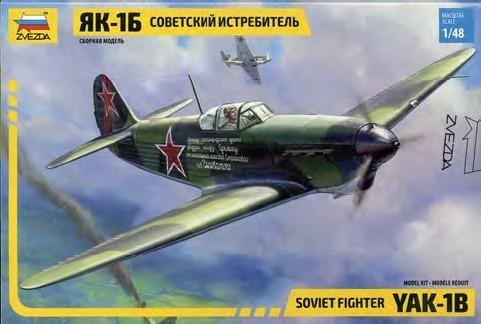 Accurate Miniature’s 1/48 Yak-1 is back, this time in Zvezda’s sturdy packaging, with parts provided on eight styrene runners for the later ‘low-back’ version. Despite its age, there is a well-appointed cockpit, which features interior framework and an accurate representation of its partially open floor, while the type’s predominantly wooden exterior results in a convincingly smooth surface, with metal panels for the fuel tank access hatches, cockpit armour and engine cowling. This is a great subject for modellers of all skill levels, with four decal choices, all for standard wheeled undercarriage machines: 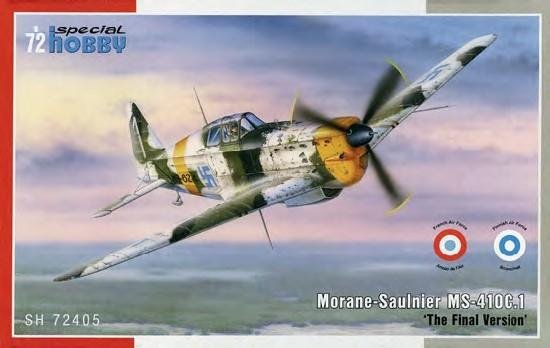 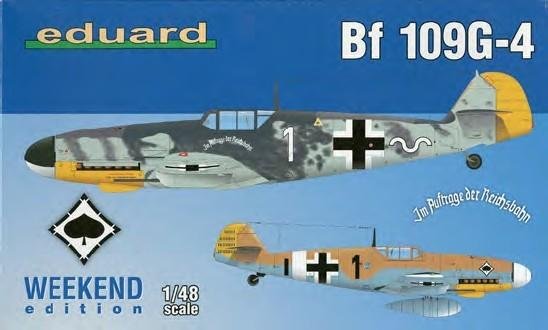 Eduard’s kits offer great value and none more so than the ‘Weekend’ series, which includes styrene parts and two markings options. Its Bf 109G-6 is no exception, with crisply moulded parts on five styrene runners. It includes a busy cockpit with a choice of moulded styrene or decal instrument panel and exterior surfaces benefit from restrained panel lines and rivets, all engraved finely into the plastic. Flaps can be fitted in the raised/lowered positions and there are underwing MG 151/20 gondolas for the R6 (Rüstsatz)- configured airframes. Notably, the painting/decals guide now includes Mr. Hobby and Mission Models colours. The two schemes are: 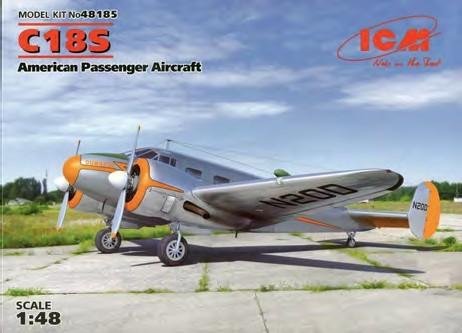 This is a break from ICM’s previous Beech Model 18s, as it represents a civilian (as opposed to military) airframe, but the styrene contents are unchanged, being provided on four styrene runners, plus separate upper/lower single-piece wing halves (with integrally moulded engine nacelles). It includes a fully fitted interior (although seat configurations varied depending on the operator), plus well-appointed undercarriage bays and radial engines. This is a great beginners kit, as most of the smaller, fiddly items can be omitted if necessary, while the instruction stages are clear and well laid out. Most trim is supplied in decal form, except for cowling rings, nosecone, rudders and elevators, but modellers will need to check references, as the orange decals are a different tone when compared with the artwork. There are two markings options: 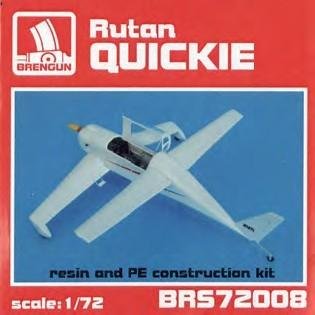 With such an unconventional design, it’s amazing the Quickie hasn’t been the subject of more kit releases. As it is, Brengun’s lovely newly tooled resin/photoetched (PE) metal offering is the first of the type. The forward/ lower wing is supplied as a single item, which ensures the correct anhedral and includes integrally cast undercarriage housings, while the upper/rear unit comes as two components, to be mounted on either side of the one-part fuselage. There are 12 resin items in total, plus a vac-formed canopy and a single PE fret, with most of the metal components intended for the cockpit, plus what appear to be trim tabs on the lower wing trailing edge. Markings are supplied for a single US-registered airframe, N14TC, complete with fuselage flash and representations of the engine grilles. 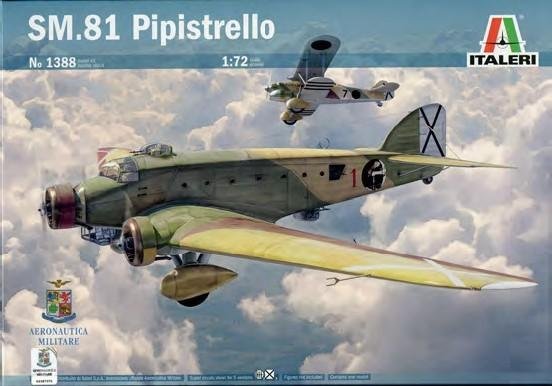 While the SM.81’s Supermodel heritage is clear to see, it’s obvious Italeri has tweaked the moulds as the exterior detail is recessed there are new bomb bays. Despite its age the Pipistrello (Bat) has well-furnished innards, featuring optional midfuselage gun positions, extended/ retracted dorsal/ventral turrets and acceptable engines. The highlight is the beautifully printed decal sheet, which offers perfectly registered markings for five airframes: