Airfix's latest release in its Vintage Classics range is truly deserving of the accolade, both in terms of kit heritage and the subject itself: a 1930 Bentley 4.5 Litre Supercharged – which is perhaps better known as the Blower Bentley. 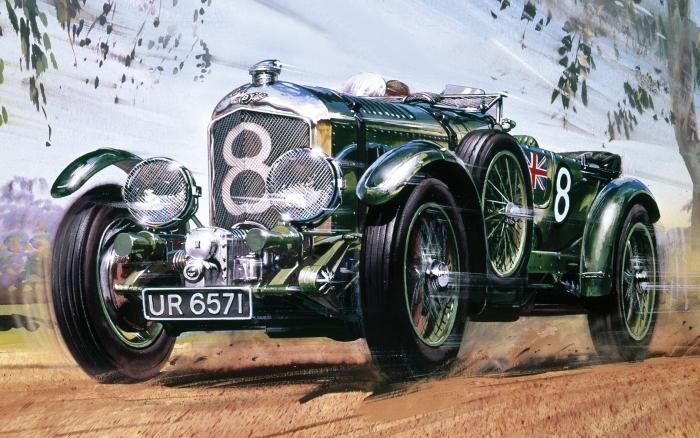 Parts for this massive 1/12 scale offering (A20440V) are unchanged from the initial 1971 release, with decals supplied for both entrants in the 1930 24 Hours of Le Mans race: #8 driven by Dr Dudley Benjafield and Giulio Ramponi and #9, crewed by Sir Henry ‘Tim’ Birkin and Jean Chassagne. With ten styrene runners and five hollow vinyl tyres plus a metal rod for the rear axle, Series 20 listing and a price of £99.99, this kit is aimed at the more experienced modeller.

Despite its age, all parts are well moulded, and there is surprisingly little flash, although several components appear slightly overscale in thickness and some modellers may wish to strip the chrome-plated items and respray them. It can be built into a gorgeous replica of the classic racer straight from the box (see Blown Away, AMW45 August 2014 for a full build feature on this kit), although arguably its real appeal will be as the basis for super-detailing, notably in the engine and open cockpit.

This is a welcome addition to Airfix’s Vintage Classics and one certain to adorn displays at model shows once these events restart. Further details are available via: www.airfix.com