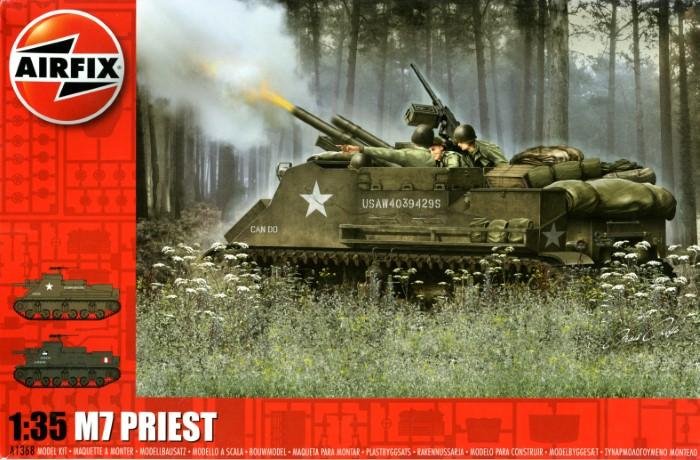 Like most open-topped armoured vehicle kits, the Airfix M7 Priest offers a pleasing array of visible detail – something lacking in traditional turreted tanks, unless you avail yourself of the more recent full-interior products such as those from Rye Field, MiniArt and the like.

The Priest moniker was used by the British Army – which generally used religious names for its armoured vehicles (think Bishop, Abbot etc); it was also possibly inspired by the type’s pulpit-like machine-gunner’s cupola.
Several manufacturers have kitted the Priest in 1/35 scale. Italeri first tackled it in the 1970s (re-boxing it several times since), and the same parts were re-released by Tamiya in 1984. China’s Dragon also released two different boxings and they were generally well received, offering splendid detail.