No sooner has Airfix announced its 2022 range than the first test-shots have arrived, in the shape of the 1/43 Jaguar E-Type, Bugatti Chiron and Pagani Huayra.

All three come as Starter Sets, so each includes a tube of Poly Cement, a paintbrush and four pots of Humbrol acrylic paint. First to arrive will be the E-Type (A5509) later this month, with the Chiron (A55005) and Huayra (A55008) currently scheduled to follow in March and April respectively. 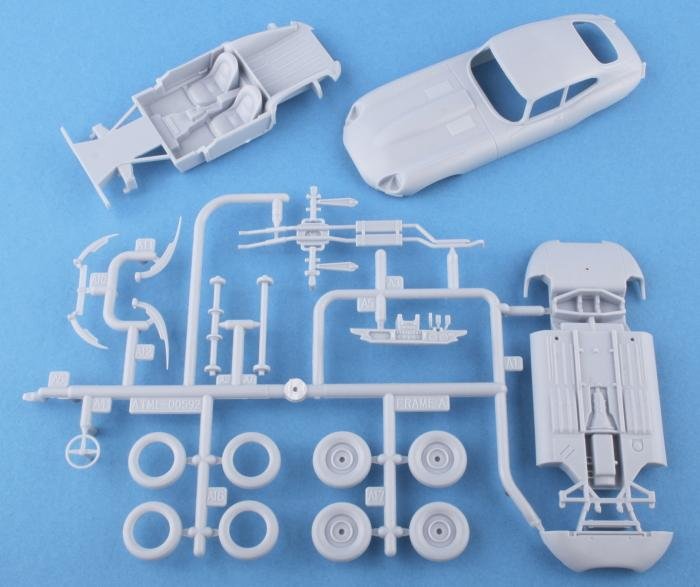 Above: The Airfix Starter Sets are simple, yet ultimately very effective. Here, the main parts for the Jaguar E-Type are shown, highlighting the clever breakdown of parts. The tyres come as styrene items.

Parts breakdown is simplified, with just a single styrene runner in each kit, along with separate bodyshell and combined chassis/interior components, but each item features excellent detail. Complex body shapes are captured accurately and the Jaguar even has integrally moulded seats, while dashboards, doorcards (where provided) and radiator grilles ooze refinement. 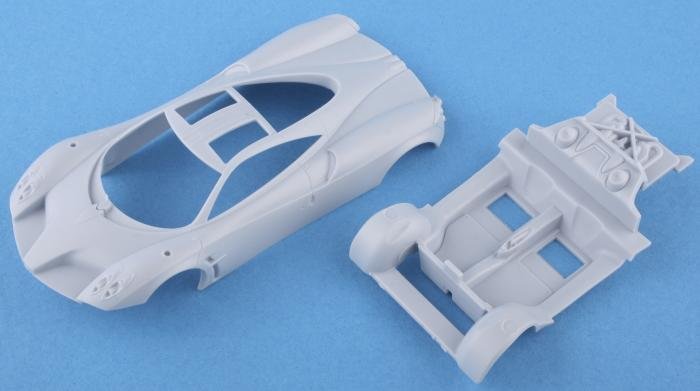 Above: Bodyshell and interior come as separate single parts – as here on the Pagani Huayra. Despite the simple parts breakdown, the detail is more than sufficient.

What makes all three stand out from the usual Starter Set range is their quality, and while the easy construction is aimed at beginners, they would be equally suitable for more experienced modellers wanting a different challenge, either in terms of scale or subject. 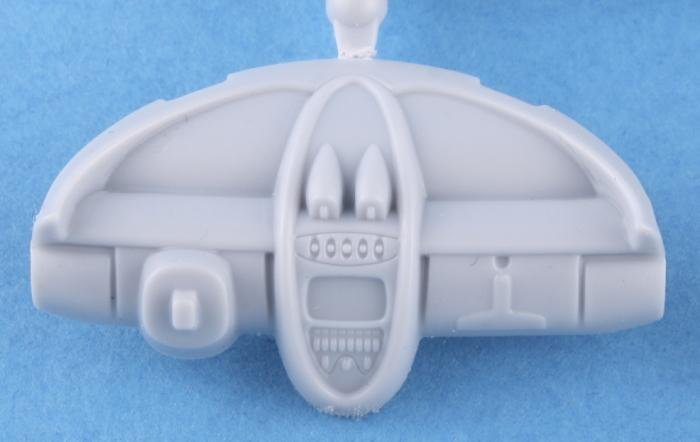 Above: Similar refinement is extended to the interior. Here, the Huayra’s dashboard comes as a one-piece installation that captures the type’s form accurately.

Above: Airfix has paid close attention to detail, such as the fine grilles on the Bugatti Veyron’s radiator panel, replicating its design faithfully.

These splendid new-tool Starter Sets are priced at £14.99 each. For more on these and other Airfix releases visit: www.airfix.com. View bonus extra images below: 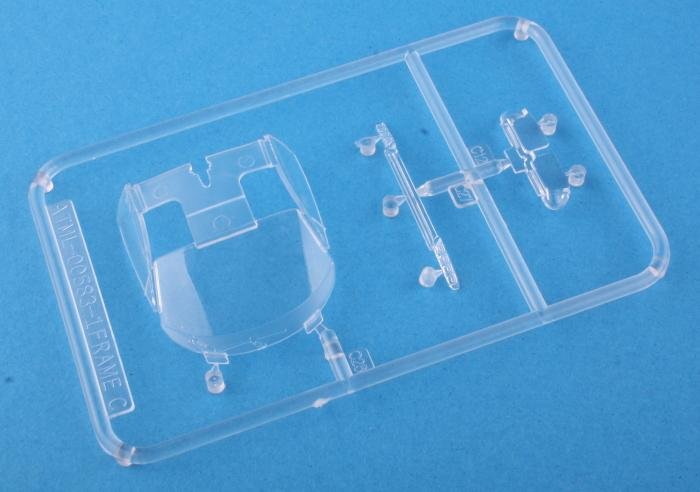 Above: Clear parts are restricted to an all-in-one glazing component plus the vehicle’s front and rear light clusters.

Above: Even the car undersides are replicated, such as on the E-Type, onto which a separate exhaust arrangement will be added.