Bringing supersonic capability to match Soviet MiG-15s, the Canadair Sabre was an important aircraft for the RAF in the early Cold War period. A 1/48 representation is the latest addition to Airfix’s fleet of early jet fighters, built here by Alan Price. 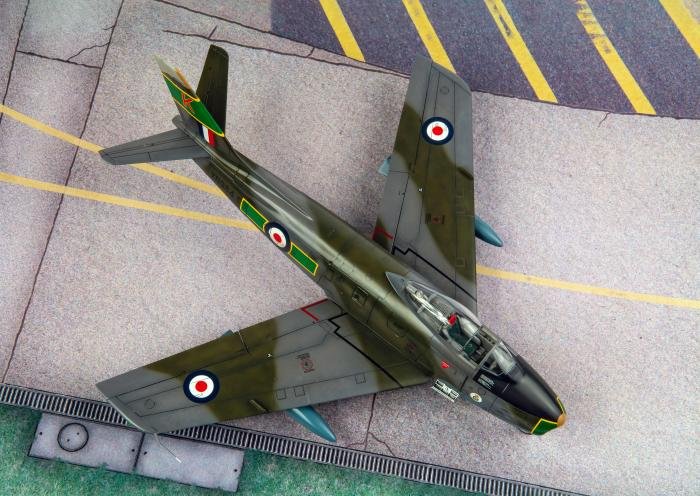 A licence-built version of North American’s F-86, the Canadair Sabre was used by the RAF between 1953-1956, operating just the Mk.4 type with a local designation of F.4.
Airfix’s new-tool kit represents this variant as operated with the ‘6-3’ wing – this was the late-style flight surface, which had a broader chord than the earlier slatted type. Many of the RAF’s aircraft were delivered with this configuration and were subsequently re-winged in service. Note that the example provided for this build was a preproduction test shot, so may not be an accurate representation of the finished product.
MODEL SPEC 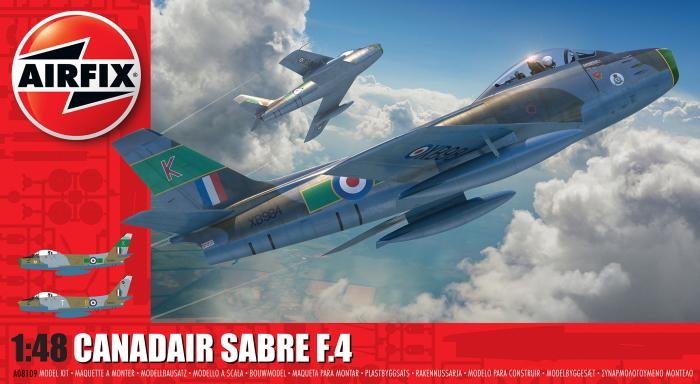