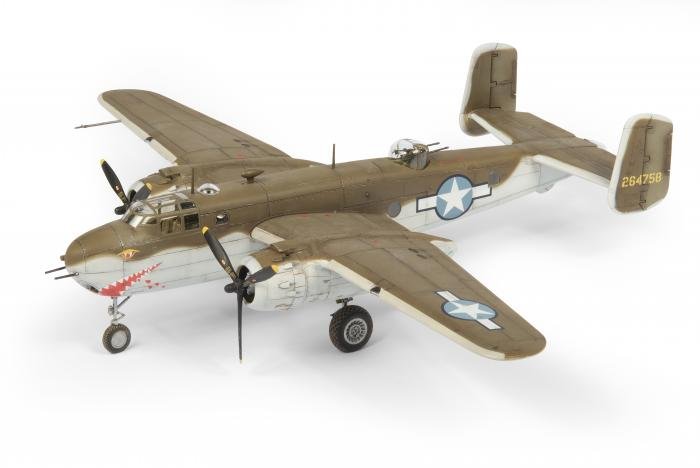 North American’s B-25 Mitchell was a very successful medium bomber design introduced in 1941, which eventually served with more than 20 air forces. Almost 10,000 were built and we are lucky a handful still survive as flying examples, impressing the attendees of airshows whenever they appear.