WITH ANTICIPATION for Airfix’s all-new 1/72 Avro Vulcan B.2 growing, the firm’s development team has released the first photos of the test-shot runners and a constructed model. 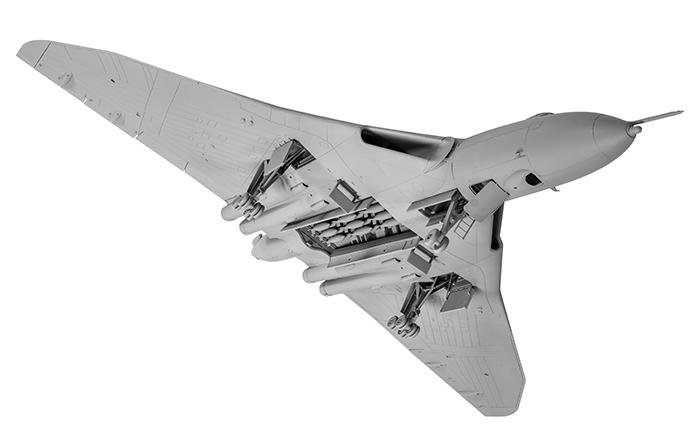 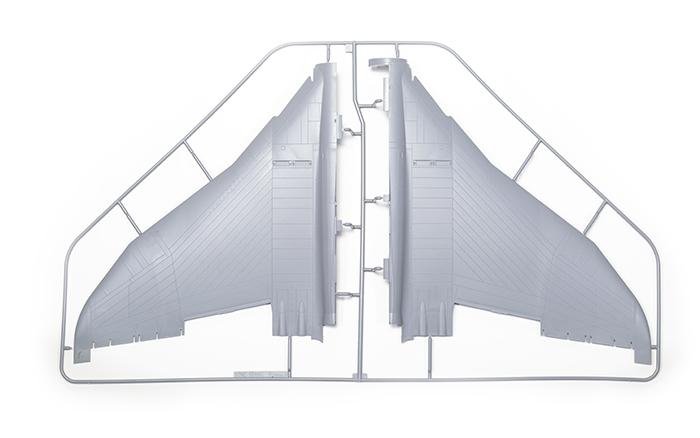 The kit (A12011) will comprise at least ten frames – one of which contains the transparent parts (including a one-piece cockpit canopy), and two that are shaped irregularly to suit the contours of the type’s impressive delta-configuration wings. These large flight surfaces demonstrate the moulded exterior detail, including neatly engraved panel lines and delicate rivets plus apertures for the airbrakes, which can be positioned as deployed.

Similarly, a main spar is moulded with openings intended to receive the full-length air intakes, while the internal section includes moulded structural detail. The cabin interior parts feature cabling and control panels, while representations of the harnesses are provided on the three-piece ejection seats.

Underneath the cockpit, an access ladder sub-assembly adds further possibilities for dioramas, while the bomb-bay can also be posed open with a full load of 21 x 1,000lb (454kg) free-fall munitions – there’s also the option for a Blue Steel-toting airframe.

The kit is scheduled for release during late 2020/early 2021 and is set to retail at £59.99; further details and pre-orders are available at: www.airfix.com 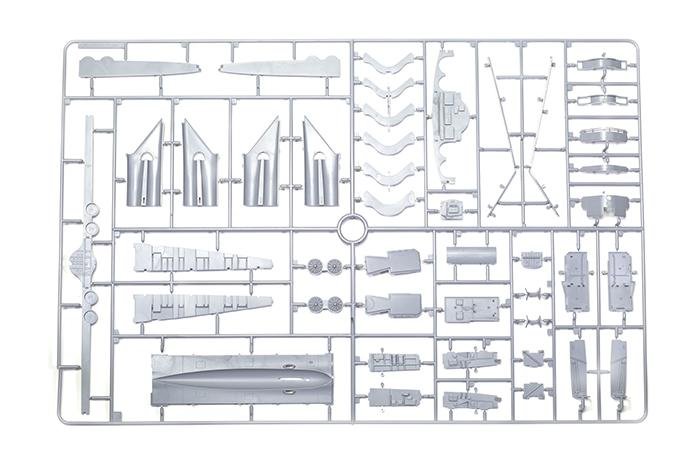 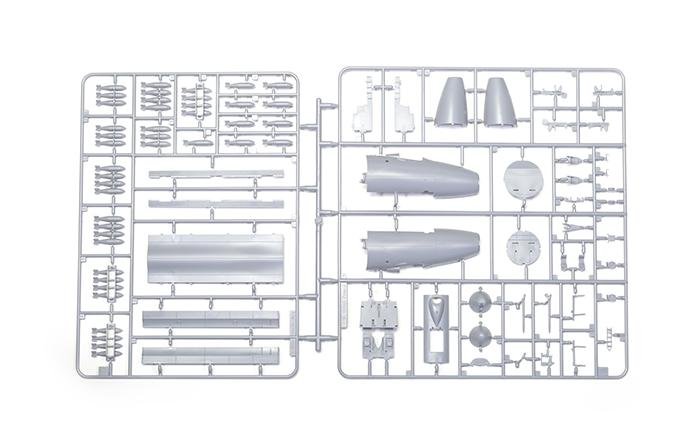