Modelling as a hobby appears to have undergone a renaissance last year, and if Airfix’s release schedule for 2021 is anything to go by, it will continue to strengthen. 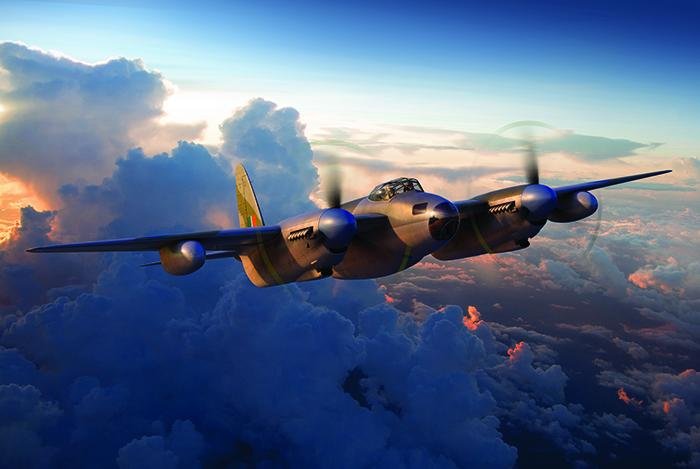 Although purely coincidental, there’s a rich de Havilland theme running through the firm’s new toolings, with fighters, bombers and trainers all on offer, while the first quarter will also see the arrival of several products delayed by the COVID-19 pandemic. The release highlight is arguably a dead heat between a Series 4 1/72 Mosquito B.XVI (A04023) – the first time Airfix has produced a two-stage Merlin-powered ‘Mossie’ in this scale – and a Series 8 1/48 Vampire F.3 (A08110), which will come with markings for British, Canadian and Norwegian aircraft. Completing the de Havilland theme is a Series 4 1/48 Chipmunk T.10 (A04105) expected in early 2021, that will feature markings for four Royal Air Force, Royal Navy and British Army machines. 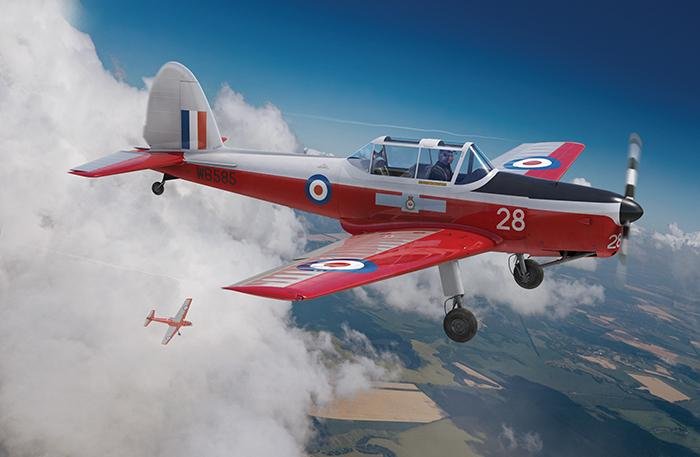 Moving on to a different aircraft manufacturer, there will be a newly tooled Series 2 1/72 Hawker Tempest V (A021090) and this will include two late-war liveries, including an airframe painted with D-Day identification stripes. Having delighted modellers with its newly tooled 1/35 Cromwell tank in 2020, Airfix has made a bold decision to issue an Austin K4 Ambulance (A1375), the first time this type has been the subject of a mainstream styrene release in this scale. 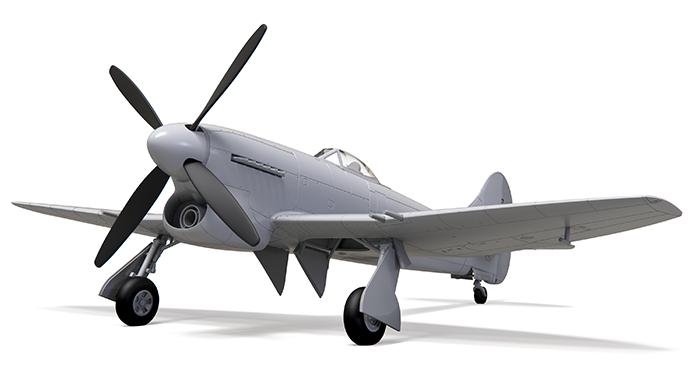 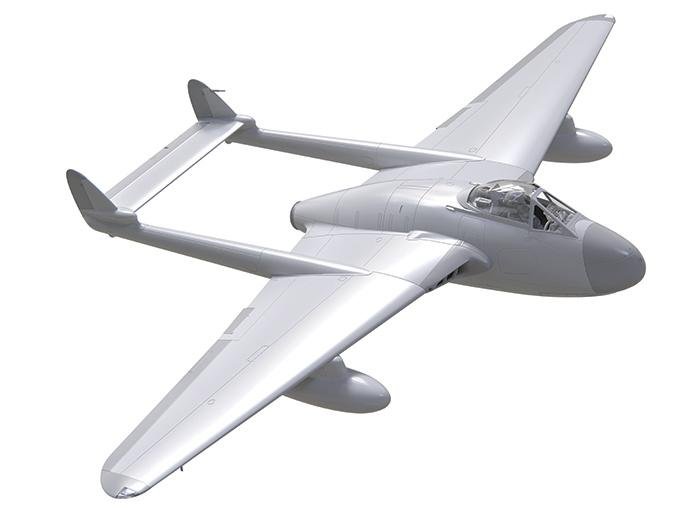 Airfix’s all-new Beginner Sets will now be released in early 2021. As the name implies, these are simplified ‘snap-together’ versions of ‘standard’ kits and are aimed at those just entering the hobby. There will be four subjects available: Supermarine Spitfire Mk.Vc (A55001), Red Arrows Hawk (A55002), Sherman Firefly (A55003) and Tiger I (A55004). 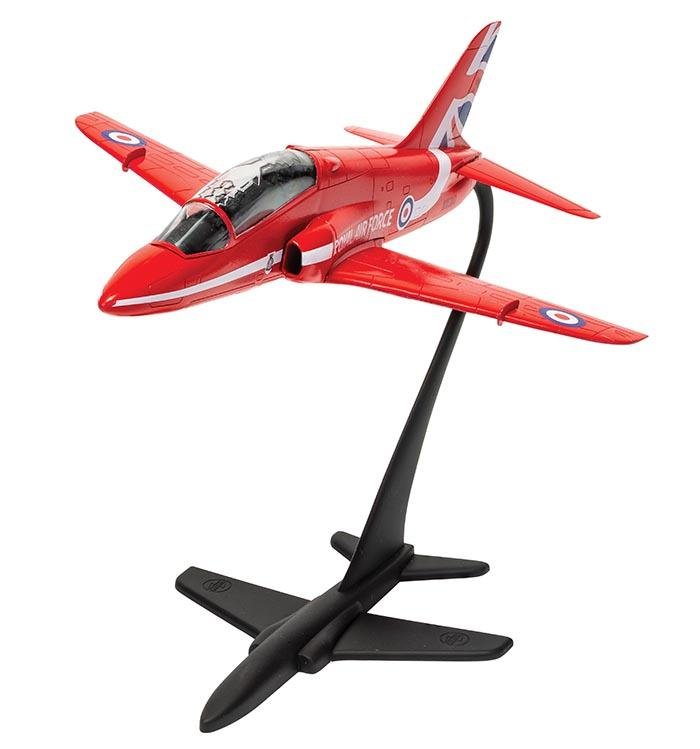 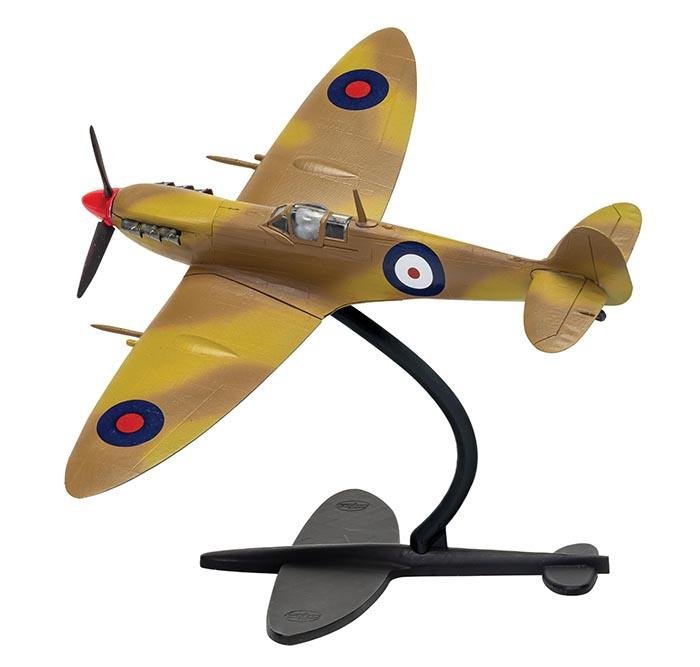 There’s also a rich vein of re-releases on the way. Vickers’ Valiant returns as a B(PR)/K.1 bomber/photographic reconnaissance variant (A11001A ), with the markings including an option for an Operation Grapple (H-bomb testing) airframe. It is joined by a 1/72 B-17G Flying Fortress (A08017B), sporting two choices of nose-art adorned bombers, while the Vickers Wellington is back as a Merlin-engined Mk.II (A08021). Smaller offerings will include a 1/72 MiG-17 in East German colours (A03092), a Spitfire F.22 (A02033A) and a Ju 87B-1 Stuka with markings for Balkans Theatre machines (A03087), while fans of airliners have a 1/144 Concorde in its final flight livery (A50189) to savour.
With a back catalogue as extensive as Airfix’s it is perhaps no surprise that the Vintage Classics range has seen considerable expansion each year and 2021 is no different. Notable aircraft releases include the Handley Page HP.42 Heracles and Hawker Siddeley Trident airliners in 1/144, along with the 1965-vintage 1/72 Aichi D3A1 ‘Val’ Model 11 divebomber. The 1/32 Beach Buggy is also welcomed back after a long absence and, being one of those ‘fun’ kits of yesteryear, is likely to result in some colourful model displays. From a diorama or wargaming perspective, arguably the most popular addition this year will be the return of Airfix’s 1/32 military figures, with boxings of British, American and German infantry and paratroopers. One aspect that has changed with these sets is the styrene, as the previous ‘soft’ formulation has been replaced with a type more conducive to being painted.
Further details are available in the catalogue, which is available now - see below. 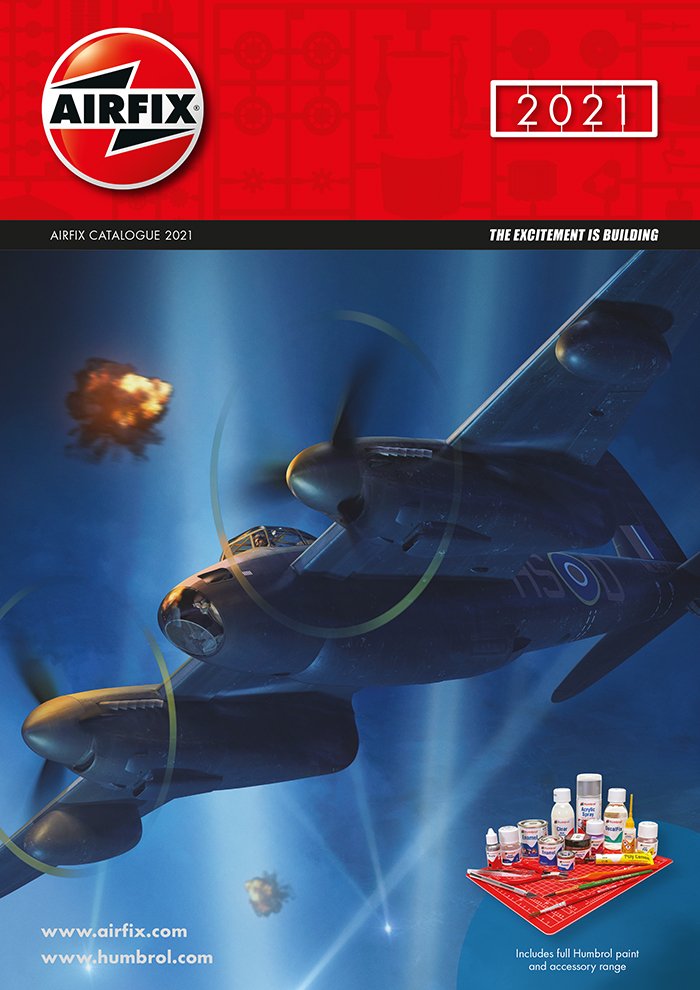 The 2021 Airfix catalogue is out now and available to purchase from shop.keypublishing.com Subscribers can save £4 over the £8.99 cover price when placing an order by phone and quoting their subscriber number. Call 01780 480404 to get your copy and see the full collection of Airfix products for the year ahead. Alternatively the 2021 catalogue can be bought with AMW123 with a saving of £4 when the two items are purchased together at selected Tesco stores between January 7-19. The multi-save offer is also available from shop.keypublishing.com from January 7 for home delivery.