With the release of Airfix’s updated 1/48 F-86F-40 Sabre just around the corner, it's a good opportunity to give a sneak peak of the new parts, prior to our cover build of the kit. 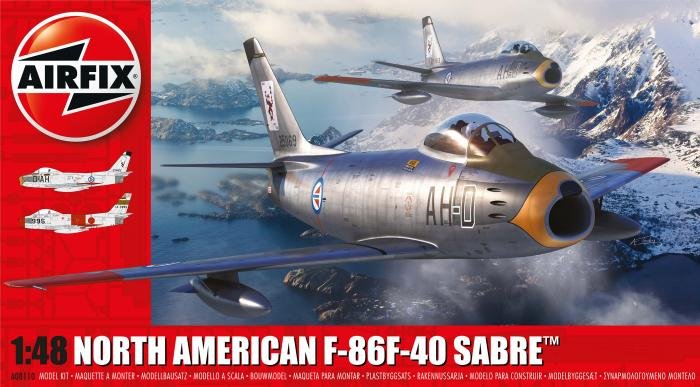 As expected, most parts are unchanged from the Canadair Sabre F.4 boxing, and all new items for the F-86F-40 (A08110) have been grouped onto a single runner. The biggest change concerns the mainplanes: these retain the F.4/ F-86EM’s 6-3 configuration but feature a longer span and leadingedge slats. Rather than have just the extended slats that need to be trimmed to close (a practice followed by other manufacturers), Airfix has supplied separate parts for each position, so all you need to do is select the corresponding items to fit into the leading edges. The wing tips are also separate and provide the correct extended sections found on the F-40 wing. The kit is expected to retail for £39.99 and more details are available at: www.airfix.com 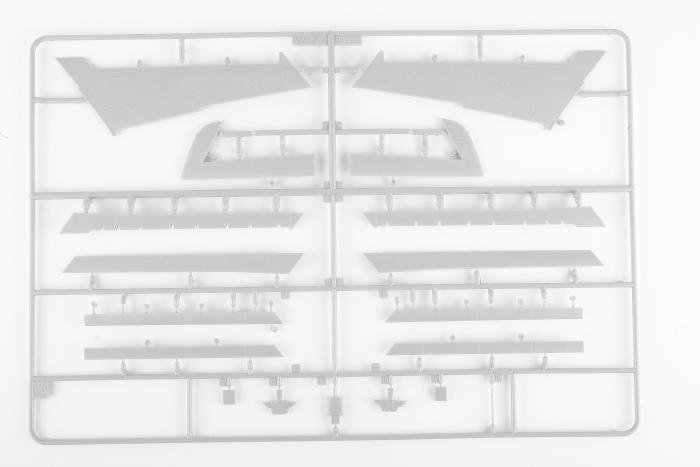 Above: All parts specific to the F-86F-40 variant are held on a single new frame, Runner E, with the main items being for the revised wing structure. 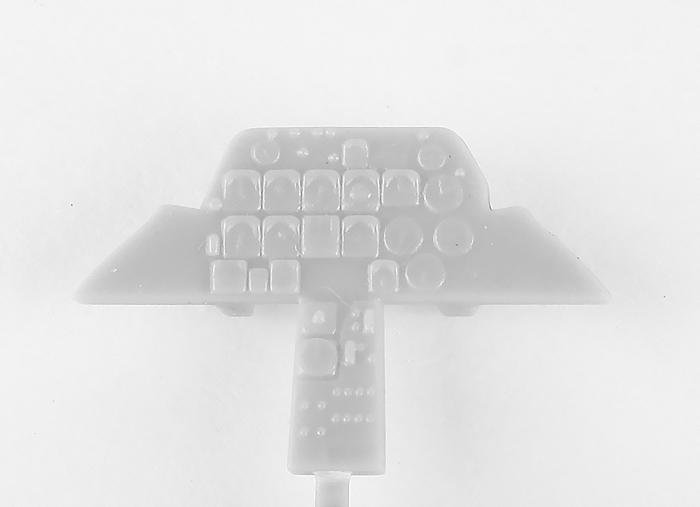 Above: As with its other recent offerings, Airfix supplies two styles of instrument panel for the F-86F-40: one designed for use with decals (as shown here) and another with integrally moulded dials for those who’d prefer to highlight the detail via dry-brushing. 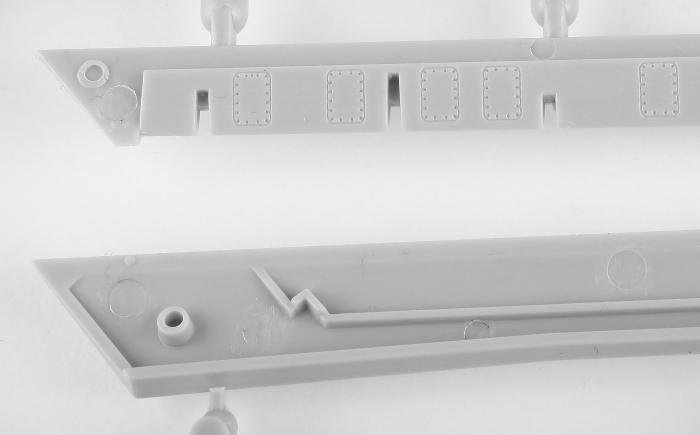 Above: Airfix has accurately captured the panel locations on the leading-edge sections, with neat representations of the rivets – these and the panel lines are rendered as finely recessed features.

Above: As with the wing leading-edge slats, the moulded detail on the F-40 wing tips is excellent, with runner attachment points and mould stubs positioned so as to avoid any raised features and simplify any tidying up once the item has been detached from the frame. 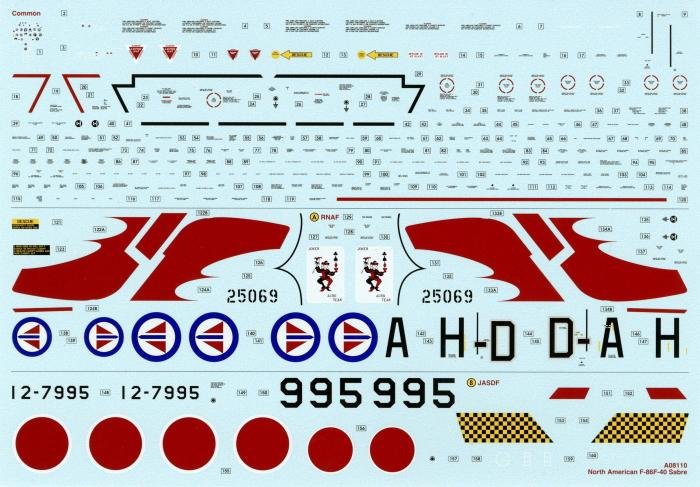