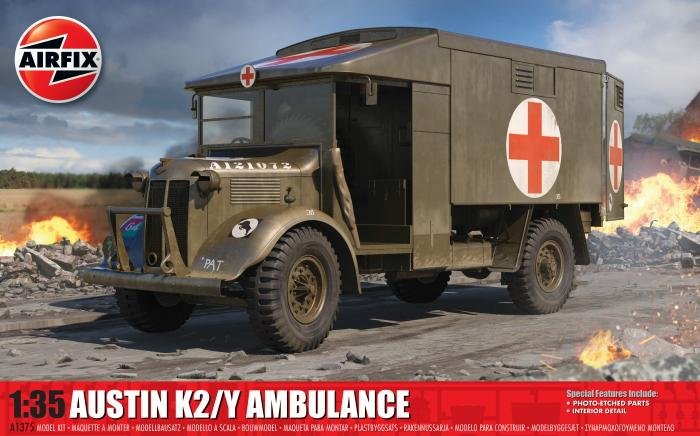 With its release just around the corner, the time is ripe to give AMW readers a close-up preview of this delightful kit (an exclusive build will feature in August’s issue). Contents comprise four styrene runners, including one for transparent parts and a separate bonnet; as attested by the accompanying photos, the mould quality is superb throughout. A full-furnished cab is joined by a splendid replica of the type’s suspension and transmission, while the box-bodied cabin is fitted with benches and stretchers. 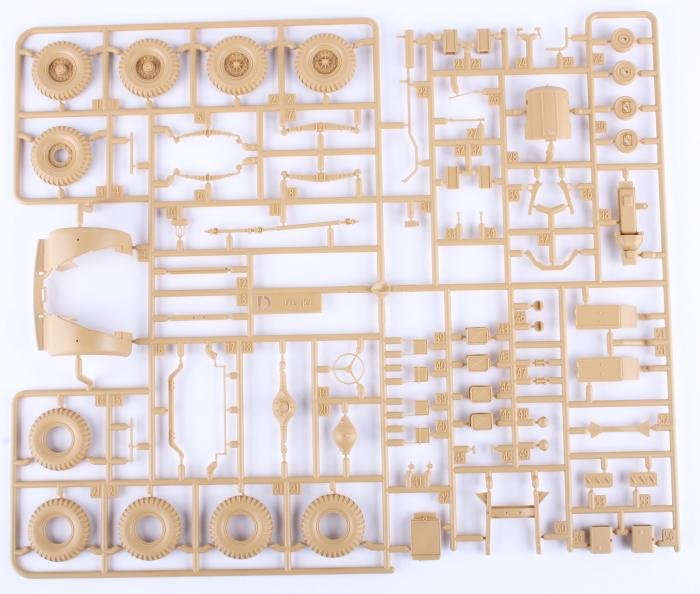 Above: Runner D supplies most of the transmission and suspension, along with the radiator grille, engine sump and fuel tanks. 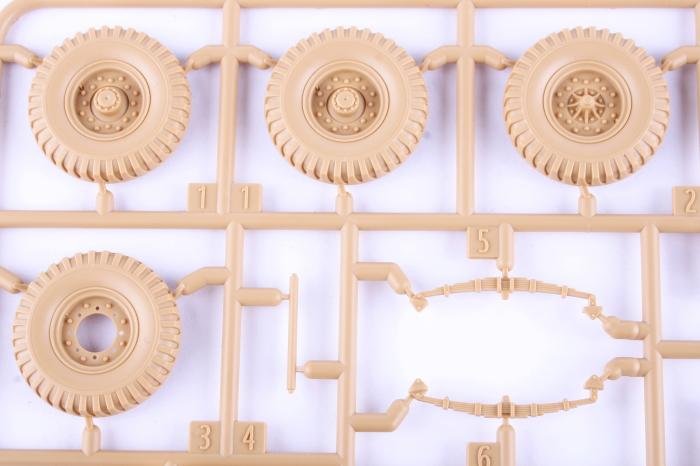 Above: Moulded detail on the wheels is commendable, from the bolt heads on the hub to the well-rendered tread on the tyres. 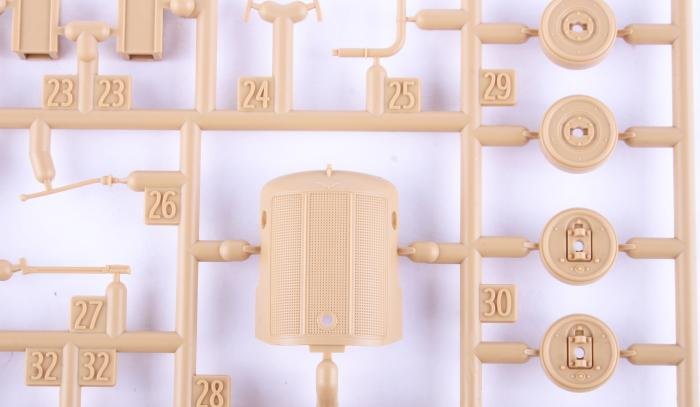 Above: Arguably one of the most impressive items is part D28, which provides the radiator grille and an integrally moulded Austin company logo.

Above: Refinement is similarly apparent on the transmission housing, with well-defined bolt heads. 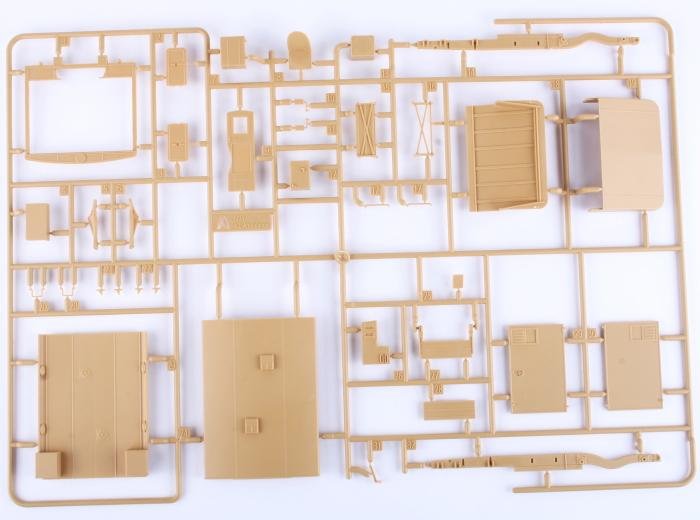 Above: Chassis components are supplied on Runner A, along with the cabin roof and rear doors – options for folded or lowered access steps are also included.

Above: The driver’s seat is suitably spartan in appearance (comfort was never a strong point with British Army vehicles) and has attachment points on the side and lower surface.

Above: Airfix has broken the ladder-type chassis frame down into separate side frames, which allows for greater detail to be moulded integrally, easing construction. 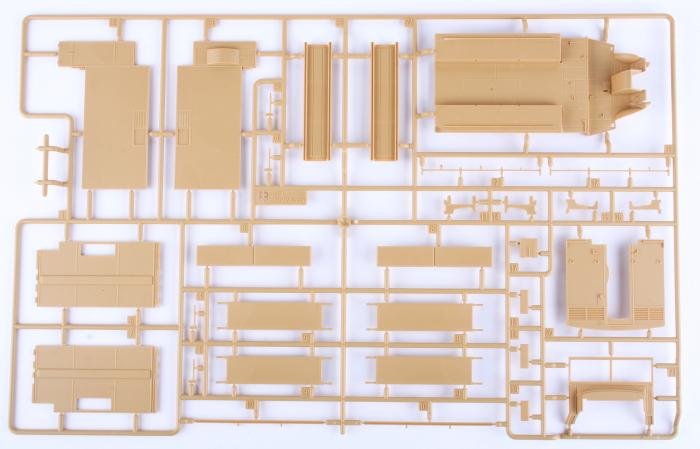 Above: All main coachwork parts are supplied on Runner B, along with a set of stretchers to equip the rear cargo area. 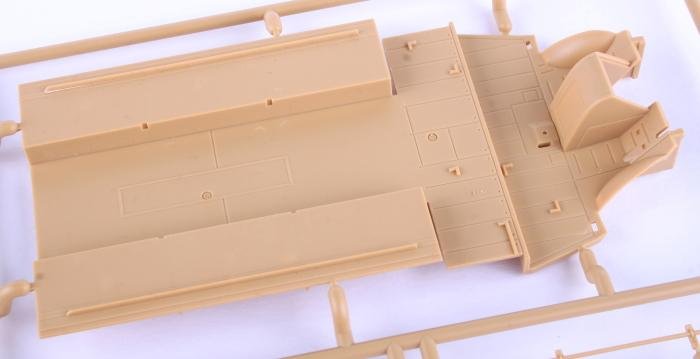 Above: The K2/Y’s floor comes as a single item, onto which the rest of the structure is added – note the representation of the panelling common to this type. 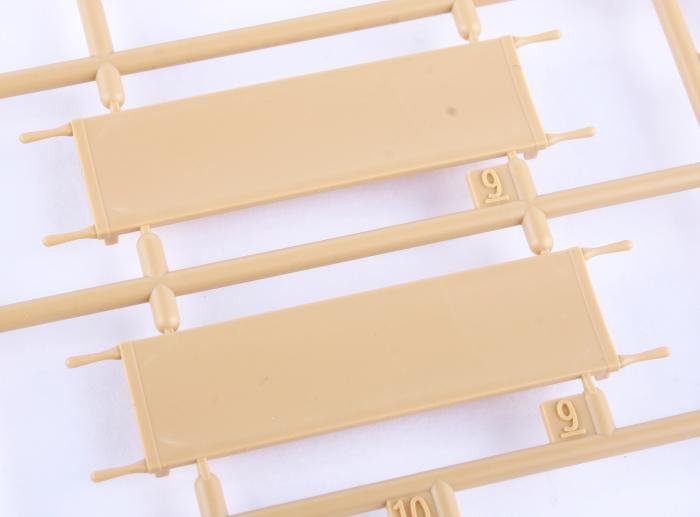 Above: Airfix has opted for single-piece stretchers to ease construction, but even so, they are well moulded and include a ‘dip’ to emulate the fabric material sagging. 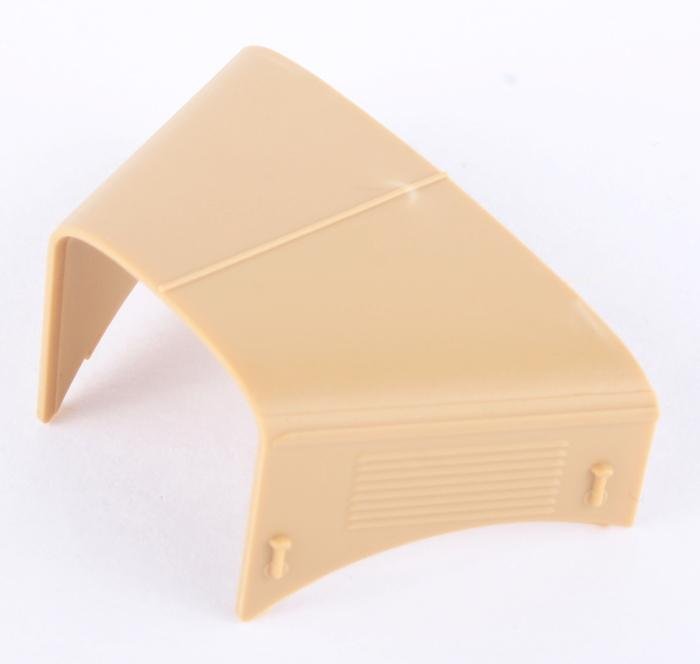 Above: A single piece bonnet features attached side panels plus well-defined grille detail.

There’s a generous offering of four markings schemes, covering machines deployed in North Africa, northwest Europe and the Auxiliary Territorial Service – this last choice has the royal connection, with the vehicle being that driven and maintained by the-then HRH Princess Elizabeth (our current monarch) during her wartime service. The choices are:

More details on this and other Airfix releases are at: www.airfix.com.