Airfix’s 1/72 Sea Harrier FRS.1 makes a return for the 40th anniversary of the Falklands conflict. Editor Stu Fone adds a few spares and tweaks to recreate a veteran airframe. 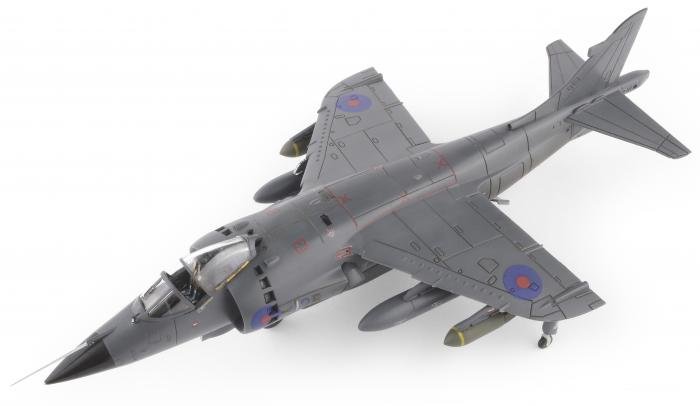 Although neither side actually declared war, both the United Kingdom and Argentina refer to the 1982 conflict unofficially as the Falklands War or Guerra de las Malvinas, respectively.

Among the chief combatants on the British side was the Sea Harrier FRS.1, and while much has been written about its air-toair engagements with Argentine Mirages, Skyhawks and Daggers, there is comparatively little on its use in the ground-attack role. Indeed they were involved in the initial attacks on Port Stanley on May 1, 1982 – giving rise to BBC reporter Brian Hanrahan’s famous report: “I counted them out and counted them all back” – and subsequently against ground and maritime targets.