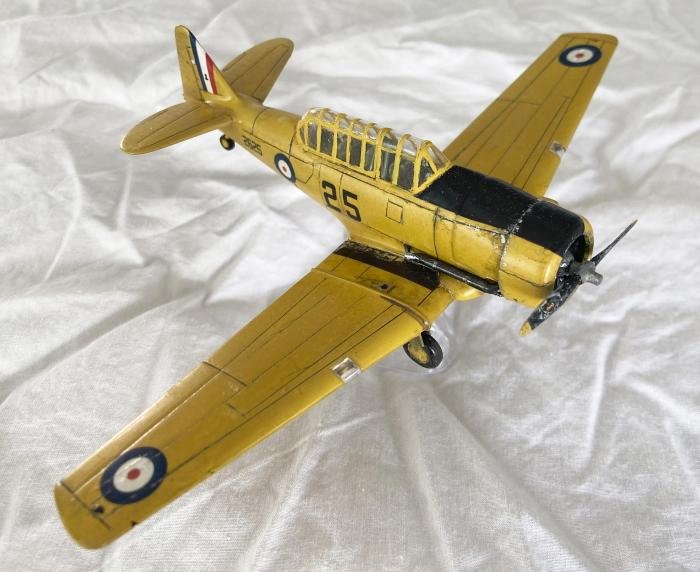 Special Hobby North American Harvard Mk.II
Ian Moore’s build of Special Hobby’s recent 1/72 Harvard was 58 years in the making, beginning with Airfix’s 1/24 Harrier GR.1 and a B-17 during the 1980s. From there, life as an RAF officer led to an interest in aircraft and aviation, plus an experience with Australian Don Charlwood, who trained to navigate Lancaster bombers on the Harvard Mk.II. This inspired the build project, which involved new weathering techniques including the salt-based method on the propeller. 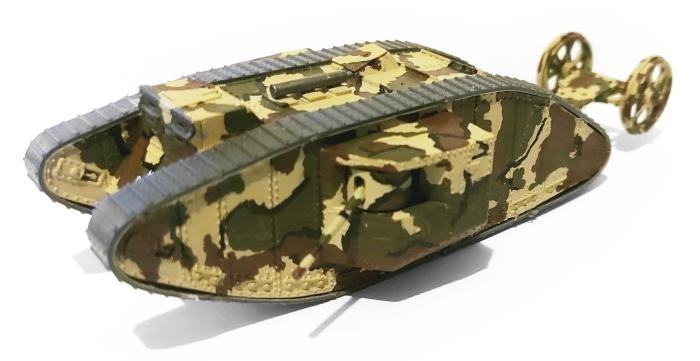 Airfix World War One Male Tank
Re-released as part of Airfix’s Vintage Classics range, the 1/72 World War One Male tank formed a welcome Christmas present for 17-year-old Matthew Dawson. Constructed out-of-the-box as HMLS Dragonfly during the Battle of the Somme in September 1916, painting was completed with Tamiya acrylics. 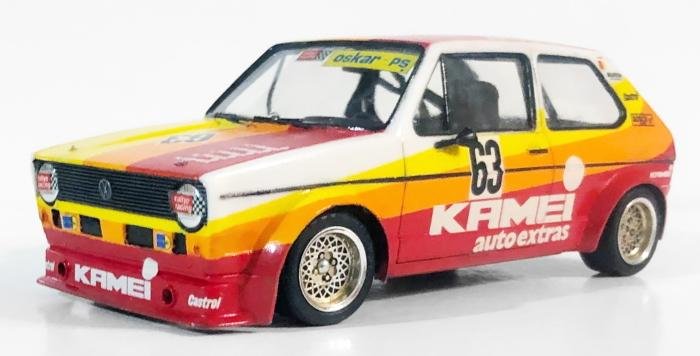 Tamiya Volkswagen Golf
First released in 1978, when Mk.I Golfs were still being produced, Tamiya’s 1/24 racing depiction made for a striking project completed by Singaporean modeller Ewe Gen Lim. Constructed from the box, the biggest challenge was during painting, when considerable masking was required to set the striped livery. 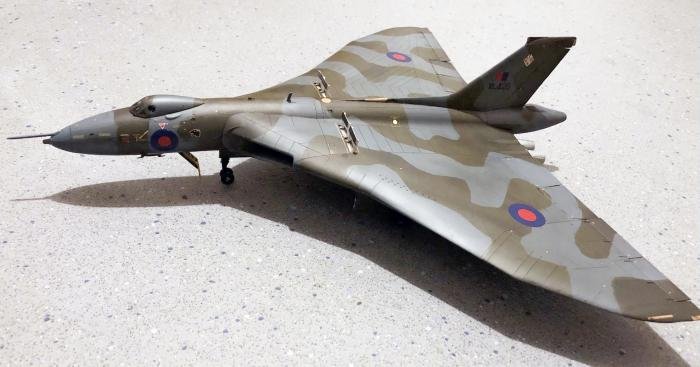 Airfix Avro Vulcan
Essex-based modeller Matt West worked as a volunteer as part of the Vulcan Restoration Trust’s engineering team, preserving Vulcan XL426 at Southend Airport, so knew he was to build Airfix’s newly tooled offering as a replica of this airframe. First-hand knowledge of the delta-winged bomber ensured accuracy and formed an engaging aspect of the project. 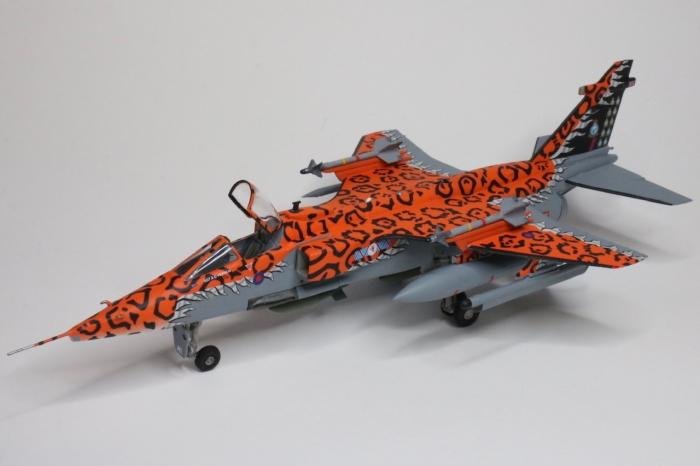 Italeri SEPECAT Jaguar GR.3
Released under the moniker of ‘Big Cat’, Italeri’s 2014-issued 1/72 SEPECAT Jaguar featured the striking livery worn by GR.3 XX119 to mark the RAF’s retirement of the type in 2007. Chris Wright constructed this beast using the kit-supplied markings, with just minor touch-ups required in places – no weathering was applied to avoid detracting from the aircraft’s scheme. 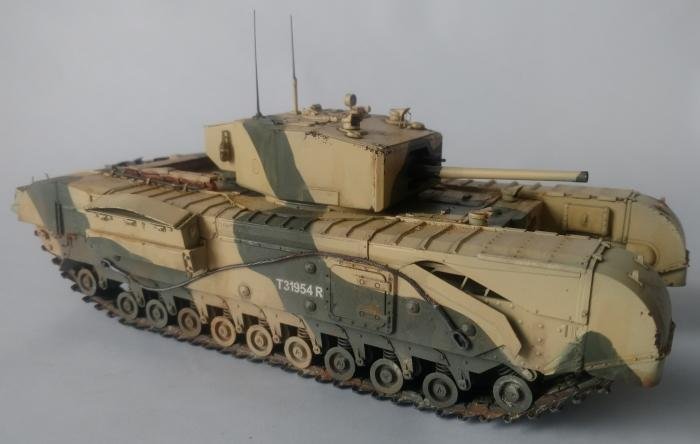 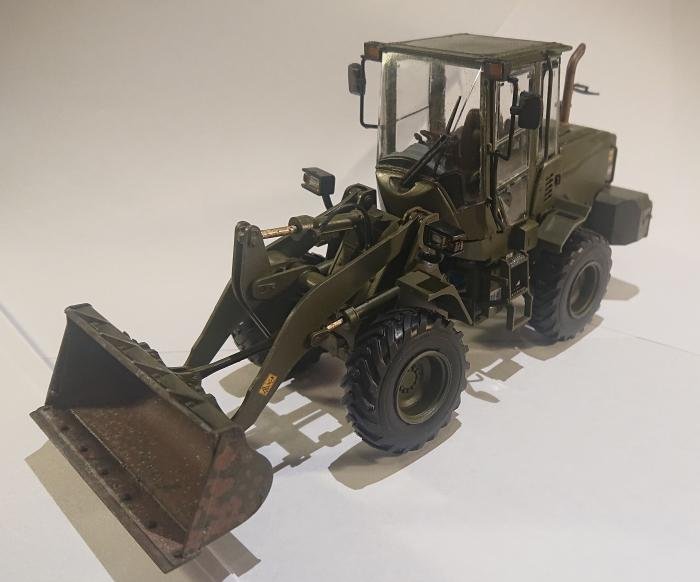 Hasegawa Hitachi ZW100-6 Construction Machinery Wheel Loader
While a construction machine may not be top of most modeller’s wishlists, Hasegawa’s 1/35 Hitachi ZW100-6 is an attractive kit – as proven by Marc Rycarte’s build. This project was an out-of-the-box construction but when it came to finishing, a military vehicle was simulated via the application of AMMO-MIG’s NATO Green.

Special Hobby Dassault Mirage F.1CE
Completed straight out of the box, Special Hobby’s 1/72 Mirage F.1 – here in Spanish Air Force guise – was a delight for Lim Ewe Gen. Precise fit was a highlight throughout the project, while the smart livery is an eye-catching element. 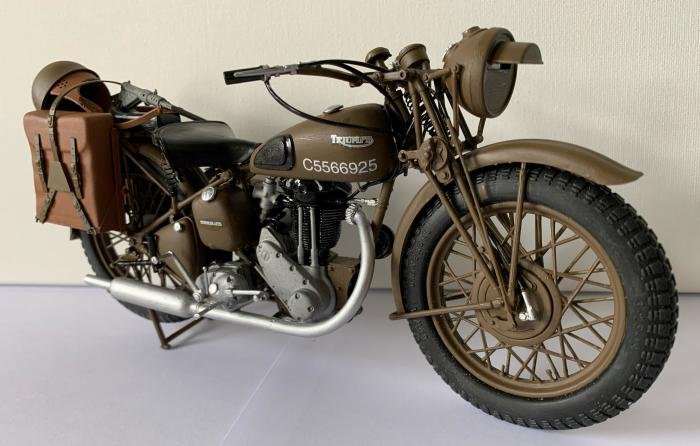 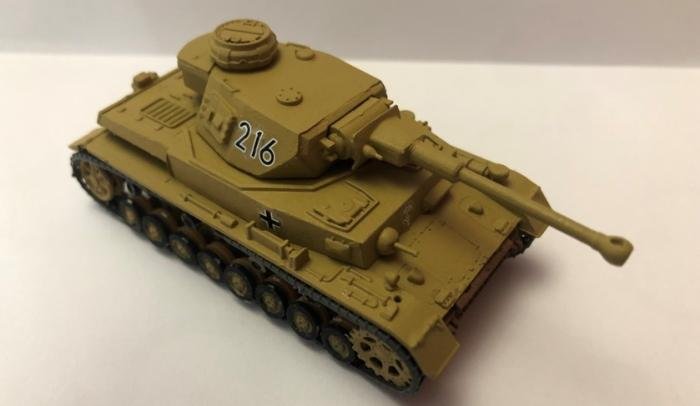 Airfix Panzer IV
Taking a break from his usual fare of aircraft models, 14-year-old Lucas Meredith constructed Airfix's Vintage Classics 1/76 Panzer IV as an Afrika Corps-operated Ausf.F2. While no aftermarket additions were used and just light weathering applied, the finished model appears particularly neat and was regarded among the best the young builder has produced.

Feature YOUR Model!
If you’ve recently completed a model you’re particularly proud of and would like to showcase the build, let AMW know! Send a high-quality photo (1MB or larger) of the model against a white background and tell us about any aftermarket products or special techniques involved. Up to four per month will be included in the magazine, with more featured online at: www.keymodelworld.com. Please email your submissions to the editor: stuart.fone@keypublishing.com