BACK INTO THE DANGER ZONE

BACK INTO THE DANGER ZONE

With the release of movie sequel, Top Gun: Maverick delayed until the summer, Airfix gives modellers a chance to experience “the need for speed” with the release of five 1/72 aircraft kits from the original film and its follow-on. 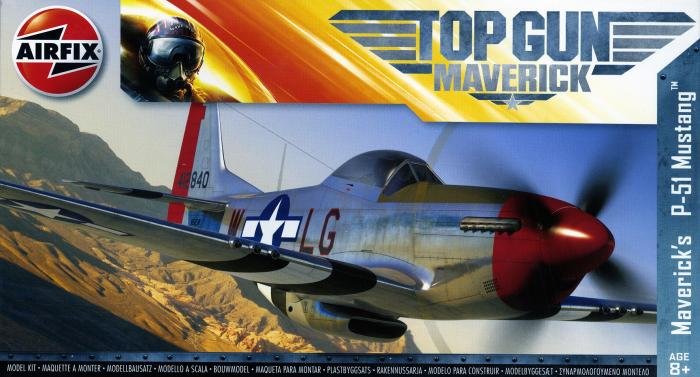 The former is represented with the return of the F-14A Tomcat (A00503), F-5E Tiger II ‘The MiG’ (A00502) and Jester’s A-4 Skyhawk (A00501). While the first two are unchanged, the last item has been updated and now uses the firm’s recent A-4B. Note, the US Navy’s Fighter Weapons School, or TOPGUN, flew A-4E/F airframes at the time of the first film, but if you just want a model that looks the part, rather than aiming for complete accuracy, this is ideal.

There is a similar split for the Top Gun: Maverick offerings: the P-51D Mustang (A00505) and F/A-18 Hornet (A00504). The latter features Airfix’s first-generation Hornet, rather than the Super Hornet featured in the film, yet the markings are faithful reproductions of its striking livery; the recent Mustang tooling is spot-on for the Maverick’s personally owned aircraft, though. More on these releases is at: www.airfix.com