Airfix's 2022 catalogue has been revealed with a huge range of new items to look forward to. CHRIS CLIFFORD picks out his top ten highlights from the new catalogue. Check them out here. 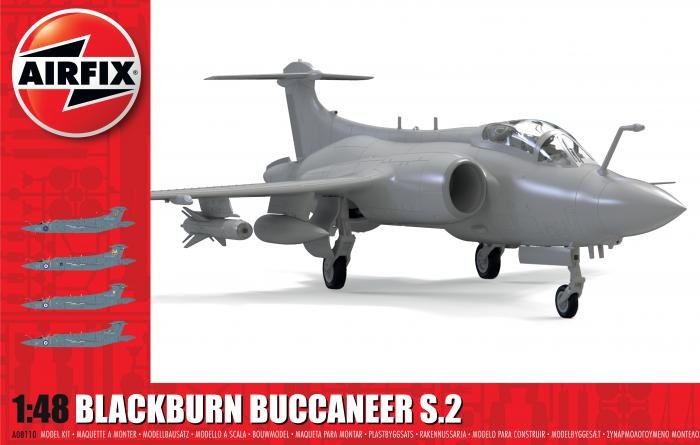 The new Airfix catalogue in any given year is cause for excitement and celebration. It’s the time when we all get to know if items from our styrene wish list will become reality. Having now seen all the products slated for 2022, here’s my Top Ten kit list

1/48 Blackburn Buccaneer S.2C/D
Long a favourite of mine, especially as I’ve worked with the real aircraft, this is my number one choice. Frankly, it looks fabulous… and the type was arguably the most wanted by modellers who favour British fast jets. Wing folds, a detailed airbrake and TV/radar Martel missiles are just some of the highlights of this Fleet Air Arm-focused release. If we don’t see an RAF version further down the road, I’ll eat my own hat!

1/24 Spitfire Mk.IXc Superkit
There can’t be many modellers of World War Two subjects who don’t love a Spitfire, and this one will cause a stir. We missed out on a Superkit from Airfix in 2021 due to the pandemic, but the firm has bounced back with aplomb and this is sure to be a huge seller. Early and late Mk.IXc airframes can be built, there’s a complete engine, interior structural framework, gun bays and much more. 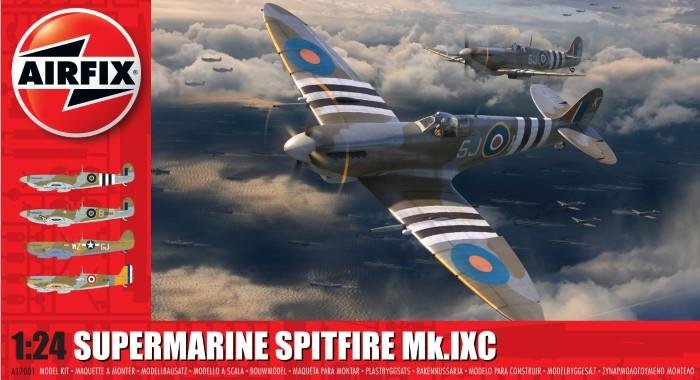 1/43 Sports cars – Jaguar E-Type, Bugatti Chiron and Pagani Huayra
The decision to mould all-new cars in 1/43 scale was brave, but Airfix should be applauded for producing these items, to be released as Starter Sets. All have simply eye-popping detail and accuracy, but also a smaller parts count to aid novice and junior modellers. Paint, glue and brushes are included. 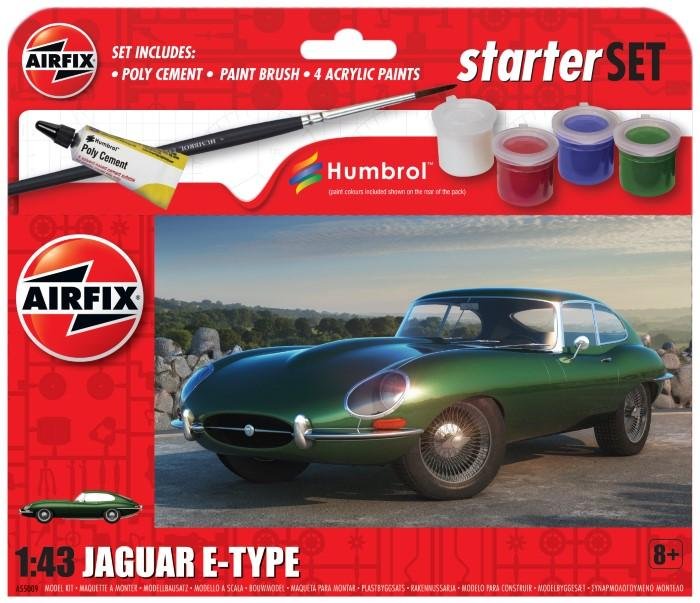 1/48 Avro Anson Mk.I
Another very surprising release but a real cracker nonetheless. Anyone wanting to build this variant in 1/48 had just the old Classic Airframes kit to attempt, but the fit was challenging and in any case, these days they are as rare as rocking horse dropping. Airfix’s item is first rate, with a wealth of feature surrounded by the type’s trademark expansive glazing. It’s a truism that many modellers don’t know what they want until it’s put in front of them. This kit could well tempt those who hadn’t previously considered building a larger-scale Anson. 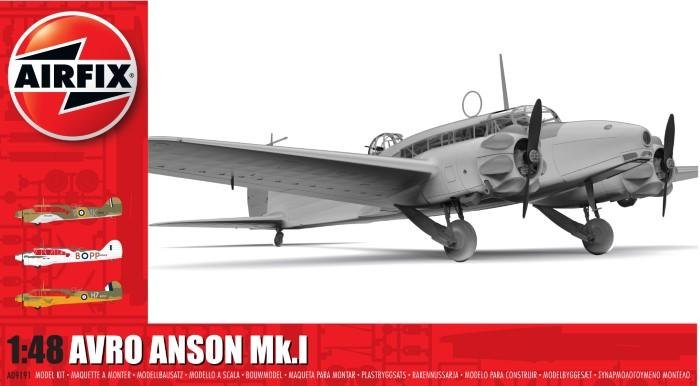 1/72 Gloster Meteor
Yes! While Airfix’s 1/48 Meteor is a gem, not everyone has the space to display 1/48 aircraft. The firm’s new 1/72 version looks peachy and every bit as good as its larger cousin, with fine panel lines, busy undercarriage bays and more. Now, Airfix, can you please downsize your gorgeous Javelin?

1/72 Westland Whirlwind
No, not the much-maligned fighter of World War Two, but the workhorse helicopter license-built from Sikorsky’s successful design. The Whirlwind happens to be my favourite ‘egg-beater’ from any era, and it’s great to have the HAS.22 back in the Vintage Classics range, particularly as Italeri’s 1/72 Whirlwind derivatives are out of production and hard to find. Sure, these older kits need a degree of TLC – re-scribing, scratch-building, and the like – but they are great fun and sometimes the only way of building a certain aircraft in styrene format. 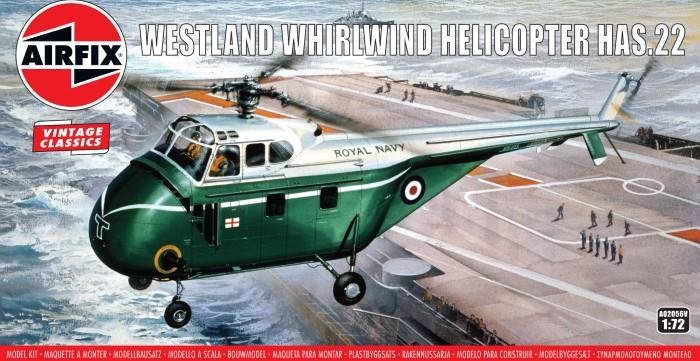 1/600 HMS Devonshire
Long out of the Airfix catalogue, it’s wonderful to see this County-Class destroyer making a return. With the right references and a little ingenuity, it can be converted to HMS Glamorgan which is especially poignant this year, with the 40th anniversary of the Falklands conflict.

1/35 Austin K2 Ambulance
Being partial to military subjects, it’s always pleasing to see an alternative to the seemingly endless procession of Panthers, Tigers and the like. This is a great choice of new tooling for Airfix, and you can even portray the vehicle from the much-loved British war film Ice Cold in Alex. I’ll look as lovingly at this K2 once finished, as John Mills did his thirst-quenching glass of Carlsberg. Worth waiting for! 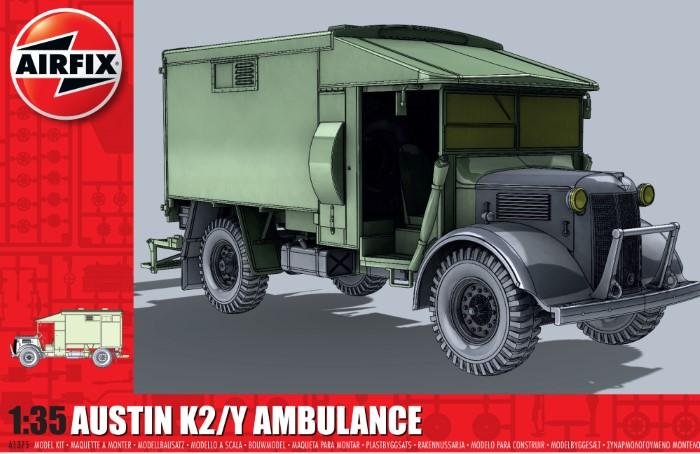 1/48 F-86F-40 Sabre
What a shrewd move by Airfix to add new parts to its first 1/48 Sabre released last year. This benefits from freshly moulded leading-edge slats and extended wingtips, and there are decals for a Japanese Air Self-Defense Force jet, and a member of the Royal Norwegian Air Force Jokers aerobatic team. Regardless of livery, this will look stunning. 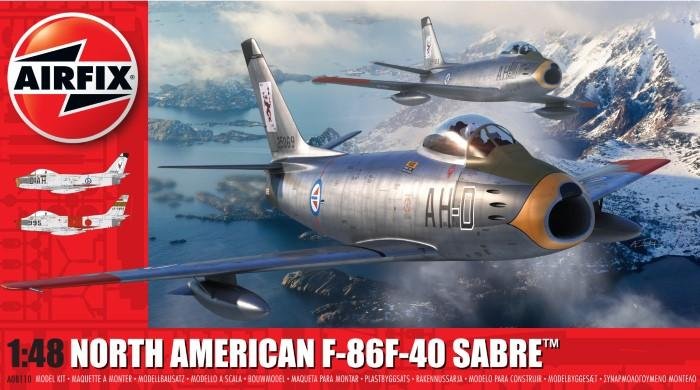 1/24 Harrier GR.1
Yes, it’s been re-released many times, but it’s always good to have it back in the catalogue. An imposing kit, without demanding too much display space, Airfix’s Harrier Superkit was ahead of its time; engraved panel lines and rivets were designed into it, when most other aircraft kits had raised features. It has a good selection of weaponry, and even a full Pegasus engine! 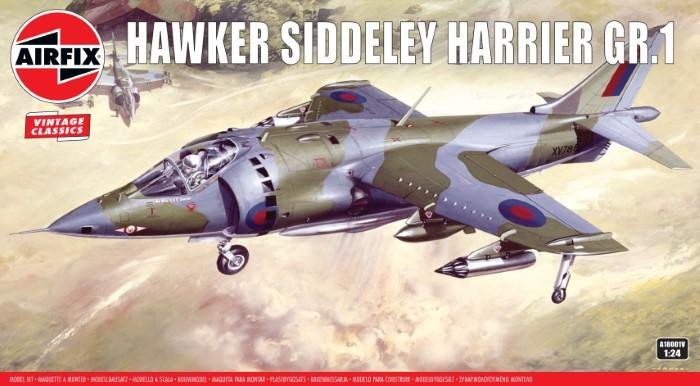 So, that’s my Top Ten, but yours will undoubtedly look different, what would you choose?

For more detailed examinations of Airfix’s 2022 catalogue items, Keymodelworld subscribers can visit the links below.

The new Airfix 2022 catalogue is available together with the February cover dated issue of Airfix Model World, at a special price, in more than 300 branches each of WH Smith and Tesco. This combo will save you £4! You can also order it online for delivery to your door from shop.keypublishing.com

And look out for exclusive builds of brand-new Airfix toolings, and some older products, in Airfix Model World later this year.