All change at Heaton Lodge

All change at Heaton Lodge

The subject of one of this issue’s layouts, Heaton Lodge in the Calder Valley has had numerous alterations over the years, mirroring the changing fortunes of the surrounding area, as EVAN GREEN-HUGHES describes.

BRITAIN’S RAILWAYS were not built as part of a grand scheme dictated by central government, as were most of those on the European mainland. Early lines arose through local need and the first trunk routes were seen merely as a way of joining major cities together, rather than as part of an integrated network. Inevitably and eventually some of these lines came into contact with each other and where they did junctions had to be established, with some of these junctions having a profound effect on the area in which they were built. 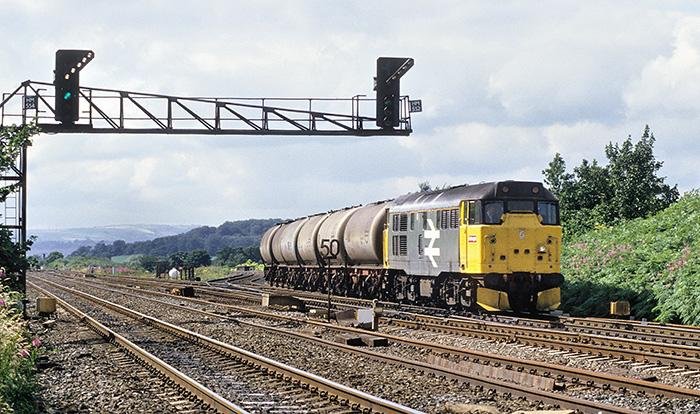 Above: Class 31/3 31319 heads a short rake of TTA tankers through Heaton Lodge Junction travelling from the Huddersfield line via the ‘dive under’ on July 17 1986. Neil Harvey.