Two themed paint sets and a package to produce snow for dioramas/vignettes are now available from AMMO by Mig Jimenez. 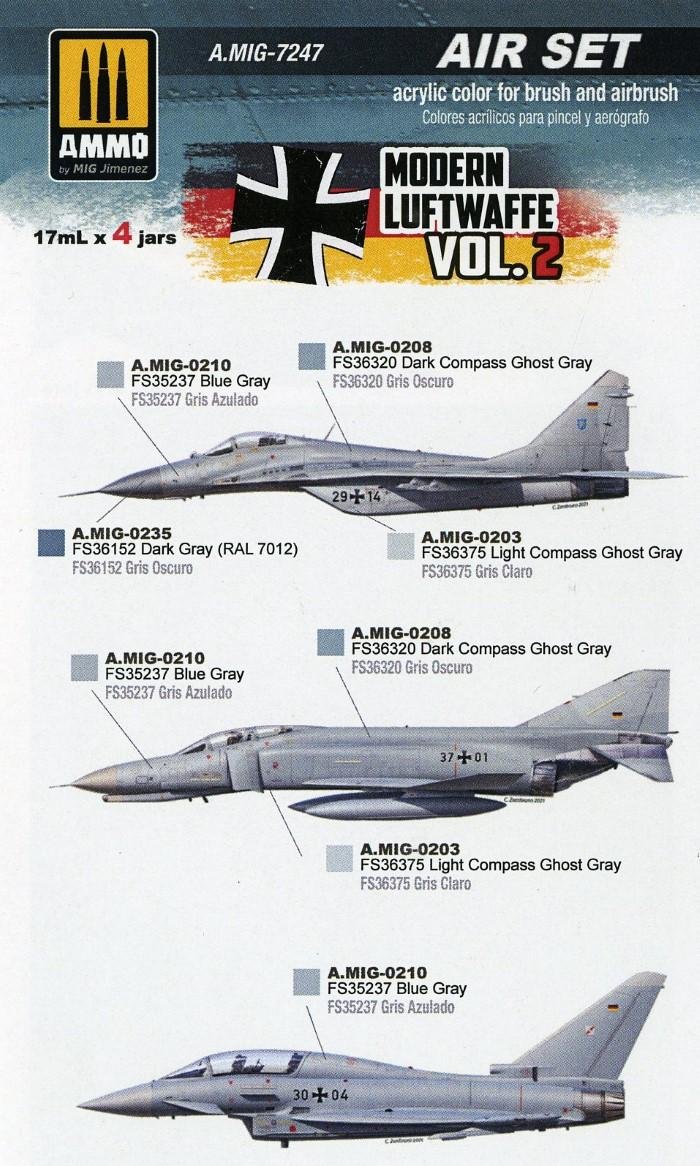 Spanish firm AMMO never seems to stand still with issuing fresh product. Its latest crop of items will be useful for many modellers across the aircraft, diorama and figure genres.

First to be examined here is the second instalment of the company’s Modern Luftwaffe acrylic paint sets (A.MIG-7247), which follows the initial package that provided colours for older German Air Force aircraft during the Cold War and beyond. This new set, though, is all about low-visibility greys for the likes of the F-4F Phantom II, MiG-29 and Eurofighter Typhoon. Four shades are supplied, and they are as follows: 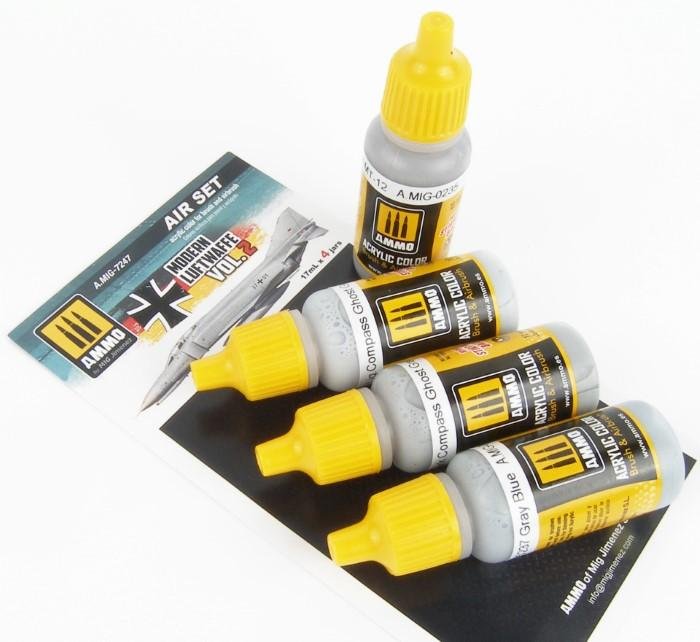 AMMO has also released item A.MIG-7248, RAF Coastal Command, which offers four hues for the likes of the Beaufighter, Beaufort and Wellington, all employed on maritime attack/patrol duties during World War Two. The colours are: 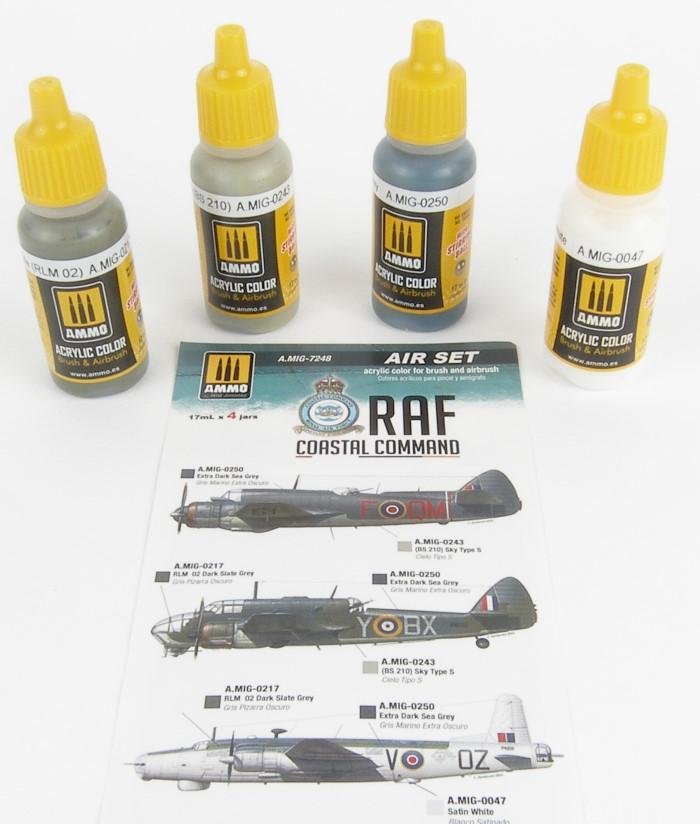 Some modellers may feel out of their comfort zone here, because most of AMMO’s nomenclatures/codes do not exactly match British Standard or otherwise in name or number, and you might consider the shades possibly not exact in their actual tone once dry. However, you can always add a hint of another colour to lighten/darken to your taste. Each colour comes in a 17ml bottle and has an agitating ball to ensure the paint is properly shaken and uniform before application. Both the Coastal Command and Modern Luftwaffe Vol.2 sets cost 9.20€ each. 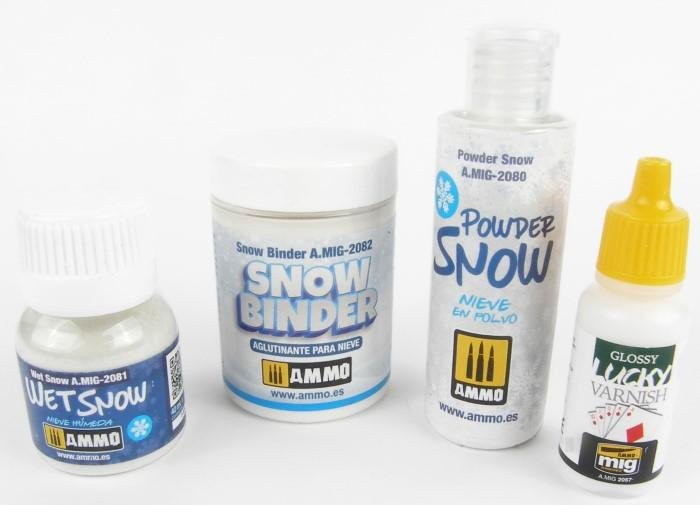 Now, anyone contemplating wintry scenes for a diorama, vignette or on the base for a single figure have a great item in AMMO’s Winterizer Real Snow Set (A.MIG-7458). Priced at 19.95€, this package comprises the individual items Glossy Lucky Varnish, Snow Binder, Powder Snow and Wet Snow. The last two are in powder form and are mixed with the others to provide means of suspension and setting. 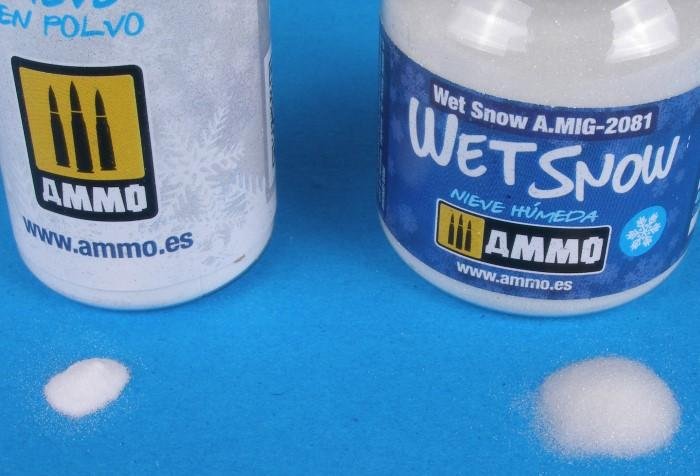 On inspection, the Wet and Dry Snow powders are markedly different, with the former possessing the appropriate amount of sparkle. A handy printed visual guide is also provided, to take you through the physical process. This set costs 19.95€ and is very handy for reproducing snowy effects across various scale scenarios.

All these items are available from: www.migjimenez.com