While the Centurion tank has regularly been reproduced in kit form, the Royal Engineers variant has been less common, so Amusing Hobby’s Mk.5 AVRE will be welcomed by many. 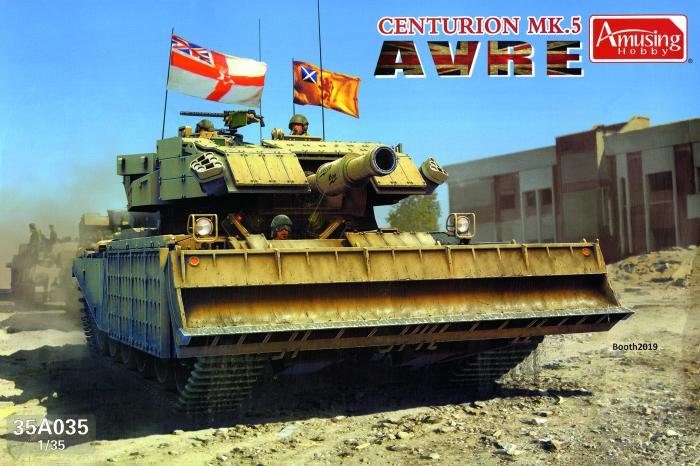 Based on its earlier Centurion offerings, the Armoured Vehicle Royal Engineers (AVRE) version (35A035) comprises 12 styrene runners plus a separate one-piece lower hull, a photo-etched brass fret, six metal springs and a length of thread. Most of the components are common to the previous Mk.V tank kit, but there are two new frames included for the upgraded armour packs, upper hull panels, mantlet, replacement Royal Ordnance L9 demolition gun, dozer blade and turret baskets.

Arguably the highlight is the workable suspension, which is combined with individual-link tracks and enables the running gear to be compressed convincingly over uneven terrain in a diorama. It lacks an interior, but the exterior detail more than compensates, with well-moulded reactive armour plates plus weld beads, bolt heads and light guards. The three markings options have no unit information, but feature British Army Training Unit Suffield, Desert and NATO camouflage schemes.

Further information is available via the UK distributor: www.albionhobbies.com