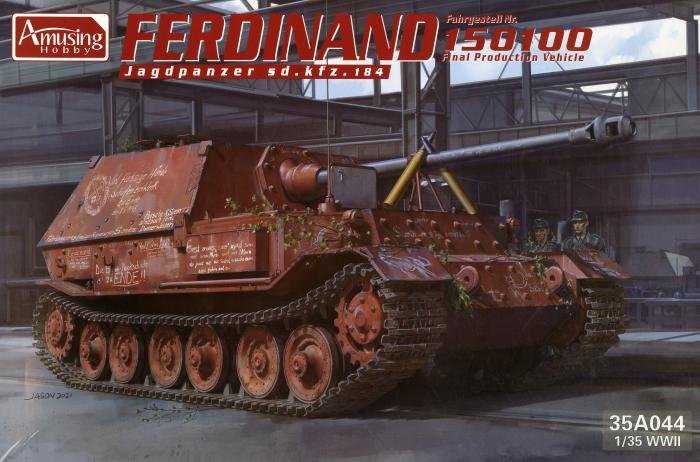 These initial machines used the chassis proposed by Porsche for its version of the Tiger tank, fitted with an 88 mm Panzerjägerkanone 43/2 gun. After poor combat performance during the Battle of Kursk in 1943, which highlighted close-quarter and self-defence vulnerabilities, surviving vehicles were modified, being renamed ‘Elefant’ (elephant).

Along with the decals, there are minor changes to the kit’s components compared with previous offerings, with this iteration comprising 21 runners plus separate lower hull and upper ‘fighting compartment’ – eight of the frames are for the individual-link tracks. Staying with the running gear, six pre-shaped wire springs are supplied for workable suspension. A wire length is supplied for a tow cable, while spare shells and other weapon-associated fittings are carried over from previous boxings, though none are suggested for use in this version.

AMMO-MIG has produced the painting guide, with white-toned motifs applied over the red oxide-toned primer supplied as crisply printed decals – replicating the vehicle as built on May 8, 1943.