Welcome to  a regular feature highlighting local clubs from around the UK, with up to four added each month. Wisbech Scale Model Club was formed in August 2014, from just four members, and welcomes modellers of all ages. Every meeting is a build night and a ‘show and tell’ for your latest creations. The club takes pride in being a diverse one, in which many genres are represented – horror, fantasy and science-fiction models are always a talking point, as are the more usual armour and aircraft subjects, to say nothing of the civilian vehicles on show from all ages. 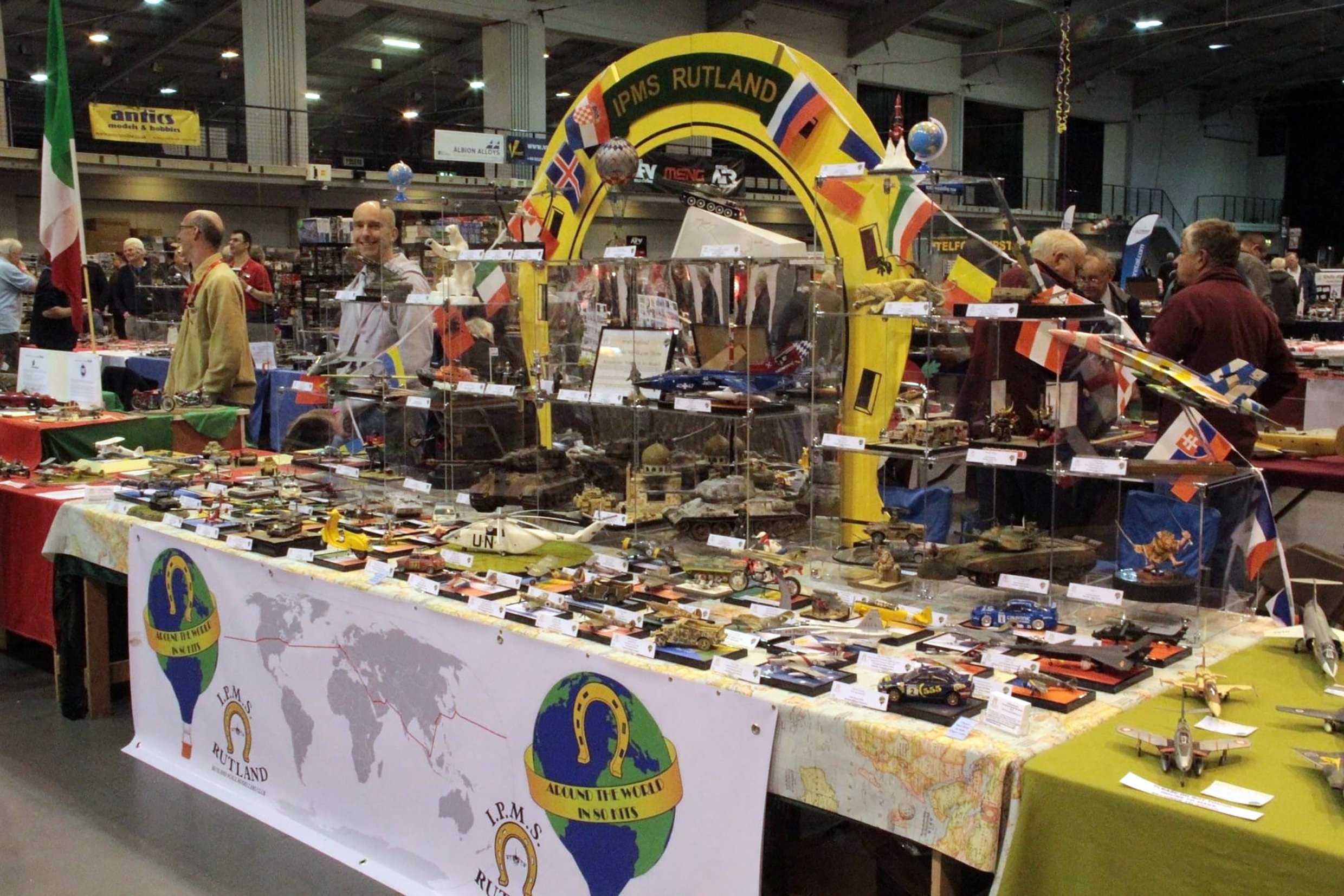 The Rutland Scale Modellers club is a cheerful bunch of modellers of all ages and abilities. The group caters for a wide variety of genres and welcomes people of all skill levels. In addition to the regular monthly meetings, the club runs four competitions for a ‘modeller of the year’ prize, plus group builds that can be orientated around any subject.

When: Third Thursday of each month, from 7.45pm

Contact: Jeremy Hall (branch secretary) info@ipmsrutland.co.uk or simply pop along to a meeting The club has been meeting in the locality of Letchworth and North Hertfordshire for more than 25 years, and is a small, friendly group. Members have a wide variety of interests and skills encompassing many facets of design, construction, modification, painting and collecting. Meetings are generally themed, with club members or guests demonstrating modelling techniques and collections but with plenty of time to chat.

The club encourages all types of modelmaking, including figures, flats, military and civilian vehicles, aircraft and boats. It also caters for those with an interest in military history, dioramas and wargame figures.

When: Third Wednesday of each month from 7.30pm to 10pm The Aberdeen Modeller's Society is formed from a mix of ages and backgrounds but all with the common interest in scale models of all types, including Lego pieces and paper subjects.

Meetings cover a ‘show and tell’ of completed models, latest purchases and a modelling techniques session. The society occasionally gets a guest speaker to present on a specialist subject, and has previously welcomed retired Red Arrow pilots. The club also has a strong attendance at exhibits around Aberdeenshire and at shows across Scotland. An annual pilgrimage to SMW at Telford is usually organised for those that wish to attend. IPMS Ipswich is a relaxed and friendly bunch, and welcomes anyone with an interest in scale modelling, regardless of age or skill level. Within the club you are bound to meet someone with a common interest as its members build ships, aircraft, military vehicles, automobiles, sci-fi and figures. The club participates in both local and national model shows, where members get a chance to exhibit their models to the wider public on the club stand.

The second Tuesday of each month is set aside as a ‘build night’, when members bring along their latest projects, and is an excellent opportunity to informally share tips and techniques as well as catch up on the latest news and new releases. A monthly competition is held on the fourth Tuesday, with members presenting their latest builds to the group, with a popular vote being held of what’s on the table that month (no categorisation). Additionally, there are two or three themed competitions per year.

When: Second and fourth Tuesdays of each month, from 7.30pm 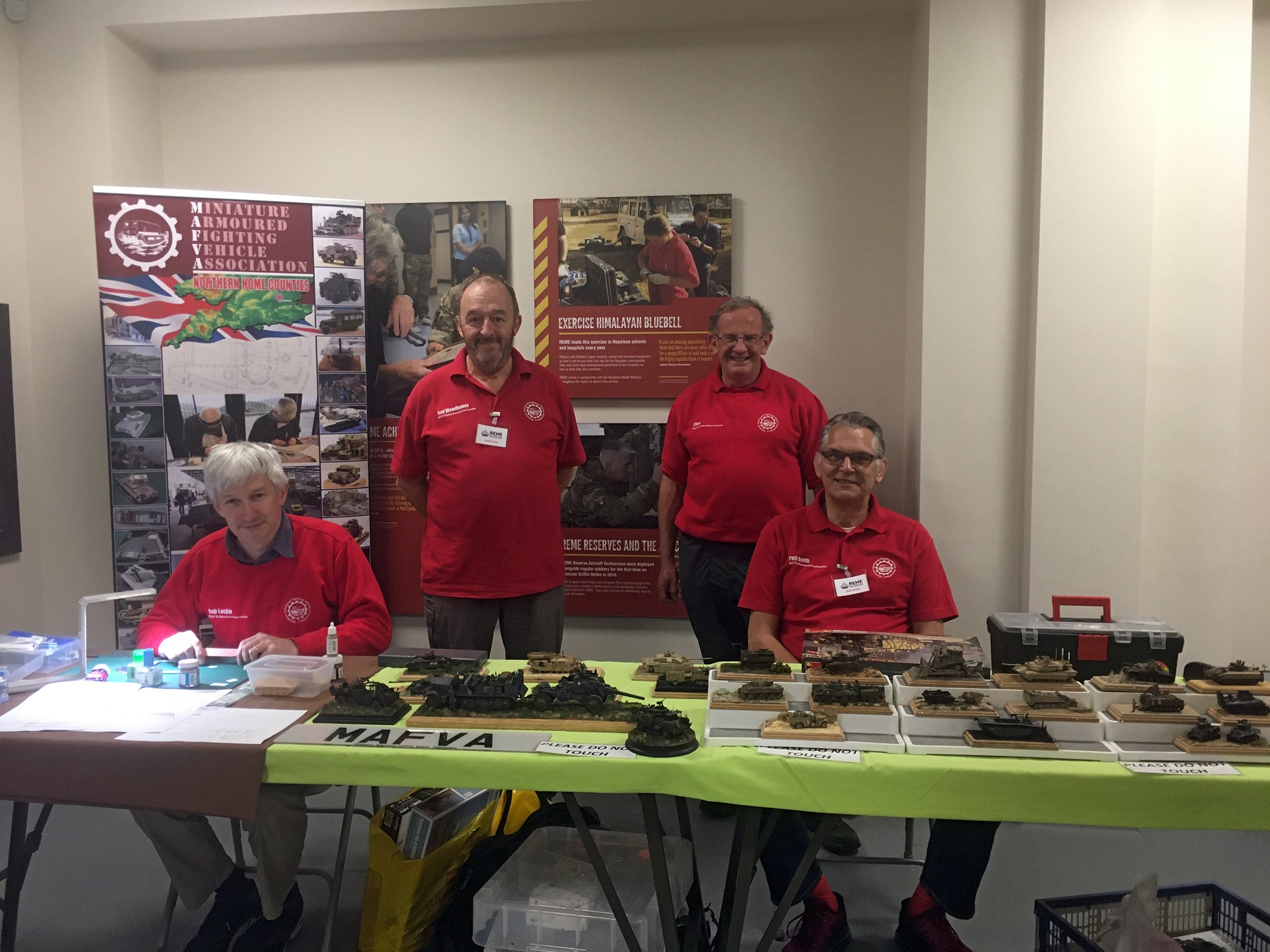 The Northern Home Counties branch of MAFVA (Miniature Armoured Fighting Vehicle Association) has been meeting in Hemel Hempstead for the last quarter-of-a-century, and is one of the most established branches. When not meeting at the Leverstock Village Hall, there are online Zoom meetings every Tuesday at the same times. All of these events are well attended, with members joining meetings from as far afield as Swindon, London and Norwich. Each meeting is a chance for members to talk about progress on their builds, and each in-person meeting has a presentation on a military vehicle, battle or modelling technique. Many members have attended meetings since the club was formed, and the friendly atmosphere is a key part of this very successful group. Get in touch for full details, including the link for Zoom meetings.

When: Fourth Tuesday of each month (the second Tuesday in December), from 7.30pm The West Kent Scale Model Club has been in existence for approximately 50 years. They're a varied bunch, covering aviation, armour and vehicles, in just about every scale and every material. They have a member who can scratch-build a Short Sturgeon, while another is working his way through the RAF Typhoon squadrons and equipping them with models for their museums. There’s even a member who seemingly won't build anything with a span of less than two feet! Meetings are friendly, informal affairs where members catch up on progress, check out new kits that others have bought, and share advice and tips and historical background – and there's always tea, coffee and nibbles. The club attends around eight shows a year when the conditions are more normal, including The Big One at Telford in November – they hope to see you at one sometime next year.

When: Second Friday of the month at 7:30pm Established as an independent model group in 1982, the Sheffield Model Group meets once a month and welcomes modellers of all ages. Even after all these years, the enthusiasm for our fantastic hobby from the members is stronger than ever. They are a friendly bunch and anyone interested in the hobby is most welcome to join them – they’re assured a 'reet' good Sheffield welcome!

Current members have interests in all aspects of the hobby and all scales including armour, aircraft and figures.

When: Second Tuesday of the month, from 7pm until 10pm

The club was formed approximately 10 years ago by a group of like-minded modellers from across South Devon and the area around Dartmoor. Within the club are non-IPMS members as the group is open to all modellers regardless of their skill level or area of modelling. With some internationally renowned modellers in our midst, no secrets exist when it comes to scale modelling and ideas are freely shared among all. A warm welcome awaits anyone who isn’t interested in getting involved with politics, just modelling!

When: First Thursday of each month from 7pm-9.30pm Peterborough Scale Model Club offers a hearty welcome to modellers of all abilities and covers a wide range of subjects. If you are new to the hobby and want to improve your building skills this club will help you. Or if you’ve been in the game for some time, it’s a great place to compare your work with others of similar experience. The club is small and friendly, with around 40 members who hail from a wide area around Peterborough, and we attend numerous shows around the region. The annual World Championships at Telford, Shropshire, is always high on the attendance list, giving our members the chance to display models to a massive audience. We are a small, friendly branch that began life in 1965 as Lancashire and Cheshire IPMS Model Club with some of the original IPMS founders, but the name was changed a few years ago to reflect where we are now based. The branch has modellers at all skill levels and covers everything from aircraft, armour, cars, figures and sci-fi – if it’s a model that can be built, it’s more than welcome at our meetings, as are you. We are a mixed bunch of folks and actively encourage young and old alike to come along and see us. Skill levels vary, but we have no experts or rivet counters. Each month there is an openhouse competition and a friendly vote for the model of the month – winners then take part in a ‘grand final’ at the end of the year. There is also a themed competition every other month, which again goes through to an annual event. Questions are encouraged from both new and seasoned modellers, as there is usually someone who has found some new technique or stumbled across a problem. We attend several local and not-so-local model shows each year.

When: Last Tuesday in the month from 8pm-10pm (except for December, when there’s no meeting) IPMS Plymouth is a happy group of modellers who build all types of kits in a variety of scales. We accept members of all ages and skill levels, encouraging people to try other genres to build up their knowledge and abilities. January is when we hold our club’s annual competition, which has 10 different categories. We also hold an exhibition on Armed Forces Day and support model shows across the South West.

Want to let modellers in your area know about your club, or looking to attract new members? Send your club details (as above) and a hi-res photo (either of the current members or a show stand) to: stuart.fone@keypublishing.com