In its most intrepid forms, modelling can take you across the world and even beyond, as this month’s reader showcase demonstrates. Dragon Apollo and Moon Buggy
As a child of the 1970s, Kevin Sargeson is understandably a fan of the moon landings and the Lunar Rover vehicle used to traverse the satellite’s surface. Hence, Dragon’s 1/72 depiction of the Apollo 17 mission was simply irresistible. The set includes the crater-riddled base, Command and Service Module (CSM), Lunar Module (LM), the rover and a minute astronaut figure (all pictured). 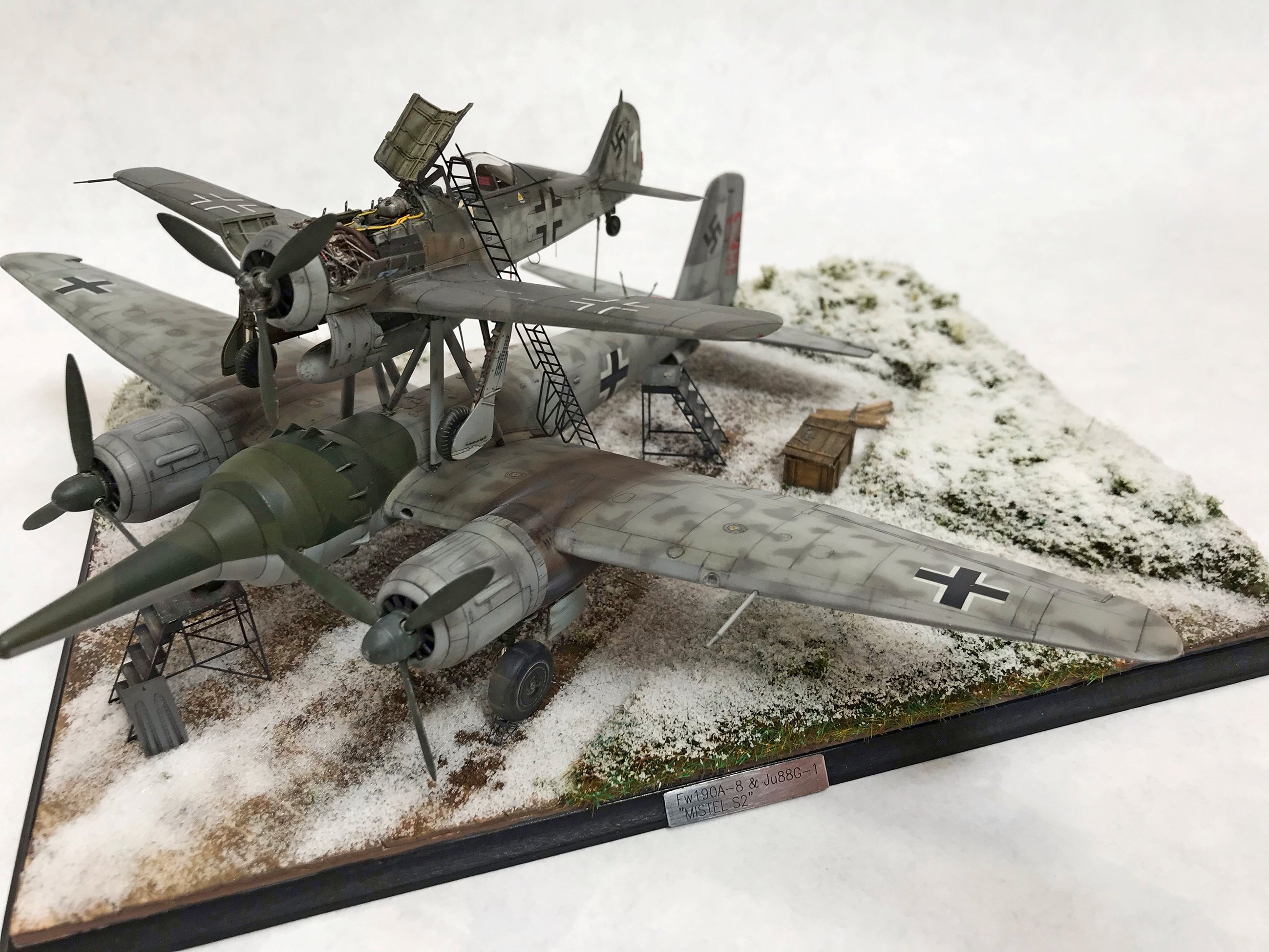 Hasegawa/Eduard Fw 190 and Ju 88 Mistel
Ian Wilson discovered Hasegawa’s 1/72 Mistel 2 while on holiday in Sydney, Australia – though the Fw 190 was substituted for Eduard’s samescale offering, as this allowed the incorporation of the Czech firm’s engine, flap and propeller upgrades. Reference from Robert Forsyth’s book on the subject aided the finishing of the model as 6./JG 200’s Red 12, based in a snowy Denmark location during 1945. Airfix Nakajima B5N ‘Kate’
Adding the upper camouflage to Airfix’s 1/72 B5N torpedo-bomber – also known by its Allied callsign of ‘Kate’ – was a lesson in patience for Paul Wells. An aftermarket masking set was used to great effect on the type’s long canopy, while selected chipping around the engine and a restrained panel line wash were set off by a neat base. Polar Lights Robby the Robot
Another of Kevin Sargeson’s projects was too good to omit, and similarly compelling when found at a model show: Robby the Robot from the film Forbidden Planet – subsequently appearing in numerous sci-fi movies. Various iterations of this 1/12 scale kit have been released by Polar Lights, with different versions containing alternative parts for different film appearances. Airfix Mitsubishi A6M Zero
Starter sets can offer an encouraging entrance to modelling, especially as further techniques can be employed to enhance the project. Paul Wells did just that with Airfix’s 1/72 Zero, adding Flory Models washes, tonal variation and chipping with oil paint plus further wear with a pencil. 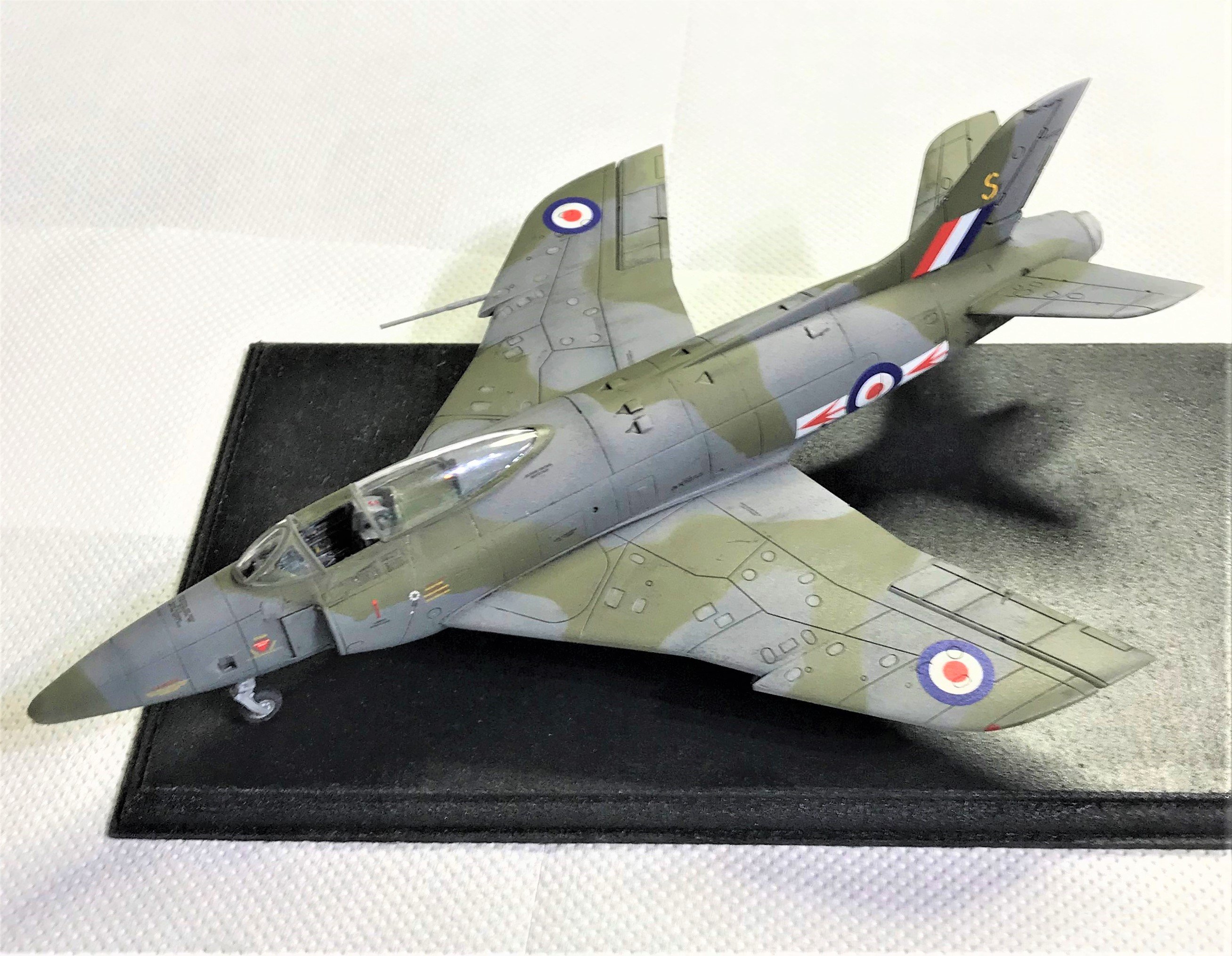 Airfix Supermarine Swift
Another Paul Wells project involved Airfix’s 1/27 Swift, which was built straight out of the box, excepting the addition of seatbelts made from coffee tin material. Tamiya Sd.KFz. 7/1 20mm Flakvierling
Having been a modeller for over 50 years, this was the first time Dave Eyles has ever constructed a diorama incorporating snow – along with the frozen precipitation, Tamiya’s 1/35 Sd.Kfz. 7/1 flak-equipped half-track was joined by Tamiya and MiniArt figures.