Unusual subjects and breaks from the hobby are key elements in this month’s selection of impressive reader-submitted build projects. Italeri Kaman HH-43 Huskie
German modeller Gunther Winkle discovered Testors/Italeri’s 1/32 HH-43 Huskie in a stationery shop as long ago as 1991 – the model was finally built during the COVID-19 lockdowns. Cobra’s enhancement set was added, while an exhaust pipe was turned from aluminium, hoist and rotor heads were modified and a new scratch-built windscreen was fitted. Revell de Havilland Mosquito
Revell’s 1/32 Mosquito Mk.IV was constructed by Dudley Williams, who returned to the hobby after a half-century break. The model was built out-of-the-box with no specialist skills or techniques employed, though a neat base with loading accessories set the scene with the ‘Mossie’ as the centrepiece. 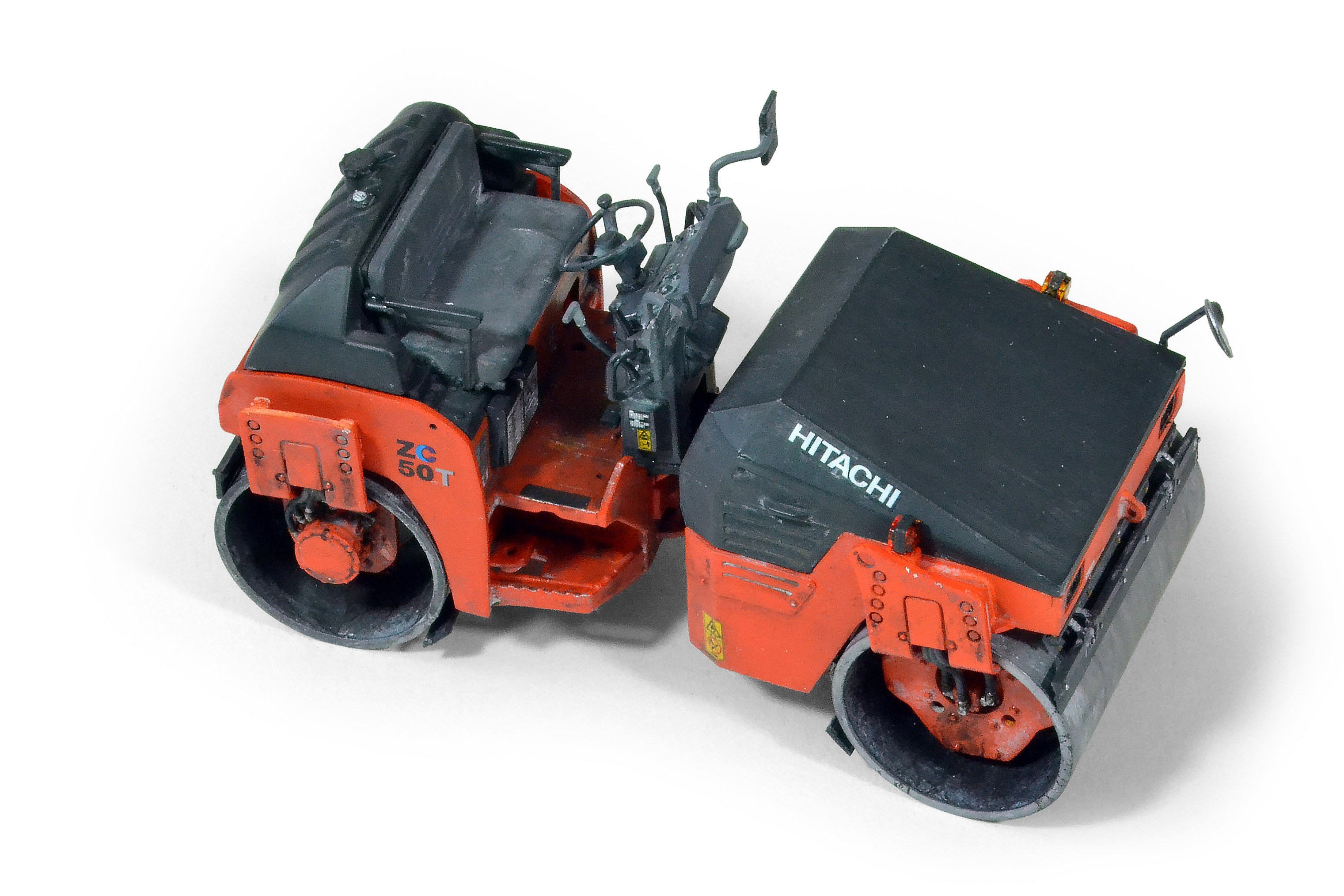 Hasegawa Hitachi ZC50-T
Adding a welcome splash of colour and variety, Hasegawa’s 1/35 Hitachi ZC50-T Vibratory Road Roller is just 3½in long but formed a lovely project for Andrew Prentis. Opportunities for weathering the construction machine were taken with Mr. Metal Color Stainless Steel applied to the rollers, which then received Flory Models washes and sanding to create a worn appearance. Revell Type XXI U-boat 2540
U-boat U2450’s fascinating history has led the once-scuttled craft – now known as the Wilhelm Bauer – to be displayed as a museum piece, as represented by Richard Butler’s diorama. A custom-designed and built lighting rig adds atmosphere and can be set to different colours, while Westfoam docking, water formed from napkins and various figures finished the scene. Airfix Canadair Sabre F.4
Having been gifted Airfix’s new-tool 1/48 Sabre, Richard Page took a week off and challenged himself to finish the model in that timespan. The attractive result features kit-supplied detailing and painted squadron markings.