This month’s selection of reader projects features large subjects depicted in the small scale of 1/72 – including a trio of diorama builds. 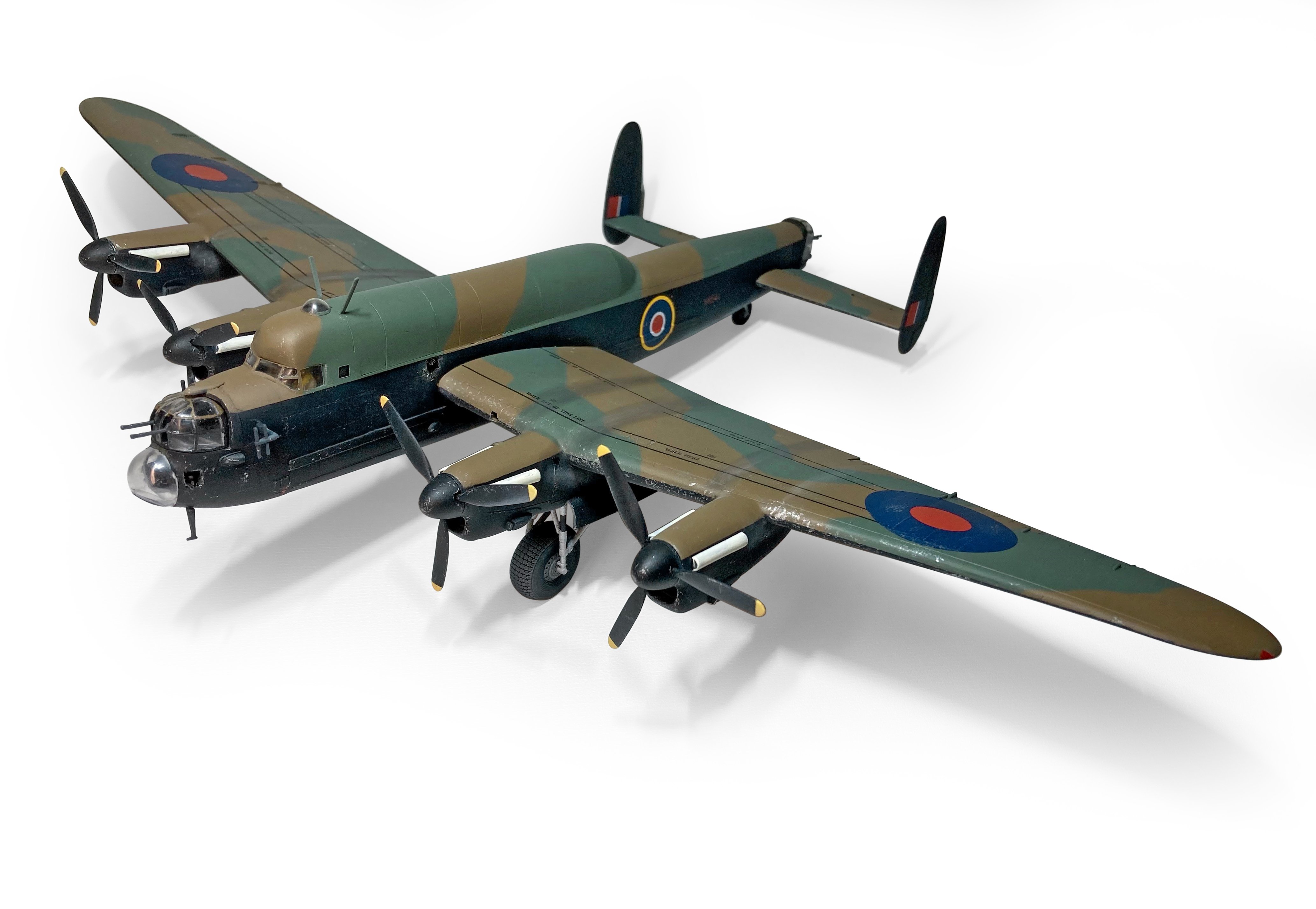 Airfix Avro Lancaster
Usually, saddle tanks may be more common on steam locomotives, but were fitted to aircraft including the Avro Lancaster – as recreated by Si Wheeler, Airfix’s 1/72 kit and a Final Touch conversion set. The additional tankage was intended to increase range for Far Eastern service, but caused negative handling characteristics and was unpopular with test pilots. Further additions to the model included BarracudaCast mainwheels and Pavla propellers. Airfix Supermarine Spitfire
Free time during lockdown inspired Dave Savage to return to modelling after a 40-year break, constructing this diorama featuring Airfix’s 1/72 Spitfire and Standard ‘Tilly’. Parked on a south coast beach, the ground vehicle was imagined to house the pilot’s spouse awaiting the airman’s return from over the sea, which was formed from kitchen roll, PVA glue and paint. 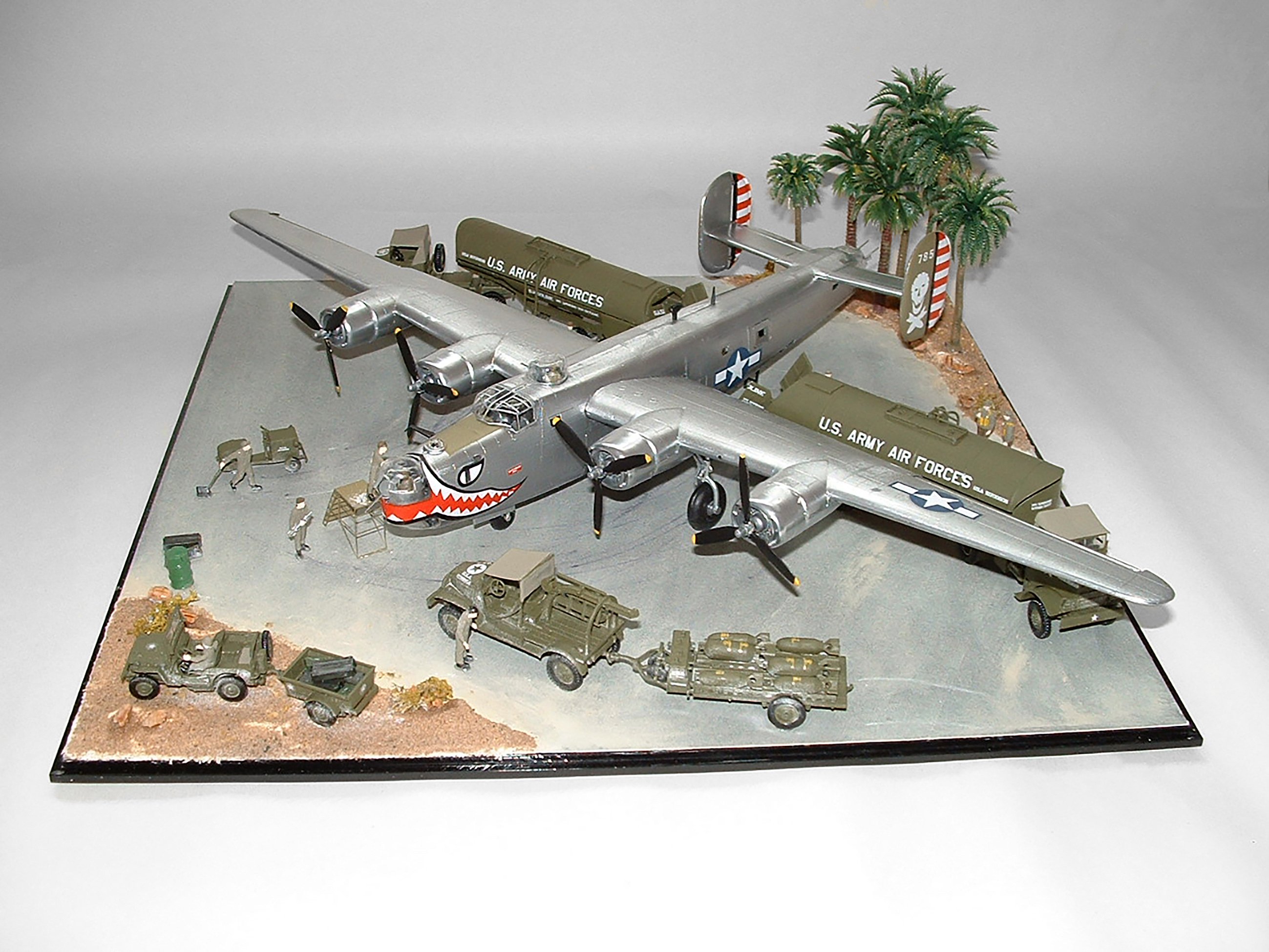 Airfix Consolidated B-24 Liberator
Kenny Forrest’s combination of Airfix’s 1975-released B-24J Liberator, the firm’s more recent Re-Supply and Airfield sets plus Brengun accessories and a Puffin Plastics base resulted in another superb small-scale scene. Along with the convincing composition and finish, electric motors ensure the propellers spin when the diorama is displayed. 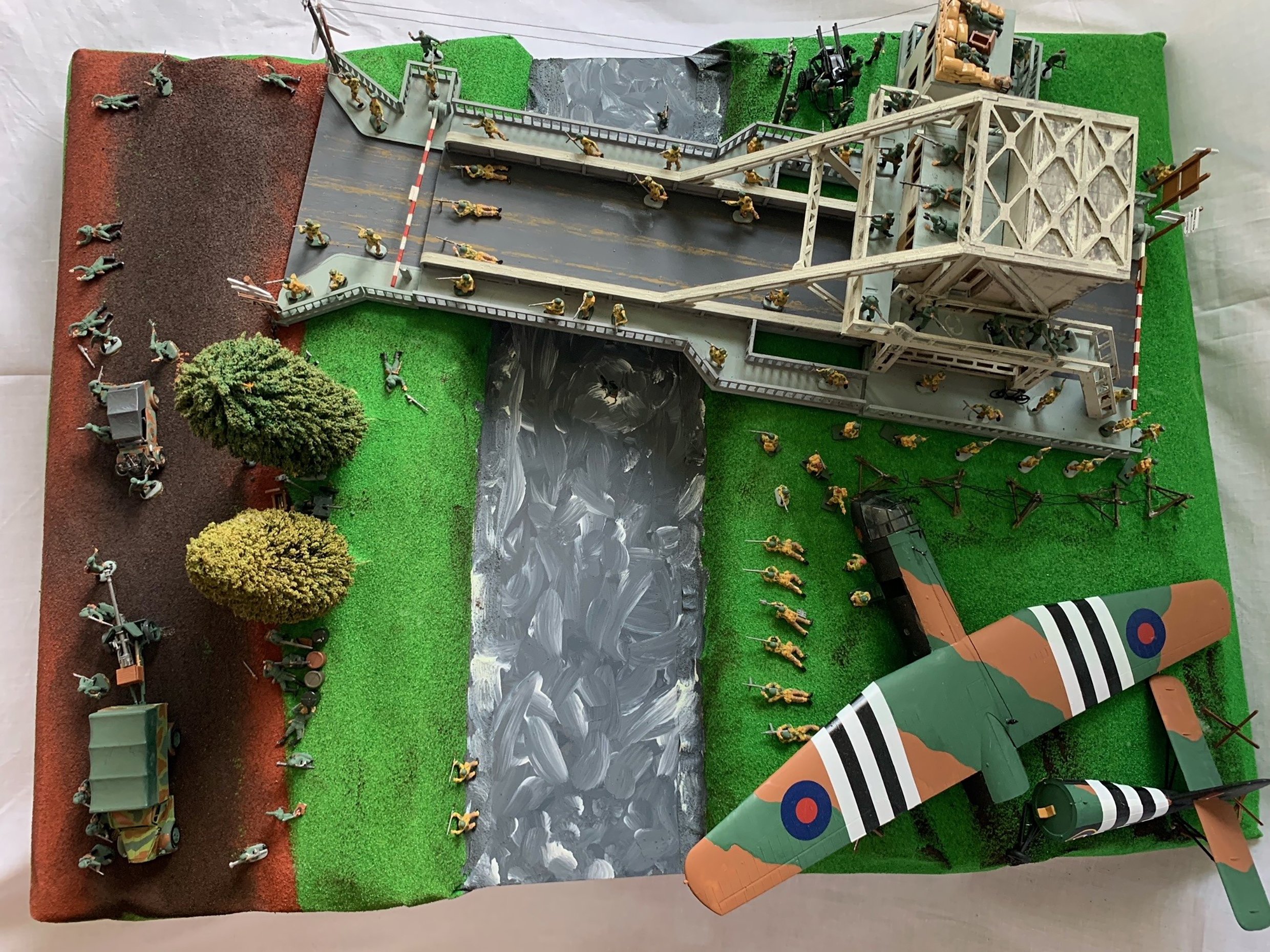 Italeri Pegasus Bridge Diorama
The well-known Allied assault on the Bénouville Bridge on June 6, 1944 was the subject of Duncan Bower’s 1/72 scene, incorporating Italeri’s Airspeed Horsa, Opel Blitz, artillery and Kubelwagen kits plus more than 120 figures. The bascule structure, which is now a war memorial, was supplied as laser-cut wood, while simple groundwork and representation of water completed the setting. 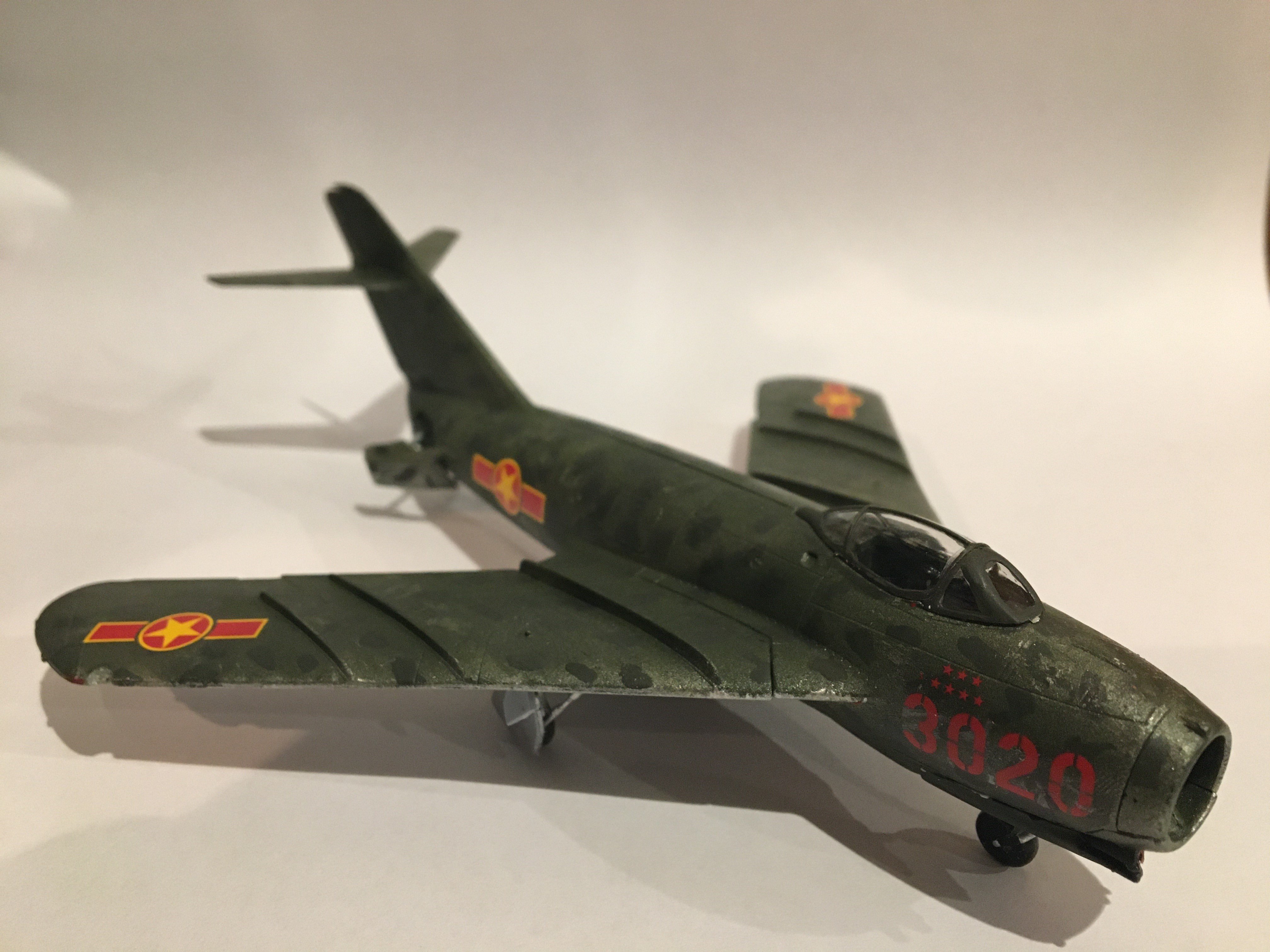 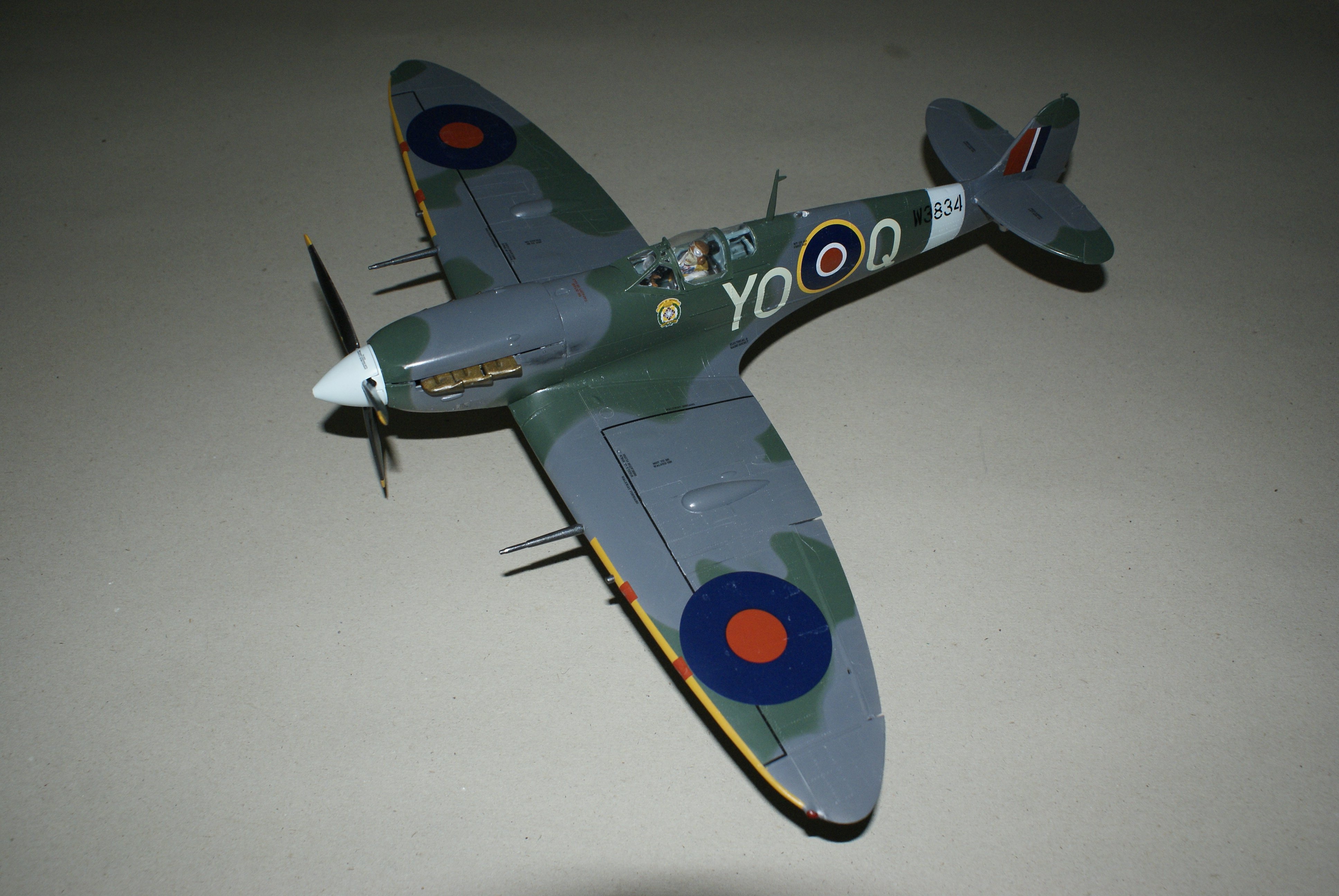 Airfix Supermarine Spitfire Mk.Vb
While most modellers will be familiar with Airfix's 1/24 scale Spitfire 'Superkit' depicting a Mk.I, several iterations have been released with different parts suitable for a Mk.Vb variant - one of which was the subject of John Barnes' build project. A custom camouflage pattern made for an unusual appearance, as did the pilot figure and raised undercarriage, which allowed the model to be hung as an 'in-flight' example. 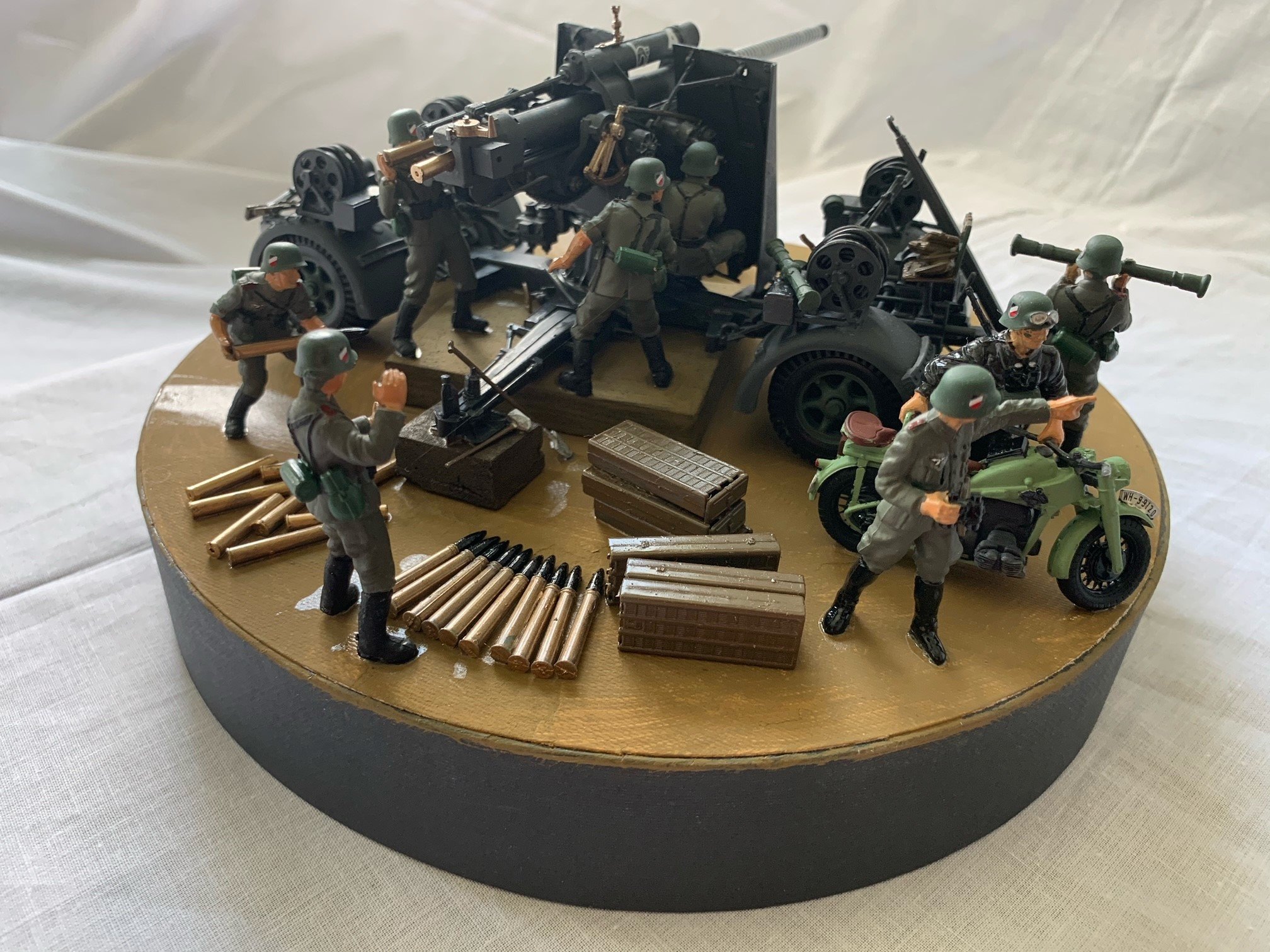 Tamiya 88mm Gun FlaK 36/37
Another of Duncan Bower's dioramas featured Tamiya's comprehensive 88mm Flak package, which included the infamous gun, crew figures with armament ephemera and a Zündapp motorcycle, all in 1/35 scale. A simple base was formed from a chocolate box lid, tying the scene together.