Researching fact, having the subject to hand and investigating fiction were key to this month’s stupendous array of reader projects.
Scroll down for bonus online-exclusive entries! 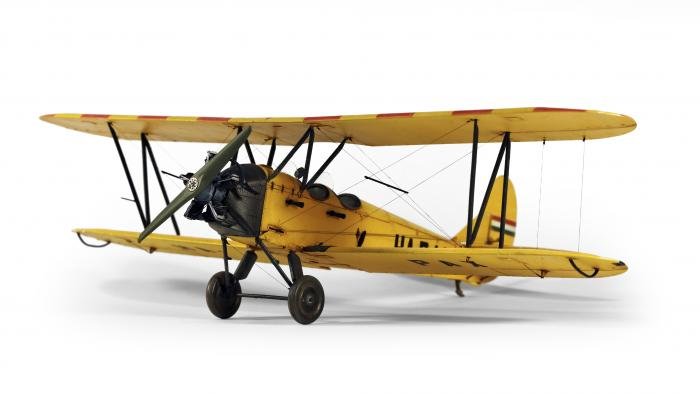 ICM Polikarpov Po-2 (see more below)
This stunning example of ICM’s quarter-scale Po-2 was the result of Csaba Fodor’s work to depict a glider tug as flown in Hungary 1957-59. The real aircraft was a late-model airframe, which required propeller and horizontal stabiliser modifications, while Eduard photo-etch and Ushi van der Rosten rigging was also added. Airbrush work, custom decals and oil paint weathering completed the model. (see further image of this model below) 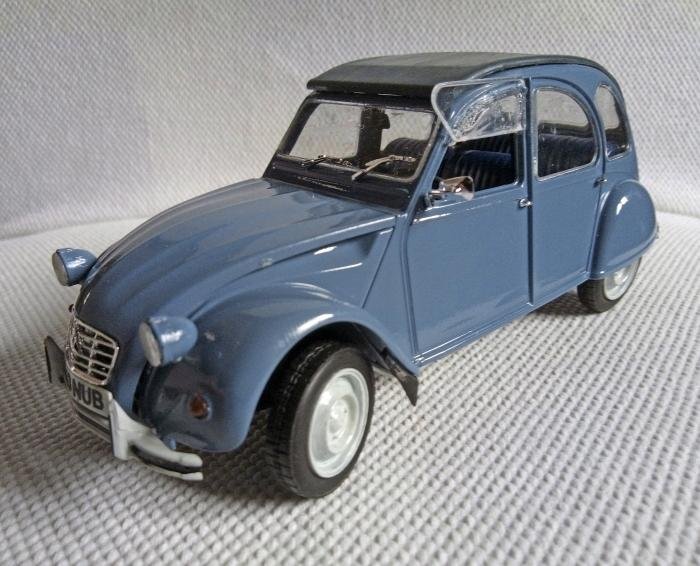 Revell Citroën 2CV
Returning to the hobby after a 60-year absence, Leo Quinn decided to use Revell’s 1/24 scale offering to replicate the 1986 Citroën 2CV he and his wife had restored in 2014 – certainly an ideal way to ensure adequate reference material! Automotive paint was used to achieve a perfect tonal match while self-adhesive lettering provided an accurate numberplate.

Airfix Handley Page Jetstream
While not one of Gerry and Sylvia Anderson’s most famous works, the television series UFO was the inspiration for Colin Taylor’s build of the recently re-released Airfix 1/72 Jetstream. This replicated G-ATXH as it appeared in the pilot episode Identified, and involved thinning the undercarriage bay doors, adding Bare Metal Foil to the fuselage and adding the serial and insignia via decals and paint, respectively. 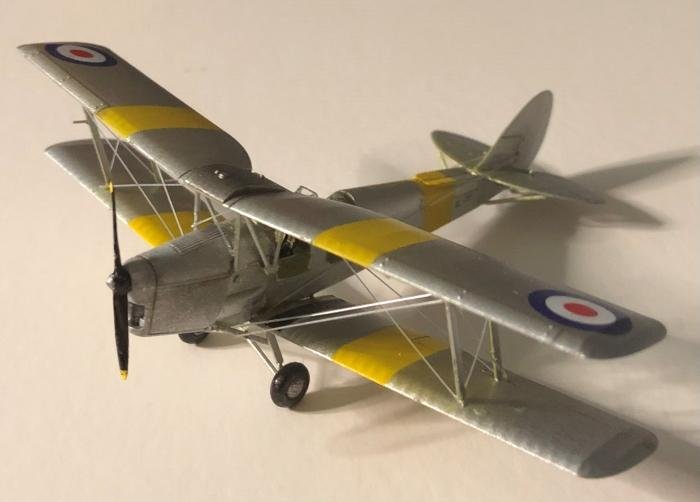 Airfix Tiger Moth
Another of Lim Ewe Gen’s creations was this smart take on Airfix’s small-scale DH.82 Tiger Moth in Royal Navy livery. This example was built straight from the box with the only addition to the 1/72 model being rigging formed from paintbrush bristles

Below: Check out another image of Csaba Fodor's stunning take on ICM's 1/48 Po-2, with the oil paint weathering on the upper surfaces and simulated wear apparent. 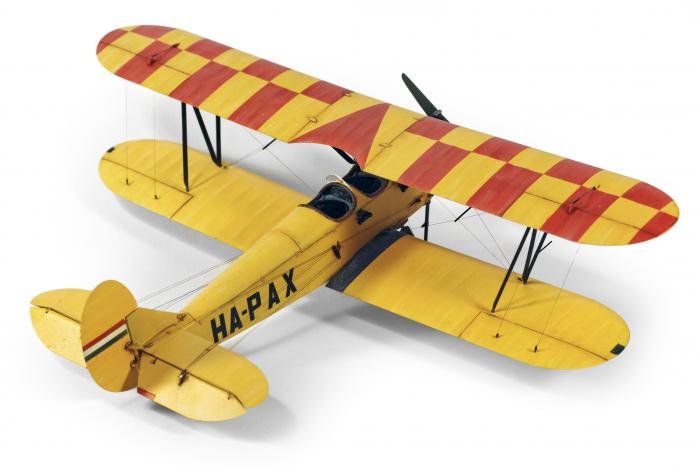 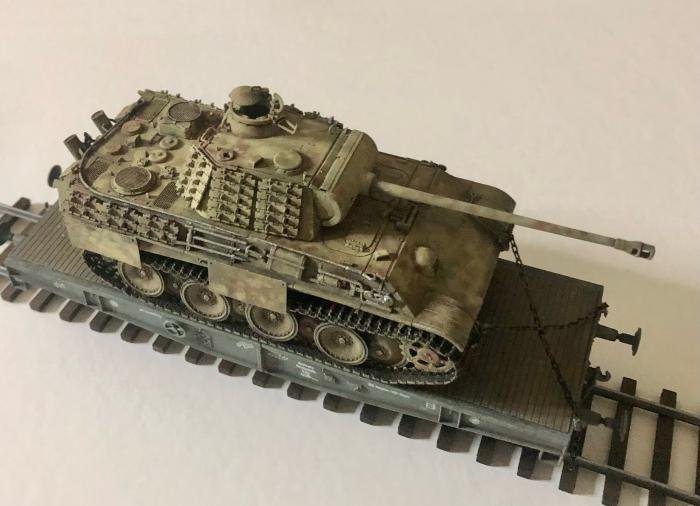 Vespid Models Panther Ausf.G
Chinese firm Vespid Models’ newly tooled 1/72 Panther tank was posed on a same-scale Modelcollect flatbed wagon by Lim Ewe Gen. Both elements were constructed as supplied, though their conjoining involved the addition of 2mm chain connecting the front and rear of the tank to its transport. 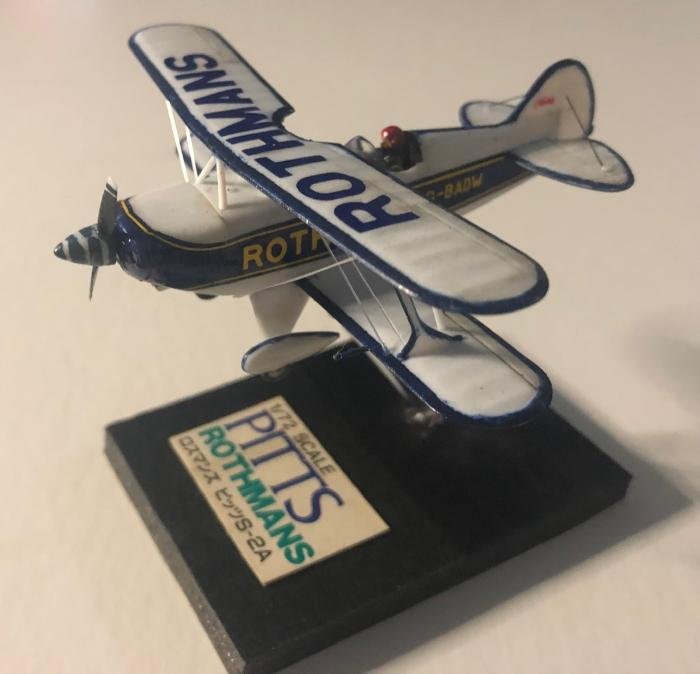 LS Pitts S-2A Special
It’s great to see modelling efforts from further afield – Singapore-based builder Lim Ewe Gen presented this fine example of a 1/72 Pitts Special produced by Japanese firm LS, which is now defunct. Rigging was added and a stand constructed to avoid handling the 3in model, while the aged decals took an hour of soaking before they could be used. 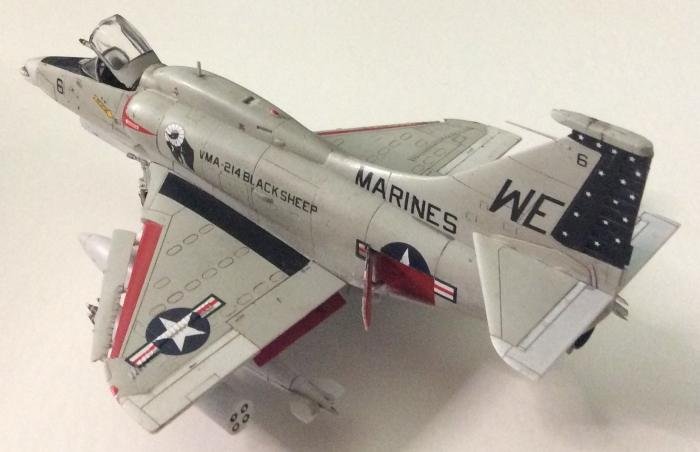 Hobby 2000 A-4M Skyhawk
A re-boxing of the Fujimi tooling, Hobby 2000’s 1/72 A-4 Skyhawk was another offering constructed by Lim Ewe Gen. This example depicts an A-4M operated by the US Marines’ VMA-214 Black Sheep – hence the fuselage legend – during 1979.

Aoshima Mitsubishi Fuso MP38 bus
Japanese firm Aoshima has released several iterations of its 1/80 Mitsubishi bus, including a version with markings as used by the country’s Seibu company, which was built by Lim Ewe Gen. Despite the minute size, the kit includes a full interior, which could be viewed through the open doors.