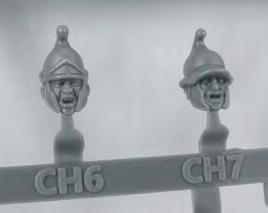 THE DAYS of modelling and wargaming being regarded as separate disciplines are long gone, such is the cross-over between the two, and this is exemplified by Victrix’s latest figure set.

Its Macedonian Greek Successor Heavy Cavalry (VXA027) is in the popular 28mm tabletop scale (approximately 1/58), but the complexity of design and intricacy of detail is akin to that found on much larger figures. Don’t be fooled by the label, which states there are 12 figures – when assembled there are just three (each comprising horse and rider), but there are four options: Macedonian Companion, Thessalian Noble, Greek Heavy and Successor Cavalry. These have their own idiosyncrasies, be it the wearing of cloaks, use of spears and javelins or shields, and different styles of headgear. All are included on the two crisply moulded styrene runners, and there is a helpful guide on the packaging card as to which arms, heads etc go with which arm of cavalry. Those seeking further refinement may wish to consider the separate decal sheets, for a variety of Successor shield unit designs. For more on this or other wargaming sets, visit: www.victrixlimited.com 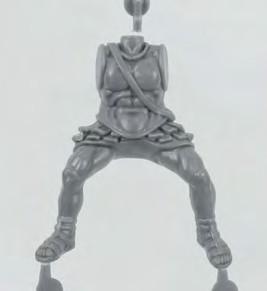