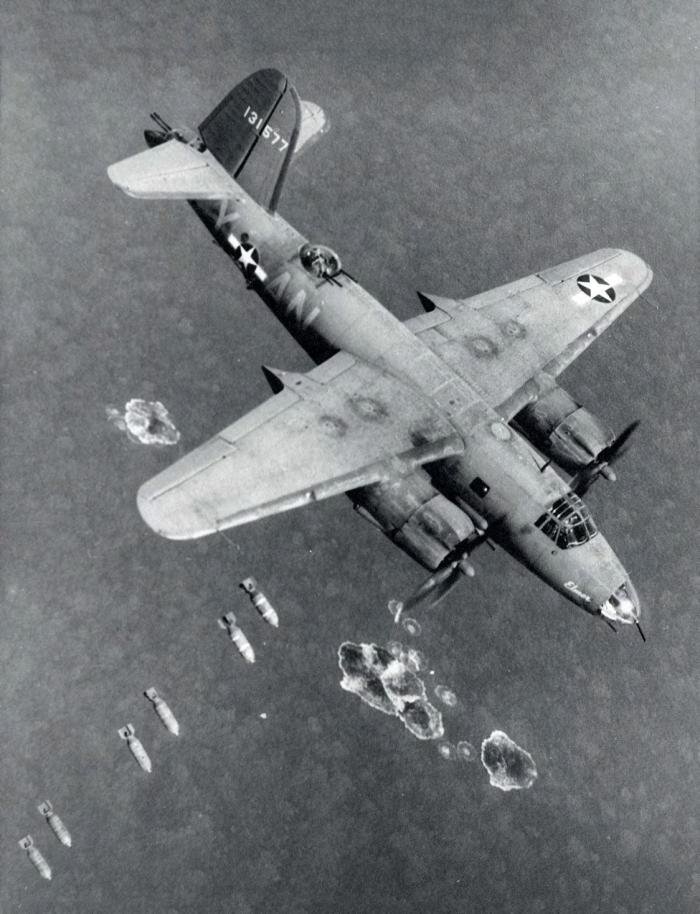 This month we’ve been inspired by Airfix’s re-release of its vintage 1/72 B-26 Marauder. An interesting aircraft, yet poorly served by kit manufacturers, the type is exemplified in this splendid image of B-26B 41-31577/ AN-Y ‘Elmer’ of the 553rd Bombardment Squadron, 386th Bombardment Group. The aircraft was flown by Lt Haber as part of the group’s first combat mission on Friday, July 30, 1943 (flown from Boxted) to attack the Luftwaffe fighter base at Woensdrecht, the Netherlands.

The mission was described as ‘rough’ by some of the aircrew; poor visibility and enemy fighter attacks meant some aircraft did not find their target, having to ditch their bombs in the North Sea during the return to Boxted. It’s highly likely this photo was taken on the flight home that day.