The stunning 1/72 P-51B/C Mustang released by Arma Hobby, in late 2021, has been re-issued with two new colour schemes for Mustang Mk.IIIs. 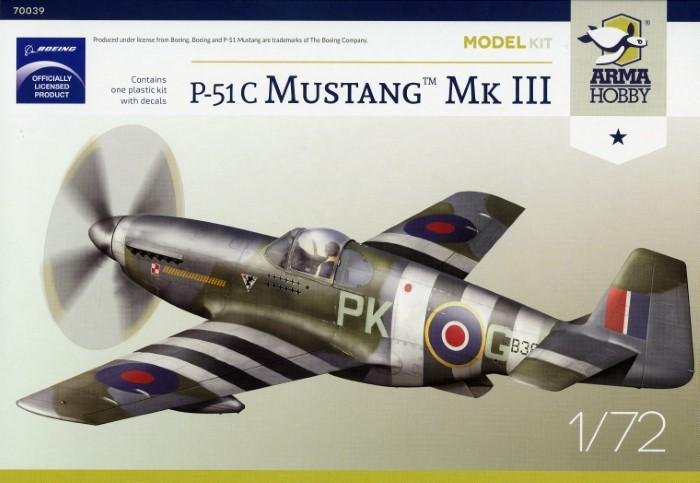 Poland’s Arma Hobby impressed legions of Mustang fans last year with its sublime new-tool P-51B/C kit. It set new standards and can widely be considered the best example in its scale. Now, the firm has re-released the styrene parts in new packaging, with a fresh decal sheet carrying markings for a pair of RAF airframes. And while the photo-etched brass details employed in the P-51B/C do not accompany this new kit (70039), the styrene components alone are more than good enough to replicate the Mustang Mk.III in sublime fashion.

One scheme in this new boxing represents the standard RAF day fighter livery of Dark Green and Ocean Grey over Medium Sea Grey, but the instructions also show another airframe with slightly different shades… possibly to reflect the use of equivalent DuPont paints by manufacturer North American. 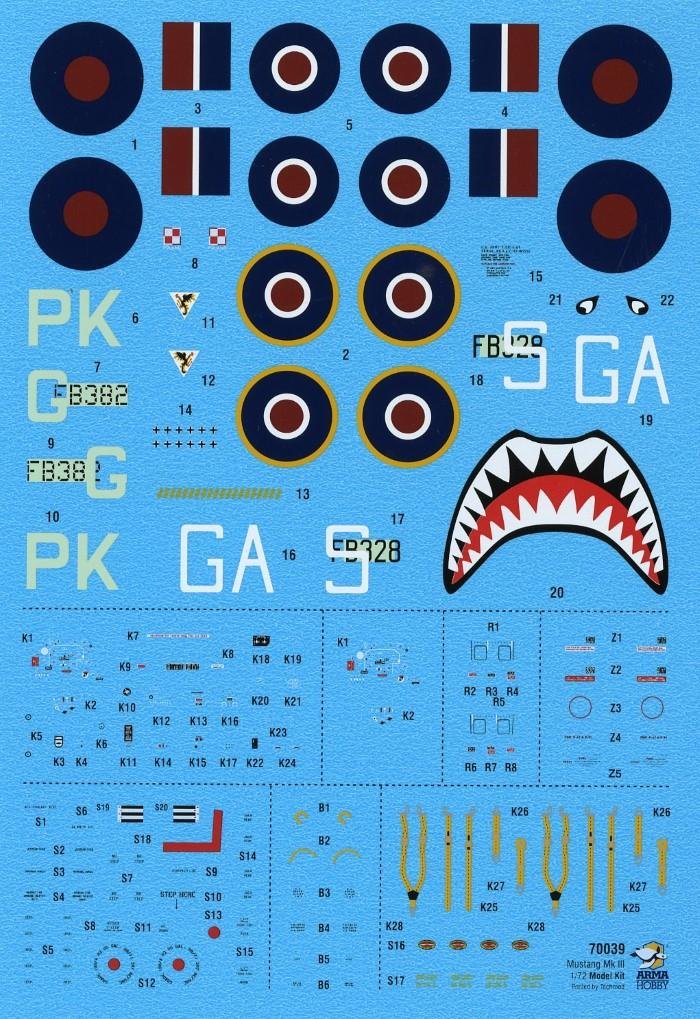 Both the standard heavily framed canopy, as well as the so-called Malcolm hood, are supplied. And as with the first boxing, there are optional pilot seats and exhausts, and different radio antenna fits. Different parts are also provided to portray the Malcolm hood open or closed, while you also have open/closed formats for the standard glazing. Metal and cellulose underwing fuel tanks are present, along with bombs. The liveries in detail are: 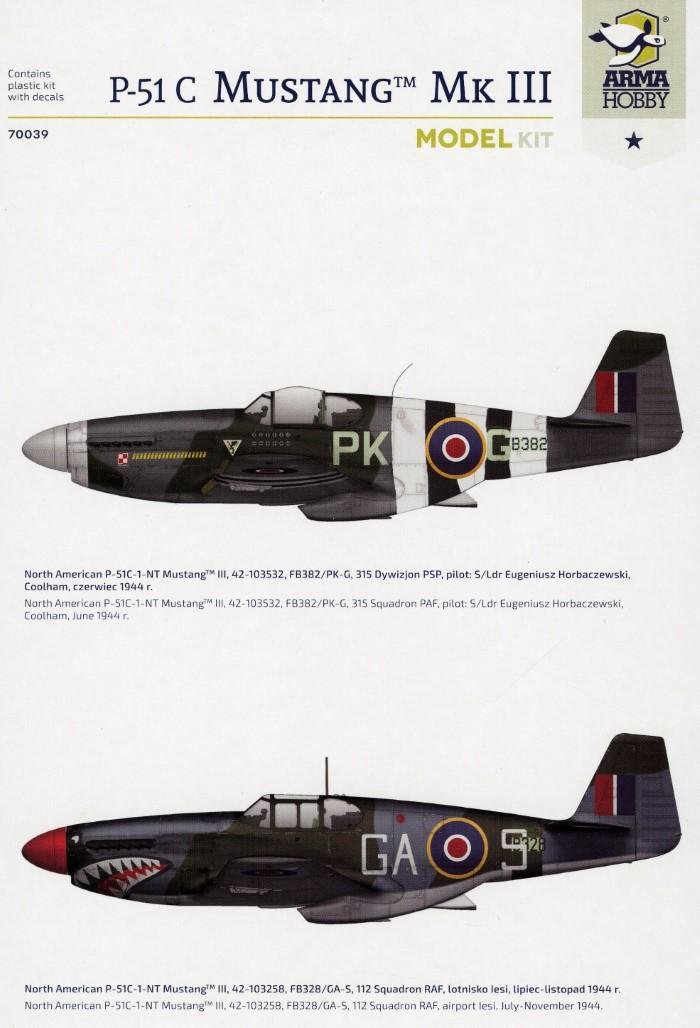