Poland’s Arma Hobby has released another boxing of its delightful 1/72 P-51B Mustang, this time as an F-6C recce-themed Expert Set. 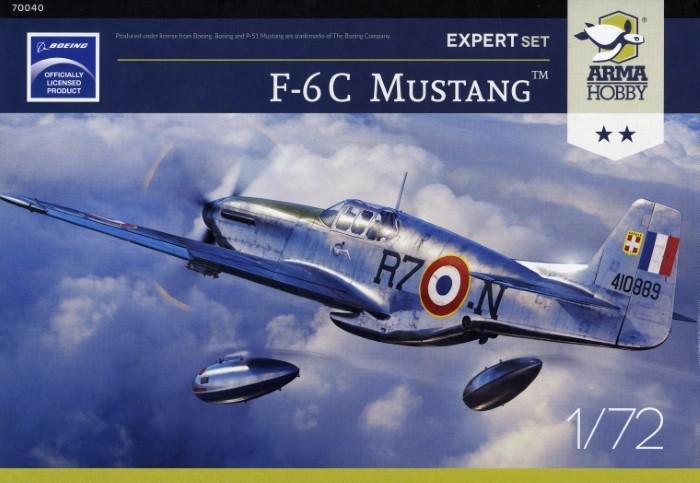 When Arma Hobby issued its new-tool Mustang last winter, it arguably became the best example of the type in 1/72 scale. It’s absolutely packed with fine detail, and the first boxing was a P-51B Expert Set, which provided photo-etched (PE) brass components. 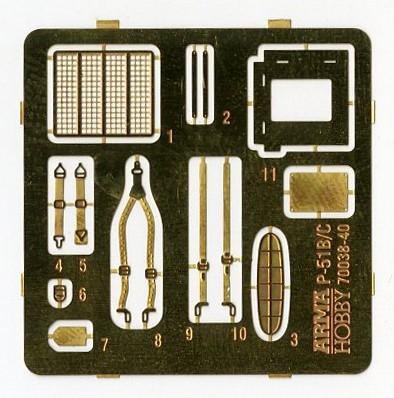 Now, the same set of styrene runners and a PE fret have been re-boxed with new decals, representing four different camera-equipped F-6C airframes (kit 70040). Markings for one French and three US machines are provided; two are in natural metal, and the others wear Olive Drab over Neutral Gray. They are: 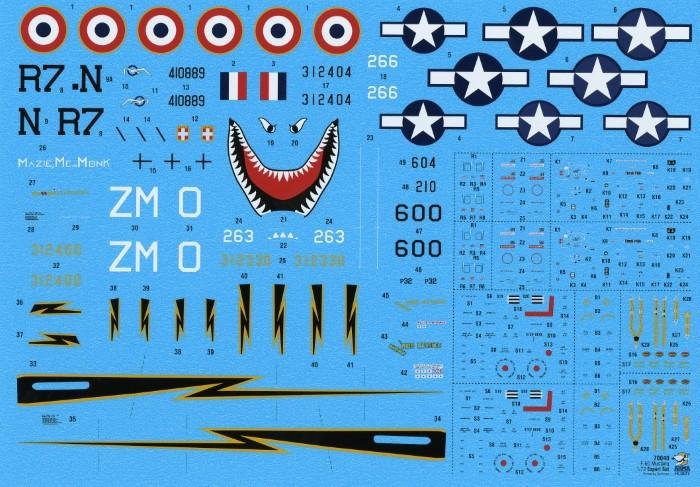 If you haven’t taken the plunge with an Arma Hobby Mustang yet, you’re definitely missing out, so grab one while you can. They offer a wealth of fine features inside and out, and even useful items such as a PE template for scribing the camera hatch, and special undercuts on the fuselage halves to create openings for the camera lenses. This new boxing costs 24.85 € direct from Arma Hobby (www.armahobby.com), but will also be available from Hannants in the UK (www.hannants.co.uk). 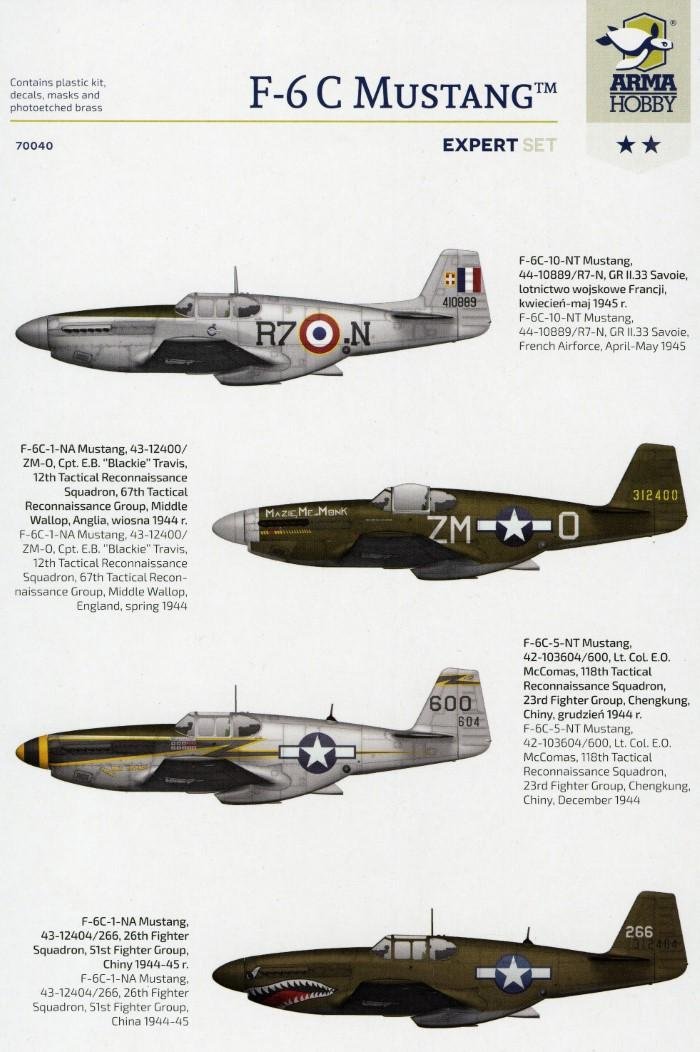