Toby Knight takes on a multi-media challenge in the shape of Atlantic Models’ splendid 1/350 HMS Yarmouth, finishing it as sister ship HMS Plymouth in the Falklands conflict. 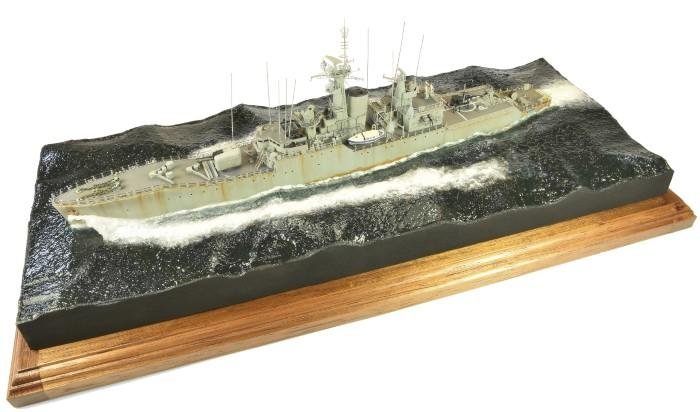 The Royal Navy’s Rothesay-class frigates were developed in response to improvements in Soviet submarine capabilities following World War Two.
In 1945, it was considered that future escort ships should be capable of achieving at least 25kts, but this changed after Soviet scientists managed to obtain late-war German submarine technology. This meant wartime surface submarines were replaced by types capable of 20kts underwater during the 1950s, essentially making many of the Royal Navy’s late-war destroyer conversions (Type 15 and 16) and frigate classes obsolescent.