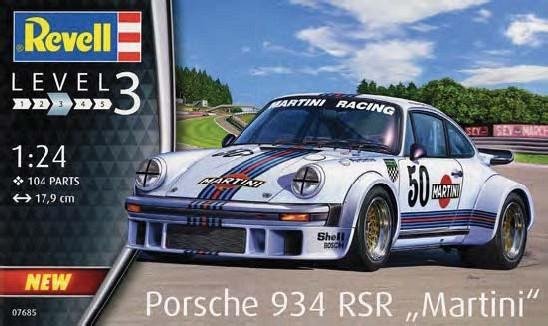 Having provided modellers with Jagermeister and Vaillant-liveried Porsche 934s, Revell has released a version bedecked with ‘Martini’ logos and racing trim. Other than the obvious changes to the decals, the main difference is the provision of the body shell, chassis and bonnet in white styrene (as opposed to green or orange in previous iterations). It comprises nine styrene runners, including one each for transparent and chromed components, plus four vinyl ‘slick’ racing tyres. The type’s mid-mounted engine is replicated faithfully – lacking just ignition coils and electrical wiring – and much of the powerplant is visible through the rear panels, and the spartan cockpit is convincing, with a full roll-cage framework and bucket-style seats. The single box-top scheme features heavily on the decal sheet, as all sponsor legends/logos are provided, along with such items as the extended wheel arch fasteners – all the window seals will require painting though, as will the door shut lines.

BIG WHEELS OF THE LAW 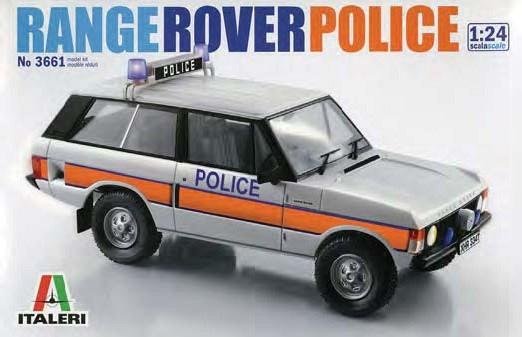 If kits could qualify as ‘classics’, then Italeri’s Range Rover would be in that elite group, being almost five decades old. That said, it features pleasing detail throughout, with parts on seven styrene runners, plus four solid vinyl tyres, and has options for a left- or right-hand drive vehicle. It can be built as just a kerbside (no engine) configuration and, while the rear door can be posed open, that option isn’t available for the side doors or bonnet. Highquality markings are supplied for vehicles assigned to the British Transport Police in 1980, plus the Great Manchester Police and Dutch Rijkspolitie from 1979. All the orange and chequered trim is supplied in decal form, along with the various logos and insignia, which should simplify painting, along with the rooftop ‘Police’ and ‘Stop/Politie’ signs. 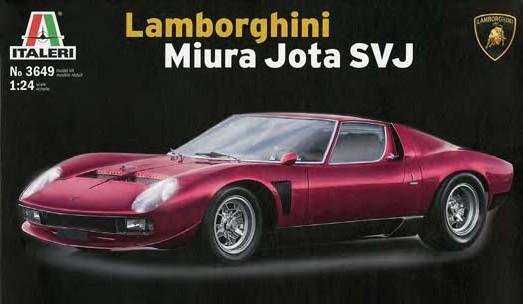 Esci’s Lamborghini Miura makes another appearance, this time in Italeri’s boxing, and the basic parts seem unchanged, with six styrene runners, separate two-piece body shell and single-part chassis/ undertray and vinyl tyres. There are two changes to the original offering, and these are the decals and a sheet of pre-cut acetate for the side windows. It’s configured as a kerbside model, with basic roadwheels and representation of the 4lit, 12-cylinder engine, and would make an ideal project for novice modellers as the silver, black and maroon/wine red components mean this could be assembled without painting. There are options for moveable wheels and a poseable rear engine cover, and there are different types of licence-plate holders. Curiously, the decals include British-style registration for two vehicles, despite this being a left-hand driveconfigured machine, which would have been an unusual sight on UK roads in the 1960s and 1970s. 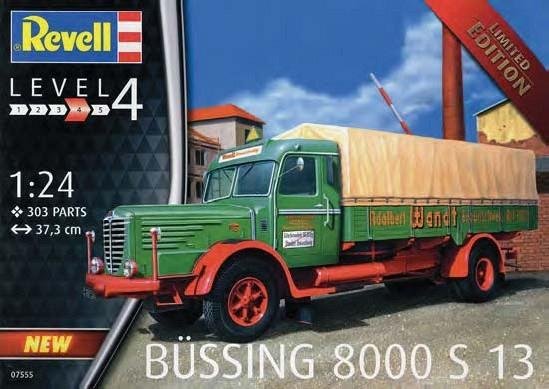 Revell’s 8t-class truck appears to be a straight re-release of the original 1997 kit, albeit in a new box and with re-printed decals (the scheme is unchanged). Given the scale and vehicle’s weight class, this is a big model and this is reflected in the parts breakdown, supplied on 12 styrene runners, with seven wellmoulded solid vinyl tyres. While most components are of a high quality, several suffer from heavy mould seams and flash, and there are sink and ejector-pin release marks, many in highly visible locations. That said, the detail is more than acceptable, with a well-appointed suspension, engine/transmission and cab (configured for left-hand drive) and choice of open/covered cargo bed. The single scheme depicts a vehicle from the Wandt company, based in Braunschweig, with its distinctive red chassis and green coachwork.