Adding trees and foliage to a landscape adds height, colour and a sense of scale to a scene. ANTHONY REEVES puts the finishing touches to the autumn diorama to create a realistic vista. 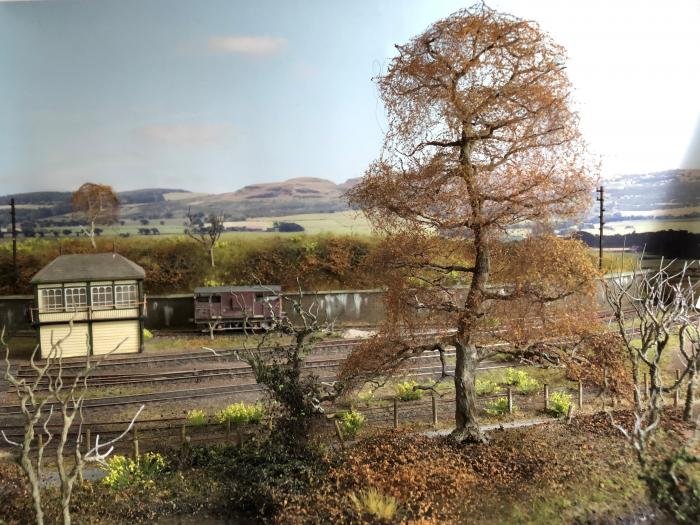 Above: Early afternoon autumnal sunshine casts a shadow of the trees at the front of the diorama on to the signalbox.

THE SCENE is a quiet little junction on an autumn afternoon. Even though there is no major hustle and bustle, there is plenty of scope to add lots of interesting detail and scenic features to enhance it beyond the basic landscape which we have built over the last three issues.

The trees which were demonstrated in HM149 have been added to the diorama in carefully considered positions. Most of the trees have been placed in front of the railway inviting the viewer to look though or around them to see the scene beyond. The larger tree (210mm high) and a scale 52.5ft is placed just off centre and works as a good visual balance to the signalbox.