CIRCLES IN THE SKY

CIRCLES IN THE SKY

Andy Davies has fun building and modifying an oddity from the golden age of aviation in the form of the 1/72 AviS Lee-Richards Annular wing No.3. 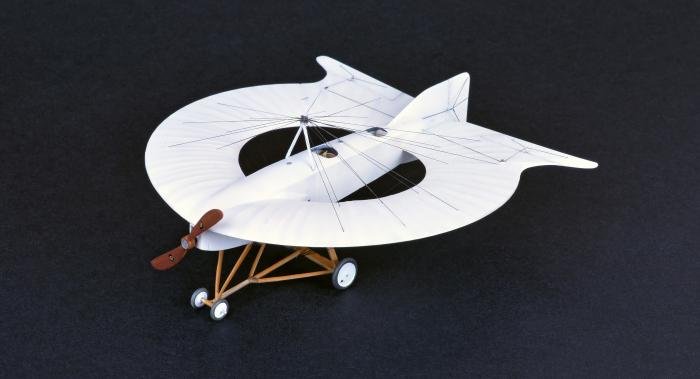 George Tilghman Richard’s peculiar monoplane design incorporated an innovative annular wing, tricycle landing gear and an 80hp Gnome Lambda air-cooled rotary piston engine, giving a top speed of 80mph. Monoplane No.1 was taken for its maiden flight in November 1913 by Gordon England, who found it stable to fly but tail-heavy, resulting in a crash following an engine failure. The aircraft stalled shortly after take-off and fell some 150ft into telegraph wires.