THE FIRST of Bachmann’s product announcements for 2020 took place on February 4/5 with the manufacturer revealing a collection of new ‘OO’ gauge models for release through February-April.

Bachmann has announced a second ‘OO’ gauge Europhoenix Class 37/7 as 37800 Cassiopeia for release this spring. It will be available DCC ready and DCC sound fitted.

The manufacturer has changed its routine for product announcements and will now be offering quarterly listings conveying new items for its collections. The February launch also saw confirmation of the delivery timescale for a number of its previously announced models which are scheduled to arrive during the same period.

The SECR ‘C’ 0-6-0 is to be made available in Southern Railway lined black this spring for ‘OO’.

Topping the list of new products are SECR ‘C’ 0-6-0 1573 in Southern Railway lined black (Cat No. 31-464A) together with Class 37/7 37800 Cassiopeia in the striking Europhoenix colour scheme for ‘OO’ gauge (32-393/32-393SF). Joining them is a new trio of SECR ‘Birdcage’ stock in SECR Dark Lake livery covering a Brake Composite Lavatory (BCL), Composite Lavatory (CL) and Brake Third (BT), together with three 35/41ton bulk grain wagons in BR bauxite, Grainflow green and BRT blue livery and a pair of GWR ‘Toad’ brake vans in GWR and BR grey.

A second run of SECR Dark Lake ‘Birdcage’ carriages have been announced for ‘OO’.

Expanding the Scenecraft range for this quarter is the return of its highly popular Bluebell Railway building collection. The buildings are based on those at Sheffield Park and cover the booking office, canopy, waiting room and toilet, plus office and store. The tooling has been amended for these models and the canopy now features injection moulded parts instead of resin for finer detail. The full set will be released in both crimson and cream as well as green and cream colour schemes. 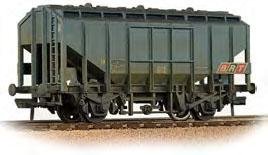 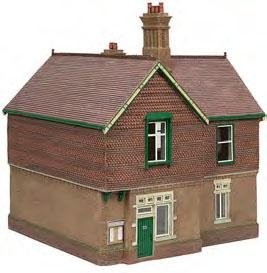 The sought after Scenecraft Bluebell Railway station buildings for ‘OO’ are being revised and returned to the range this spring. They will be available in red and cream as well as green and cream colour schemes.

Graham Farish ‘N’ gauge is to benefit from the arrival of the modified Class 70 in Freightliner (371-640) and Colas Rail (371-641) liveries together with the return of the BR ‘3MT’ 2-6-2T (372-331) while its all-new Thompson carriages are set to debut in April with the arrival of the First (FK) and Composite (CK) vehicles arriving in LNER faux teak and BR crimson and cream.

Scenecraft sees delivery of a number of low relief buildings across ‘OO’ and ‘N’ gauge as well as a tent, bus stop and industrial tanks. See the accompanying tables above for more details and the video report on the Bachmann 2020 announcements below.