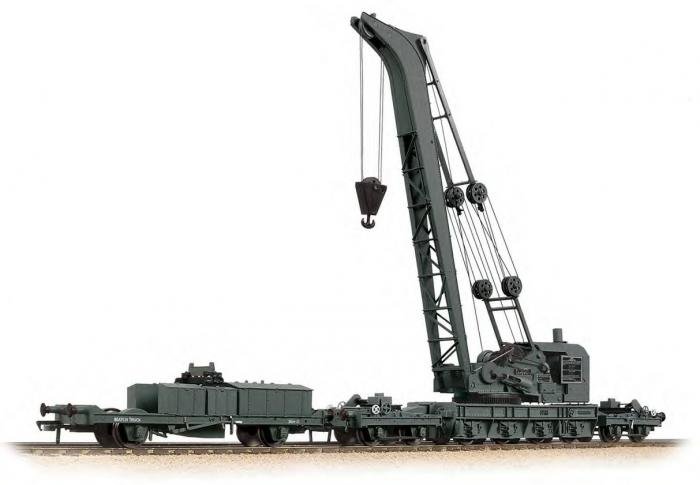 Bachmann’s eagerly awaited ‘OO’ gauge Ransomes and Rapier 45ton steam crane is now planned for release in the third quarter of 2019. It will feature a working jib as well as an outstanding level of detail.

NEARLY 500 new items have been announced across Bachmann’s Branchline and Graham Farish model railway ranges in its 2019 catalogue. The new catalogue launched on January 14 at an event in London. Highlights include a new ‘OO9’ diesel shunter and a suite of supporting narrow gauge Royal Naval Armaments Depot (RNAD) wagons, the HKA hopper in ‘OO’ and ‘N’ gauges, a ‘Parrot’ bogie flat in ‘N’ plus a rise in the amount of sound fitted locomotives being produced across its ranges.