NEW PRODUCTS are in bound from Bachmann's brands this winter with the addition of new sound fitted locomotives in 'OO' and 'N' gauge, brand-new tooling for 'N' gauge with EFE Rail and a line up of new liveries for existing products in its ranges.

Above: Three new versions of the LBSCR 'Atlantic' are coming this winter from Bachmann for 'OO'.

Above: New for 'N' gauge in EFE Rail is the 'Shark' ballast plough.

Above: Also new for 'N' with EFE Rail is the JIA china clay bogie wagon.

Above: Graham Farish's Class 31s will be available with factory fitted sound this winter.

In 'OO' gauge highlights include the addition of sound-fitted versions of the GWR '94XX' 0-6-0PT (due for release this winter) together with factory sound-equipped Class 117 DMUs in the same colour schemes as the first batch released earlier in 2020 (HM158). These will be joined by new versions of the Brighton 'H1' and 'H2' 4-4-2s in LBSCR umber, SR Malachite and BR lined black liveries (with and without sound), two new Class 57s, the return of the Class 108 DMU in BR green with speed whiskers, a SR 25ton brake van and a Mk 1 GUV in BR InterCity livery with Motorail branding.

Above: The Class 57 is making a return in 'OO' in DRS and WCRC colours.

Above: The Class 108 is seeing a new release in BR green with speed whiskers for 'OO'.

The new EFE Rail brand is being bolstered with a collection of new 'OO' gauge products from the Heljan and Kernow Model Rail Centre portfolios including a quartet of Class 58s, three new versions of the ever-popular Beattie '0298' 2-4-0WT, LSWR 'Gate Stock' in SR and BR liveries plus four Cargowaggons in a range of colour schemes - all of which are due for release in November.

Above: In 'OO' EFE Rail is releasing four new Class 58s to market from the Heljan tooling. 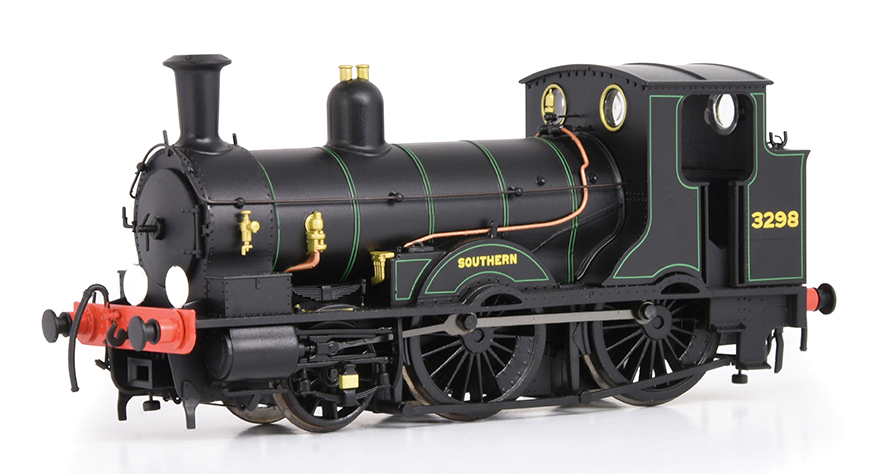 Above: KMRC's LSWR 'Gatestock' will be available nationwide through EFE Rail. 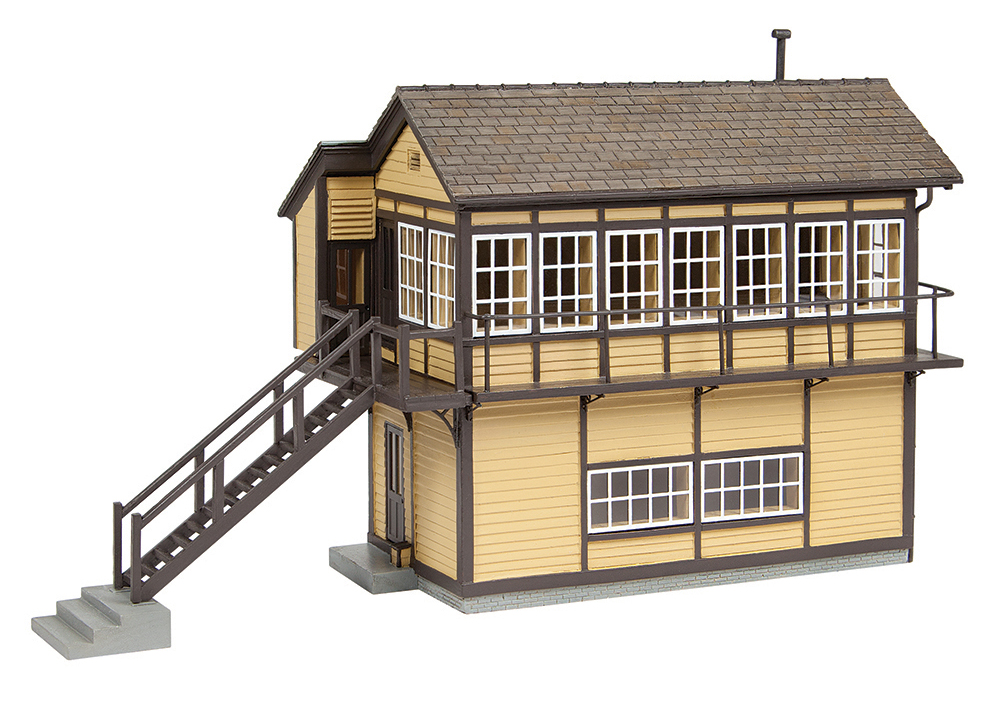 Above: New to Bachmann's 'OO' Scenecraft range is this model of Wroxham signalbox. 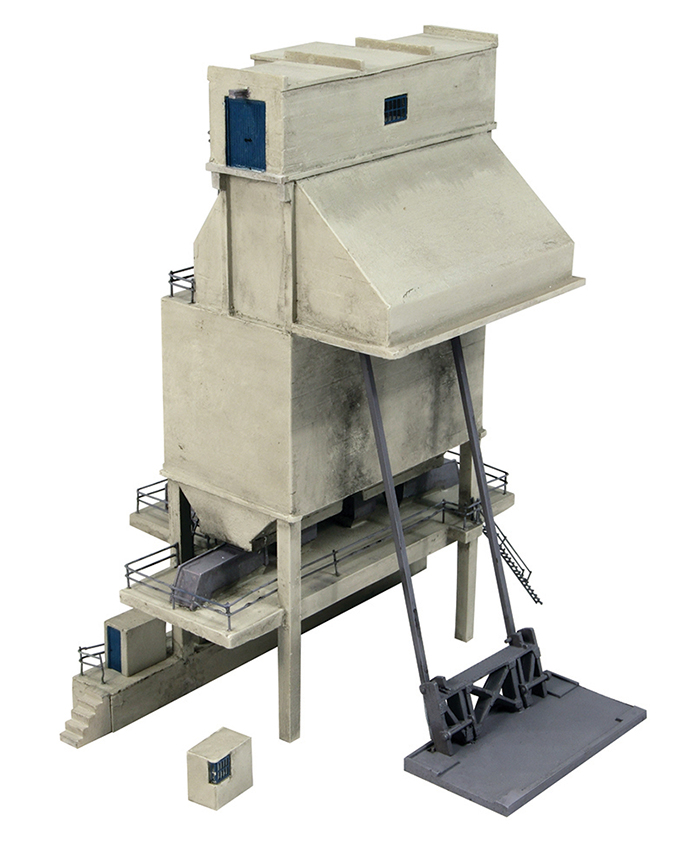 Above: In 'N' gauge the coaling tower is back with Scenecraft.

In addition there are two new limited editions exclusively for the Bachmann Collector Club. The first is a Pride of Britain Train Pack to raise £60,000 for NHS Charities Together which will feature Class 66/7 66731 Capt. Tom Moore in GB Railfreight's Thank You NHS livery and two Easy Model 1:72 scale aircraft - Hurricane LF363 and Spitfire MK356 - modelling the two aircraft which performed a flypast for Captain Tom on his 100th birthday. 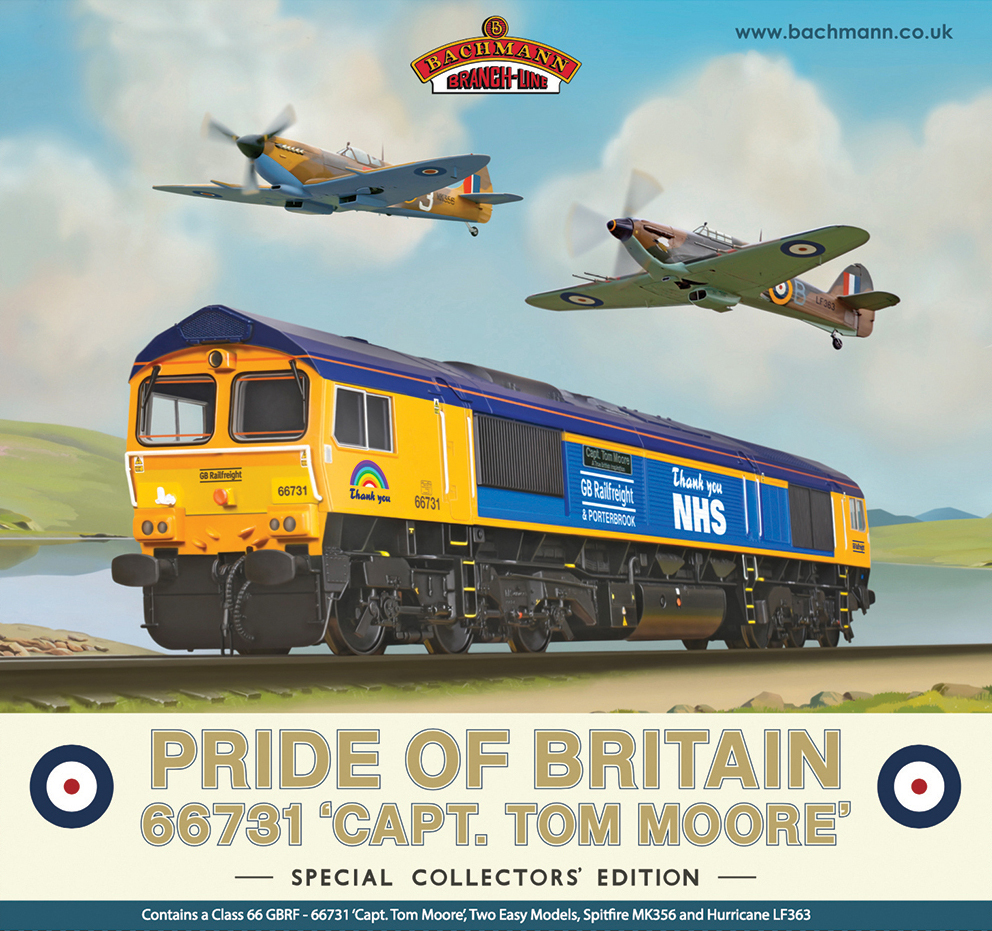 Above: Bachmann is raising money for NHS Charities Together with a new Collector Club limited edition pack for 'OO' and 'N' featuring 66731 Capt' Tom Moore and two 1:72 scale aircraft. 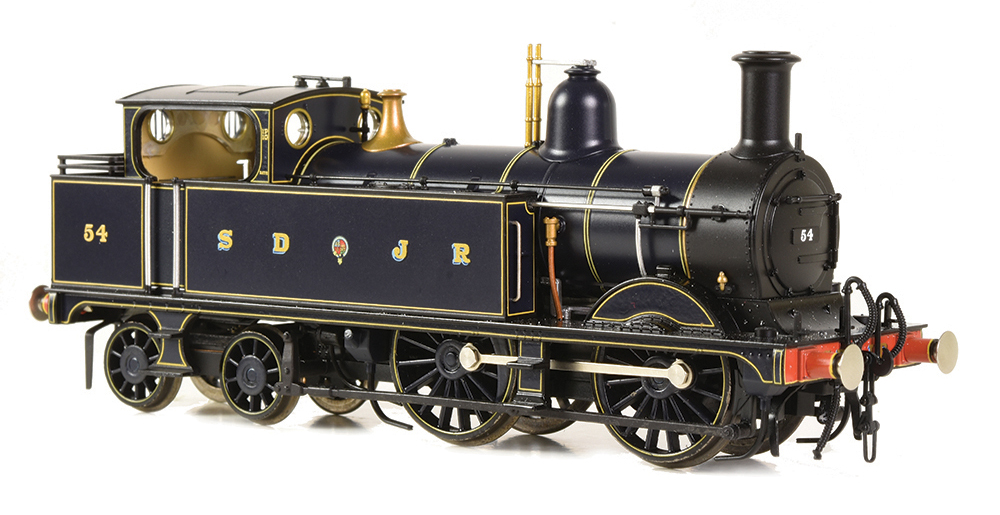 Above: A new addition to the Collector Club special editions is Johnson '1P' 0-4-4T 54 in SDJR lined blue for 'OO'.

The second Collector Club limited edition to be announced uses the new Midland '1532' 0-4-4T as its basis to model 54 in Somerset and Dorset Joint Railway lined blue. 504 will be produced, including 150 sound-fitted versions, using the brand new tooling from Bachmann - see our first review in HM162, on sale from November 5. Prices are set at £149.95 for the DCC ready version and £249.95 for the sound model with delivery expected in December 2020.

Watch the Bachmann announcement video here and check out the full listings below of all the new items planned for release by Bachmann Europe this Winter.