Taunton Model Railway Group is best known for its spectacular model of Bath Green Park which will be attending Hornby Magazine’s Great Electric Train Show. However, as DAVID BUTCHER explains, at its home base at Bishops Lydeard it forms part of a complete railway system... Photography, Trevor Jones. 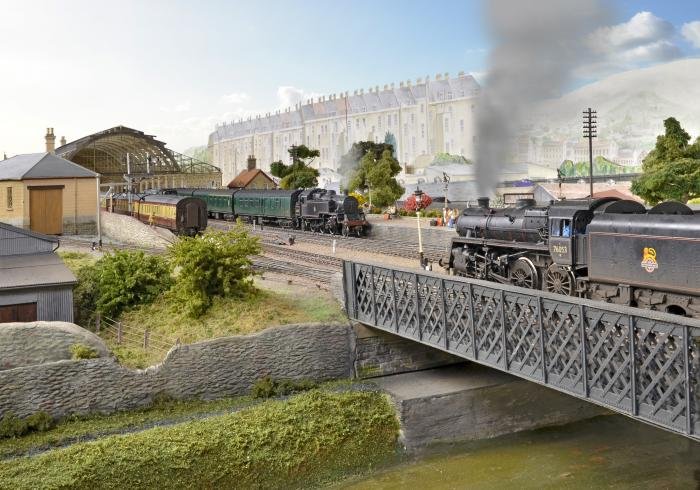 Above: The distinctive overall roof of Bath Green Park dominates the sky line as a BR ‘4MT’ 2-6-0 arrives from the S&D route with a parcels working and a BR ‘3MT’ 2-6-2T prepares to depart. The roof was drawn by Graham Warburton for Alan Gibson to produce the brass etchings as a joint collaboration.