Bellerophon leads the way for KR Models in 2021

Bellerophon leads the way for KR Models in 2021 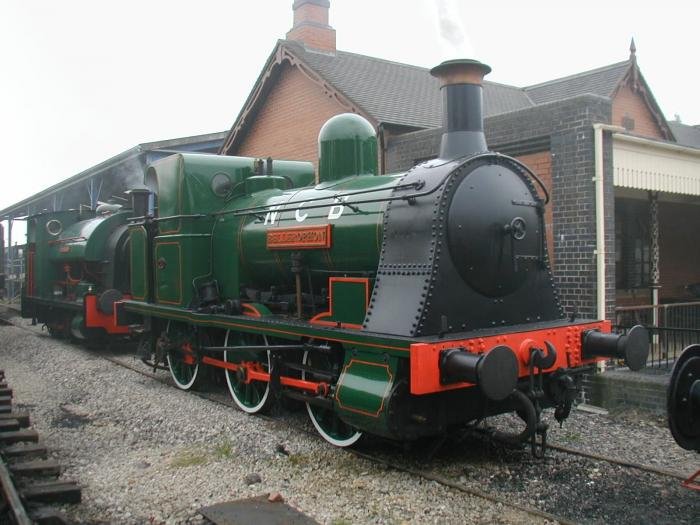 Expressions of interest are being sought for a 'OO' gauge model of the Haydock Foundry's 0-6-0WT Bellerophon, one of six locomotives built between 1868 and 1887 for use at the Haydock Collieries on the Lancashire Coalfield. Designed by Josiah Evans, Bellerophon was the third locomotive to be built in 1874 and currently resides at the Foxfield Railway in Staffordshire.

Provisional prices are set at £190 for DCC ready models and £220 for DCC fitted examples. A DCC sound option will also be offered, although a price has yet to be confirmed.

KR Models' second 'OO' gauge model announcement is the Hunslet 1124hp Bo-Bo diesel shunter, built for use at British Steel's Scunthorpe steel works during the early 1970s. Fitted with two Rolls Royce DV8 engines, ten locomotives were initially built for the Works for moving molten iron in special torpedo ladle wagons to the Basic Oxygen Steelmaking plant. An eleventh locomotive was added to the fleet later that decade. In 1990, the locomotives received replacement Perkins CV12 engines and were fitted with remote control equipment for use within the Works complex.

This newly-announced 'OO' gauge model will feature a similar specification to KR Models' previous locomotive projects and will appear in a selection of authentic liveries carried by the prototypes through the years. It will be offered in DCC ready, DCC fitted and DCC sound-fitted formats, priced at £180, £210 and £280 respectively.

Finally, to accompany the Hunslet 1,124hp diesel shunter, the manufacturer is also adding the distinctive 12-wheel torpedo ladle wagons built for use at Scunthorpe steel works to its 'OO' gauge range. Built by Distington Engineering Works of Workington, these huge vehicles normally operate in pairs within the complex.

Development work to the CAD drawings for this new 'OO' gauge project is almost complete. The impressive specification will include a geared mechanism at one end to enable the barrel to rotate through 180° under DCC operation, while the interior of the barrel will also be fitted with an orange light to replicate the glow of molten metal when the barrel's cap is removed.

Wagons will be supplied in twin-packs priced at £160 for DCC ready examples and £190 for DCC fitted models. Further details have yet to be confirmed.