The Stanier design was introduced in 1935 and the last was built in 1945. Eighteen of the mixed traffic 4-6-0s survive today in preservation. The Ellis Clark/Darstaed model will cover the long firebox version from the batch of 227 locomotives built by Armstrong Whitworth in 1936-1937 with release planned in the first quarter of 2021.

The DCC sound version will use a Zimo MX699 decoder, ‘Boom Box’ double speaker mounted in the locomotive plus synchronised sound and smoke using an exclusive sound project with more than 20 functions. On release the new ‘O’ gauge 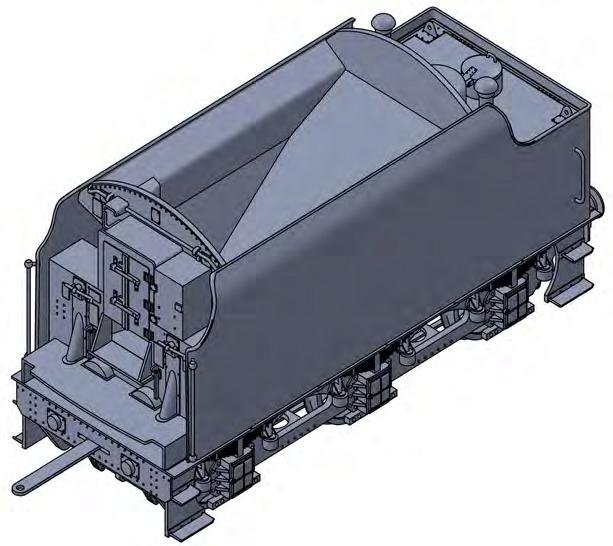 Ellis Clark Trains and Darstaed are developing a new collection of ‘O’ gauge LNER Thompson corridor carriages for release in 2020. The new range will focus on the post-war 63ft designs with a choice of square and round corner window frames. They will be available in LNER faux varnished teak, BR crimson and cream and BR lined maroon.

The new Thompson carriages are available to pre-order now from Ellis Clark Trains. 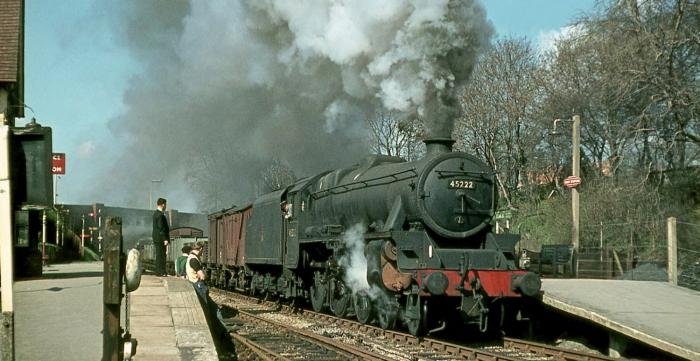 Ellis Clark and Darstaed are to produce the Stanier 'Black Five' 4-6-0 as their first ready-to-run 'O' gauge steam locomotive. 45222 passes through Fenny Stratford Station with a mixed freight bound for Bedford in 1962. A. J. B. Dodd/Railphotoprints.uk.

The first CAD drawings have been completed for the tender with development work continuing on the locomotive.

Decorated samples of the Accurascale ‘OO’ gauge PFA four-wheel container flat have arrived for evaluation with the manufacturer saying that it now expects the wagons to be released in late September. The price is set at £69.95 per triple pack.

The wagon features a diecast chassis and a choice of coal, gypsum and nuclear waste container designs. 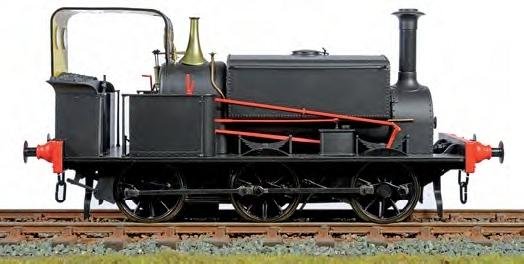 A multimedia conversion kit is being created by Minerva Models to allow its ‘O’ gauge GWR ‘8750’ 0-6-0PT to be modified to model the GWR ‘97XX’ fitted with condensing apparatus.

The class of 11 locomotives was built in 1933 for use on the Metropolitan lines in London. They were fitted with condensing pipes, short hybrid pannier/side tanks, an ‘8750’ style cab and a water feed pump on the right-hand side of the smokebox. All of this will be replicated in the new Minerva kit.

The kit will use resin, brass and white metal parts as well as recycling fittings from the donor ‘8750’ model. It will model locomotives not fitted with top-feed. Prices and release dates are to be confirmed.

Minerva is also producing a limited edition run of the Manning Wardle ‘K’ 0-6-0ST in plain black following customer demand. It is due to be released in November 2019 in DC (£255), DCC fitted (£310) and DCC sound fitted (£380) formats. It is available to pre-order by contacting Minerva Model Railways direct. 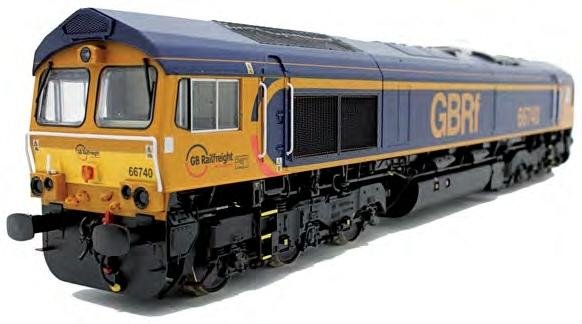 Hatton’s Model Railways’ all-new ‘OO’ gauge Class 66 is now scheduled for release in December this year to allow for modifications to lighting control elements on the Printed Circuit Board (PCB).

Hatton’s is now offering expedited delivery for the Class 66s giving modellers the chance to get their model airfreighted from China rather than waiting for it to ship by sea freight. The service costs £10 per locomotive and it can be added to existing pre-orders. 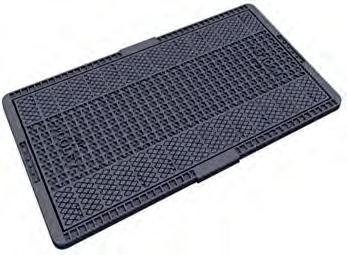 •Revolution Trains recently presented the Royal British Legion (RBL) with a cheque for £1,810 following the success of crowdfunded sales of its ‘N’ gauge Class 390 Pendolino model 390103 Virgin Hero in Virgin Trains’ poppy livery. More than 1,000 crowdfunded ‘N’ gauge Pendolino units were manufactured by Rapido Trains for Revolution, with 181 Virgin Hero packs produced, each generating a donation of £10 to the RBL.

•Laser-cut kit specialist Intentio has joined with Nikki Wilkes of Scale Down Studios to launch a range of multimedia kits. The first collaborative product is a Pooley Weighbridge plate. Pooleys of Birmingham produced weighing machines and weighbridges during the 19th and 20th century. Many of these were installed in goods yards and businesses. The new kit is available for 4mm (‘OO’ gauge) and 7mm (‘O’) scales priced £10 and £15 respectively.

•The ‘Small England’ 0-4-0STT and ‘Double Fairlie’ 0-4-4-0T are to be produced as ready-to-run models for ‘OO9’ narrow gauge in a joint venture between Peco and Japanese manufacturer Kato. Both locomotives are synonymous with the 2ft gauge Ffestiniog Railway in North Wales. The ‘Small England’ is being produced first with release expected in the first quarter for 2021. It will model No. 2 Prince in Ffestiniog Railway green (Cat No. FRE-001) and No. 1 Princess in Ffestiniog Railway lined maroon (FRE-002). Prices are expected to be in the region of £150. No timescale or price has been set for the model of the ‘Double Fairlie’.

•Japanese manufacturer Kato has announced that it will be developing a model of the Hitachi Class 800 IEP units for ‘N’ gauge. Release is targeted for 2021, but no further details have been revealed so far. The Class 800 units have been introduced by GWR to replace HSTs on the Great Western Main Line’s principal expresses as well as by LNER on the East Coast Main Line to replace HSTs and Class 91s. They are configured into five or nine-car trains and can use diesel or electric power.