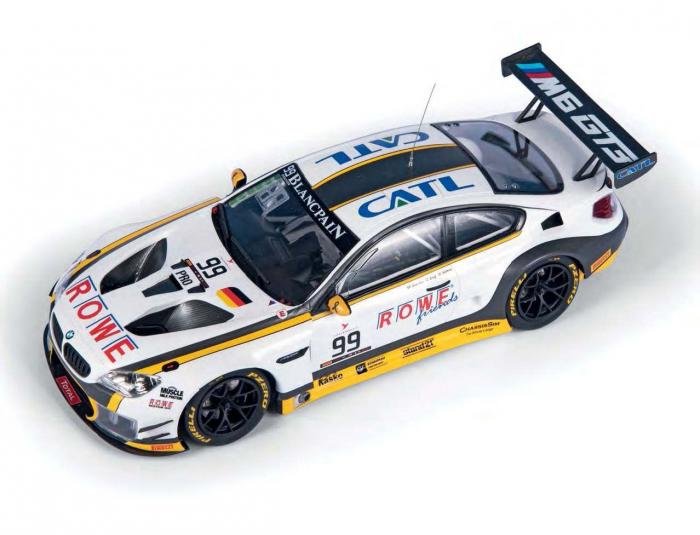 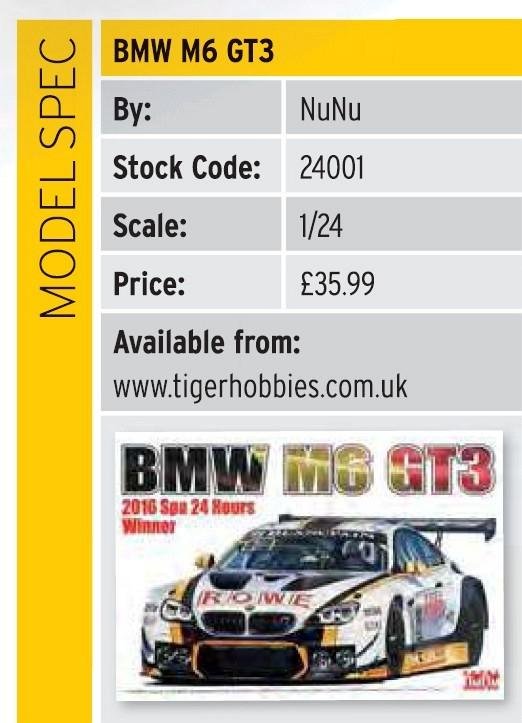 Rowe Racing entered a team of two BMW F13 M6 GT3 cars in the 2016 Group Grand Touring Cars season of endurance races, and in the same year won the Blancpain series with victory at the Spa 24-hour event. The winning car, #99 (driven by Philipp Eng, Maxime Martin and Alexander Sims), is the subject of this build. Motorsport has a huge number of avid fans and as a result, there are detailed photos on the Internet showing just about every aspect of this vehicle.

NuNu is a Japanese brand, closely linked with Platz, which in turn is associated with Beemax. This was its first car kit and came with six styrene runners (one each white, clear and chrome, plus two silver-grey), plus the main body shell, black wheels, four rubber tyres, five poly-caps and a small piece of mesh. Two decal sheets completed the package. 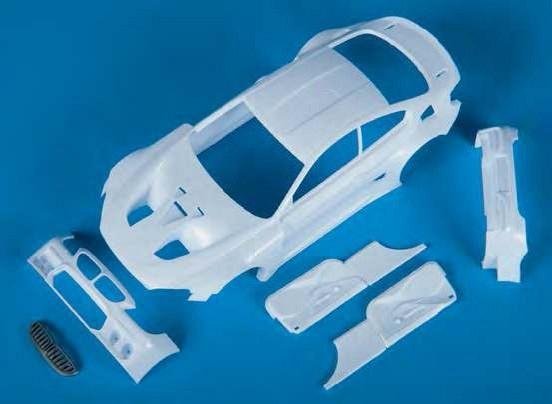 The main body shell comprised just four components, while the door cards were fixed to the interior sub-assembly. 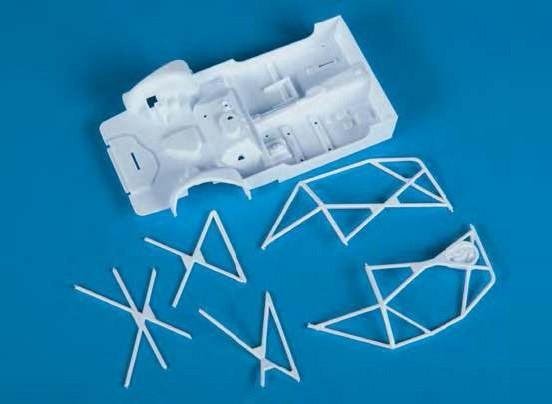 Despite the roll cage’s complexity, it was formed from just five parts, and was then added to the cockpit floor item, which featured excellent moulded detail.