Border Model surprised many with its newly tooled 1/35 Bf 109G-6, which is a splendid way to mix aircraft and military/diorama genres due to its unorthodox scale. Here, Peter Fearon gives this impressive offering an in-depth assessment. 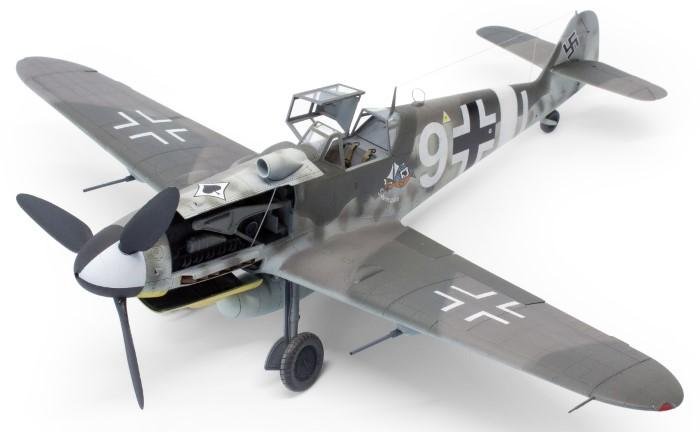 Messerschmitt’s Bf 109 vies with the Soviet Polikarpov Po-2 for the title of ‘most produced aircraft of all time’, with more than 33,000 of each type built. The G-variant of the 109 was an attempt to upgrade the performance of the existing F by installing a more powerful DB 605 engine, and the first models (the G-1) appeared in the spring of 1942. By March 1943, the G-6 had entered service, with upgraded armament specifically intended to confront the escalating US bombing offensive, although this resulted in a serious degradation of performance, putting it at a disadvantage in combat with other fighters. Despite various shortcomings, the G-6 went on to become the most produced 109 variant of all, with some 13,000 units built.