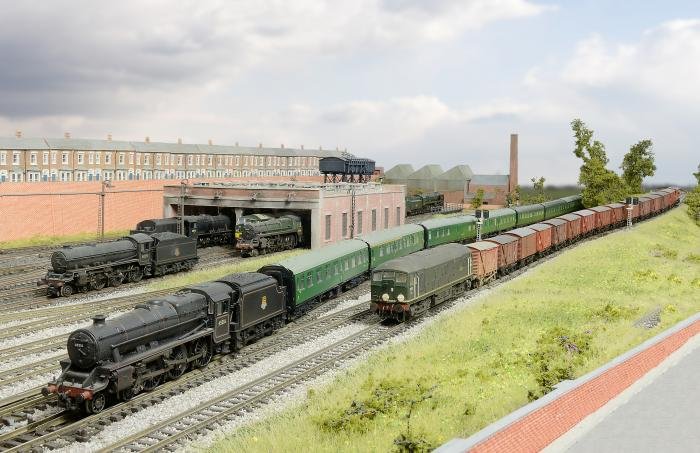 Above: Bachmann's Graham Farish brand produces the definitive BR Mk 1 carriage for 'N' gauge with a wide range of vehicle types and liveries. A Stanier 'Black Five' leads a rake of Southern Region green Mk 1s through the junction at Barrenthorpe Shed representing an inter-regional working.

The Mk 1 carriage has been a persistent part of the 'N' gauge scene since the 1970s with versions being produced by Minitrix, Lima and Graham Farish prior to the highly detailed present day options produced by Graham Farish under the Bachmann Europe umbrella.