For many years the Class 45 was the backbone of the Midland Region, and one of the most recognisable designs of the early diesel period. EVAN GREEN-HUGHES delves into the history of this solid but old-fashioned workhorse. 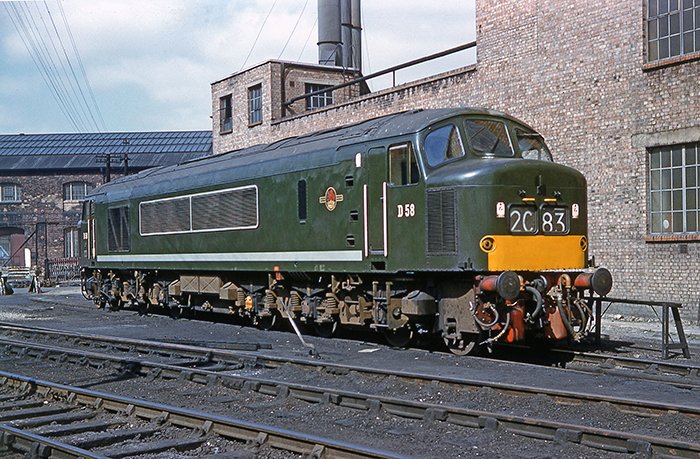 Just over a year old and still resplendent in BR green with small yellow warning panels, D58 (later 45043) stands at Saltley Depot in April 1963. In 1973, by then in BR blue livery, it was named The Kings Own Royal Border Regiment and was withdrawn from service in 1984. Railphotoprints.co.uk.