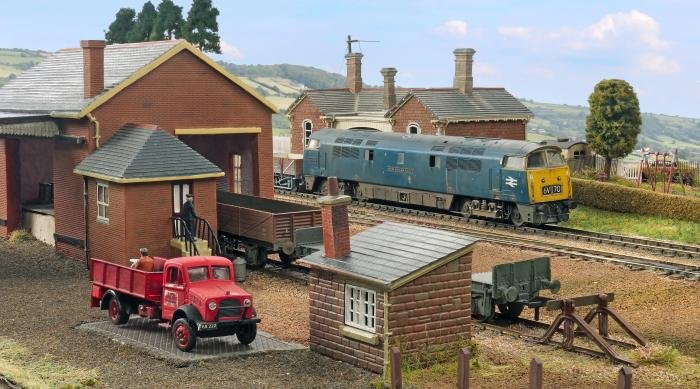 Bradford-on-Tone is situated between Taunton and Wellington in rural Somerset, it is set in the late 1960s-early 1970s when the diesel hydraulics ruled the West of England Main Line. The local member of Parliament lived in the village which may have had a bearing on the station remaining open.

There are over 70 detailed, renumbered and weathered locomotives on the roster including 'Westerns', 'Warships', 'Hymeks', NBL 'Baby Warships' and an NBL A1A-A1A 'Warship'. This central cast is supported by diesel electric classes from the era, all running with pre-tops numbers. Every locomotive and stock combination has been put together after extensive research from books, videos and online videos.

Blue grey DMUs and coaching stock are phasing out the old school maroon liveries on coaching and parcels stock. fFreight stock is varied and includes china clay wagons, stone trains, cement, and various West Country based goods workings. Of course the milk trains are shown too along with an extensive collection of engineers wagons, cranes and track equipment all weathered to represent the truly dirty railway of the period.

Read the full feature from HM178 on Bradford-on-Tone here.