The Class 56 is one of only a few British diesel locomotive classes to be designed specifically for heavy freight work and has nowadays largely disappeared from the network - although those that remain could have an interesting future. EVAN GREEN-HUGHES explains all. 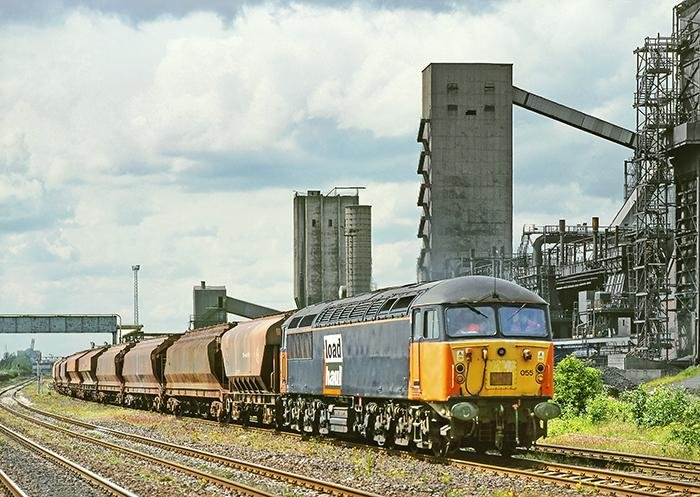 Above: The Class 56s were built by Electroputere in Romania as well as Doncaster and Crewe works. Doncaster-built 56055, now carrying Loadhaul black and orange, has just run round its rake of empty hoppers following delivery of potash to Teesport and is preparing to depart for Boulby to reload on May 31 2000. Railphotoprints.uk.